SuperyachtNews.com - Owner - A broker's reflections on design and value

A broker's reflections on design and value

Matthew Ruane, Cecil Wright & Partners, evaluates the evolution of design and the link between design and residual value… 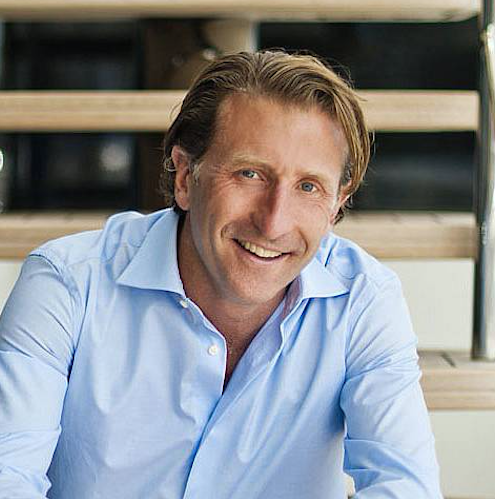 The impact that a particular design will have on a yacht’s allure and residual value is hard to gauge, but few are better placed to critique an owner’s return on investment than brokers. Matthew Ruane, sales broker for Cecil Wright & Partners, has spent 25 years in the yachting industry...

Our focus at Cecil Wright & Partners is on well-managed and maintained yachts, primarily from pedigree Northern European shipyards, and we spend many hours inspecting and evaluating tangible value (usually by the gross ton) by direct comparison to yachts from more competitively priced shipyards from around the globe.

Apart from value attributed to shipyard pedigree and quality of build, we keep our analysis scientific by comparing a broad range of measurable criteria. Less measurable, however – although often more important – is design. Specifying a yacht’s designer among other comparison criteria, while helpful, does not directly translate into added value attributable to a forward-thinking design or general arrangement (GA). Yet great care must be taken to factor this into the price.

A broad look at motoryacht design from the mid-1970s to today presents some obvious examples of forward-thinking trends that have had a clear impact on residual value. Up until the mid-1980s, the predominant motoryacht design of 30-60m featured a same-level, main-deck owner’s cabin set beneath an exterior coach roof with windows to port and starboard.

By the mid-to-late 1980s, forward-thinking designers, such as the late Jon Bannenberg, were shaking up this principle by raising the owner’s cabin (some being split-level) and creating 180-degree panoramic views. As these yachts were avant-garde for their time and often built far away from Europe, these new principles took some time to filter through to Northern Europe’s yacht-building establishments, giving a design and value boost to some less established non-European builds of the time.

Not wanting Northern Europe to get left behind, Oceanco joined the Dutch elite in the mid- to late 1990s, taking these principles and refining them with sleeker profiles, floor-to-ceiling windows and a completely private exterior owner’s deck – even with a Jacuzzi (think of yachts such as Sunrise). Now, we start to see how a combination of forward-thinking, yet timeless, design and Northern European pedigree building could hold good value per GT over decades to come – also assuming, of course, good management and maintenance.

Now, we start to see how a combination of forward-thinking, yet timeless, design and Northern European pedigree building could hold good value per GT over decades to come.

A key consideration for all designers is lifestyle. A shift towards fitness, sport and adventure has not only driven the creation of spaces that better provide for such recreation, but also spaces that enhance one’s connection to the open ocean. I remember in 2002 pondering the GA for a 60m CRN project, later launched as Ability, and admiring how the owner (a keen boxer) had pushed his design team to create a beach club with a gym, punchbag, sauna and steam room, all open to the sea via a fold-down lazarette.

Perhaps it was not the first beach club – we could probably trace the history of the beach club back to Lady Moura in the early 1990s – but this GA spoke to me of a forward-thinking design shift that would add value and catch on. When the time came, the yacht sold at a price-per-ton rate that some thought punched above its weight, all things (such as the pending global meltdown) considered. Fast-forward a decade-and-a-half and I found myself at De Vries Feadship in Makkum, stood in the aft section of what was soon to be the 96.5m Faith’s beach club.

So what’s next? There seems to be a good deal of interest of late in the fluidity of layouts – creating a primary upper-deck penthouse with everything a family may need to dine, relax and take in a movie on one uninterrupted floor above the bridge. Although we have already seen this in larger designs, I expect to see further clever optimisation of this concept, perhaps in the 60-65m range and from the 70m-plus range. Also, we might consider continued optimisation of a pool or main deck that perhaps flows more seamlessly into its guest accommodations.

From a broker’s perspective, most owners want their yacht to be a thing of beauty, given the cost. But only if we carefully consider how the client will use their yacht and think about what will give them pleasure (rather than becoming preoccupied simply with turning heads) will sustainable value be added through design.

This article appears in full in The Superyacht Report. To find out more and subscribe, click here.