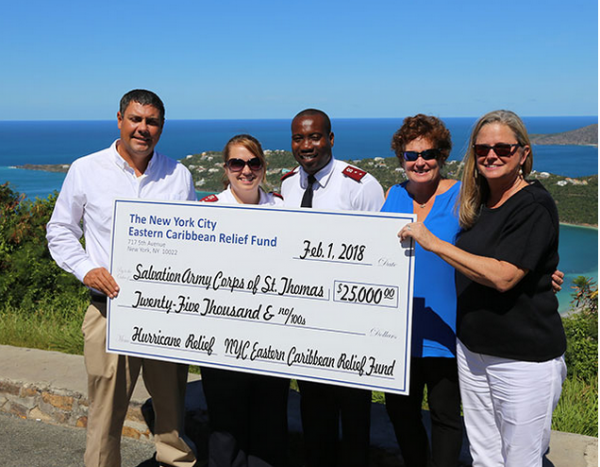 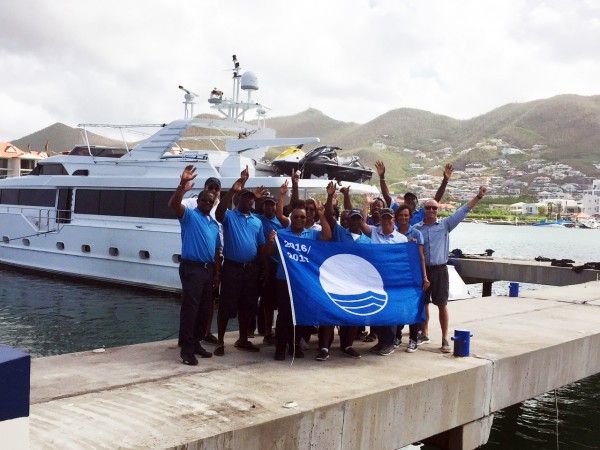 The news and reports surrounding the devastation in the Caribbean following Hurricanes Irma and Maria at the close of 2017 has slowed, but this doesn’t mean that the region doesn’t still need assistance in rebuilding. The NYC Eastern Caribbean Relief Fund has recently announced the charitable groups that will be receiving the funds raised over the past five months. The fund was created by Island Global Yachting (IGY) and its parent company, Island Capital Group, following the devastation caused by Irma and Maria in late 2017. Since its inception, the donations by IGY, its partners and investors, has amounted to the hugely impressive total of $125,000.

Speaking to SuperyachtNews, Tom Mukamal, CEO of IGY Marinas, explains how the team immediately jumped into action after the hurricanes at the end of last year. “Our corporate and on-site marina teams have worked diligently to fully restore operations. The marina at Yacht Haven Grande (YHG) was set up for the response teams, it served as a main access point for the dispatched medical units of the U.S. Army and U.S. Air Force in addition to serving as the landing pad for the Customs & Border Patrol Blackhawk Helicopters.” The marina was also used as a base by organisations such as the United States emergency team, Federal Emergency Management Agency (FEMA) and the FBI, to coordinate supplies and help as needed.

However, Mukamal describes how the IGY team realised that the region would also need long-term, stable assistance, which led them to set up the NYC Eastern Caribbean Relief Fund late last year. “As a 501c3, the fund will work to donate aid to local tax-exempt organisations in the U.S. Virgin Islands, Puerto Rico, and similar organisations in the non-US Eastern Caribbean that, based on local knowledge, can have the greatest impact – including schools, food banks and orphanages.”

The first donation will benefit five separate groups. Three organisations in St Thomas: Virgin Islands Marine Rebuild Fund, Fund for the Virgin Islands and the Salvation Army, U.S. Virgin Islands. In St. Maarten, the recipients will be the I Can Foundation and the New Start for Children Foundation. These groups are dedicated to helping the islands’ residents rebuild their lives in the wake of the destruction caused. The Virgin Islands Marine Rebuild Fund, for example, is committed to boosting employment for those on the island who have been without work since late last year, as a result of the hurricane damage. Crucially, this organisation is also working to see what opportunities there are for locals to become involved with the maritime industry. Both the New Start for Children Foundation and the I Can Foundation in St. Maarten provide shelter and housing for children. The New Start for Children Foundation experienced considerable damage as a result of Hurricane Irma; the roof was completely lost and all of the children’s bedrooms were destroyed.

“Our primary role is to provide the best experiences for our customers whether owner, charterer, captain or crew,” adds Mukamal, who sees the responsibilities of IGY as multifaceted. “This started ‘at home’ making sure that our employees were safe, healthy, and able to work on rebuilding efforts. That has shifted towards making sure our guests are safe, feel welcomed, and have access to all the goods and services they need to make their stay successful and enjoyable.”

Mukamal stresses that all those who visit, work in and benefit from the area have a duty to aid in the recovery process. “All industries (including the yachting industry) that do business in the region have a role beyond their core business to support a long term and sustainable recovery. This can come in many forms, such as participation in philanthropic initiatives or advocacy.” He adds that the reconstruction of the yachting industry – and wider tourism hotspots – has been a priority due to the significant economic impact that visiting vessels have on the region.

“All industries (including the yachting industry) that do business in the region have a role beyond their core business to support a long term and sustainable recovery. This can come in many forms, such as participation in philanthropic initiatives or advocacy.”

In addition to working with the local population to rebuild the island, Mukamal sees the aftermath of the hurricanes as an appropriate time to make positive changes moving forward, in order to improve facilities on the ground. “Beyond our philanthropic efforts, the aftermath of the storms has created opportunities to evaluate and enhance important policy and regulatory changes in the maritime sector. For example, we intend to work more closely with local stakeholders on regulatory changes to limit infrastructure and environmental damage in future storms.”

Offering a candid insight into the current situation in the region – as there have been many mixed reports – Mukamal explains that while the region did see charter guests in 2017, he foresees that by the fourth quarter of 2018 there will be almost a full return of facilities and yachting in the region. “The recovery is gaining strength and many, if not all, expected services have been restored to the islands. We are celebrating every single vessel that visits our ports. The customer presence means an enormous amount to the islands at this time as it is a symbol of resilience and has resulted in a lot of lifted spirits for the great number of people who, just a few months ago, experienced tragedy that in many ways is unthinkable to most of us.”

The good work of the NYC Eastern Caribbean Relief Fund is not over. The aim of the organisation is to raise a total of $5 million for the region’s recovery. As Mukamal concludes,  “We are all in the same boat this season and the next... and we can make a difference.”

To find about more and donate to this worthy cause, click here…

"I was born on the water"