SuperyachtNews.com - Owner - How should owners prepare for the unexpected? 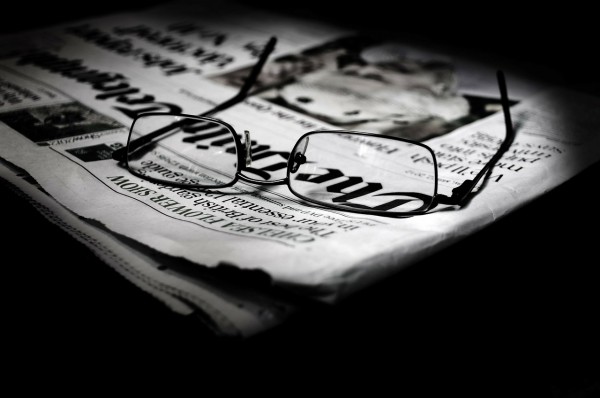 Mark Clark has over 25 years of working on crisis desks in both the commercial world and UK government transport and health departments. He is a director at MTI Network.

There’s always a war of attrition between journalists chasing a story or image (in or out of context) and owners who seek privacy while on holiday or taking time out with guests. It can lead to reluctant yacht captains coming face-to-face with journalists, paparazzi and localised news bureau staff. This is a task that is well beyond the comfort or training of most captains, let alone other crew on board who, normally, are not used to dealing with such a situation.

Recently, names of superyachts have been cited in the national and international media for reasons other than just their glamorous arrival in port or a glimpse of a high-profile celebrity on board. If you are criticised or perceived to have failed to protect guests or crew in an incident, you must respond quickly and effectively to ensure that public opinion remains on your side. A major incident involving your vessel requires an instant response.

Early last year, a laden carrier developed a severe list shortly after sailing from a major port. To prevent her capsizing, she was, to all intents and purposes, intentionally grounded on a nearby sandbank that was easily visible from both shore and a busy ferry route. Her dramatic 52-degree list contributed to compelling imagery which generated significant local interest and attracted coverage of the incident from around the world.

Her 24 crew and a pilot were rescued by a coastguard helicopter and lifeboat. Four tugboats stood by to keep her steady. Those rescued by helicopter were taken ashore, one for medical treatment. The ship was carrying a large cargo of construction equipment and cars. A major Dutch salvor was appointed. A 200-metre maritime exclusion zone was put in place around the ship and airspace below 2,000ft was closed to aircraft within one mile.

Within hours, the story was in the mainstream media with articles published in more than 70 countries.
From the first moment, the crew were being chased around the city by reporters keen to hear first-hand accounts of their perceived dice with death. Lawyers, on the other hand, were equally keen to keep the media away and avoid any potential tainting of the evidence. One of the main priorities in incidents such as this is to advise crew not to recount their experiences on social media, but instead use their mobile phones to let their families know they are safe.

"Within hours, the story was in the mainstream media with articles published in more than 70 countries. From the first moment, the crew were being chased around the city by reporters keen to hear first-hand accounts of their perceived dice with death."

Clients, charterers and the vessel’s insurers all need to hear reassuring messages of what is going to happen next. The Port has to reassure its global external customers that its facilities remain open.
By now, a large media pack had arrived for the great photo opportunity and to find out how such an enormous ship could be brought upright without any loss of cargo or oil. Therefore, a media briefing session was essential. A senior member of the company attended that evening’s briefing, which was to be carried live by TV networks, and our CEO came to represent the owners.

Interest on social media expanded even more quickly, with about 5,000 tweets alone in the first 24 hours and more than 30,000 posts over three weeks until the vessel was brought back into port. The numbers show just how quickly news can spread:
• One million people knew about the incident within three hours on social media
• By the end, 13 million users had come into contact with the story
• Over the three weeks of the incident there was an average of 20 impressions every second
• 180 countries saw and engaged with the story

Eventually, and under the watchful eyes of the media, salvage operations were completed and the vessel list was successfully reduced to just five degrees without any spillage of oil or loss of cargo.
Later that month, the vessel was towed back into port and her cargo was carefully offloaded, with much of it undamaged. It then sailed to a yard elsewhere for repairs and is now back in charter and on her regular routes.

Why was there such interest? There had been no major casualties or loss of oil. It was all down to location, imagery and high-end equipment and cars being trashed on board. A laden carrier on its side, lit by tugboats fore and aft late at night, made for dramatic pictures. The vessel was located in the fairway to an incredibly busy port. The site of the grounding was close to ferry traffic, making it irresistible to passing cameras.
Now consider what would happen if your own vessel was in a similar plight in full view of the TV cameras. It is tempting to think that if you don’t respond to a journalist then there will be no story; unfortunately, no response is usually seen by journalists as an admission of guilt. If you don’t respond, then someone else will and they may not have your best interests at heart. By managing the perception of an incident and ensuring that you get credit for your response, you can minimise public pressure and, in turn, limit any incident-response costs.

Crisis communications management is not just about issuing a press release and hoping it will all go away in the next news cycle. If footage exists of a yacht captain out of his depth or a superyacht holed and listing, the coverage could run for days. Crisis communications is about the practicalities of delivering a well-rehearsed and drilled plan to actively media-manage an incident and minimise its impact on any owner or yacht manager. It’s also about ensuring that those on the front line are trained to deal with media intrusions. Yacht captains and crew can find themselves as the public face of the vessel, the yacht manager and even the owner and guests.

"Crisis communications management is not just about issuing a press release and hoping it will all go away in the next news cycle. If footage exists of a yacht captain out of his depth or a superyacht holed and listing, the coverage could run for days."

Crisis communications is about the practicalities of delivering a well-rehearsed and drilled plan to actively media-manage an incident and minimise its impact on any owner or yacht manager. Just as crew receive emergency training, they should also receive media training to ensure they’re ready to respond when journalists arrive at the scene of a major incident.

This article originally appeared in The Superyacht Report.