Could the growing appeal of Antarctica be its downfall? 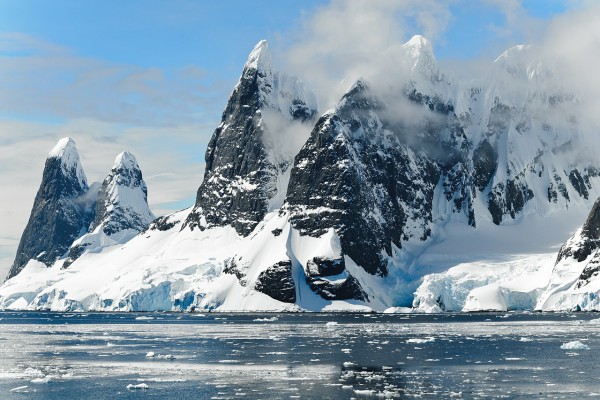 The lure of the Antarctic is becoming stronger among adventurous travellers, particularly in the UHNW sphere. One doesn’t have to look too hard within concepts and new builds populating our market to find many vessels dubbed ‘explorer’ or listed as polar code certified.

The reasons to visit this region are obvious; the pristine landscapes and wildlife are huge attractions for visitors. The summer ‘season’ for Antarctica runs from November to March, and there are a growing number of tourists who are making the journey south. Earlier this year, the International Association of Antarctica Tour Operators (IAATO) reported more than 51,000 visitors last season (an increase of 17 per cent from the previous year).

Earlier this year, the International Association of Antarctica Tour Operators (IAATO) reported more than 51,000 visitors last season (an increase of 17 per cent from the previous year).

However, the intricacies of Antarctica may mean that is it more vulnerable to unregulated tourism and environmental damage. The governance of Antarctica is unlike any other in the world. In 1959, ‘The Antarctic Treaty’ was signed by 12 nations who voted to adopt a number of treaties protecting the area; one of which was to “maintain the continent as a natural reserve devoted to peace and science.” As the region technically doesn’t have any permanent residents, it doesn’t have an official elected government, rather a regulatory system known as the Antarctic Treaty System (ATS); as of 2018, there are 53 countries subject to the ATS.

This unusual system of governance means that, as there is technically no citizenship of Antarctica, the visitors to the region are subject to their own country’s laws while there (if they are a party of the ATS). For example, if a UK citizen committed a crime while in Antarctica, they would be tried in a UK court under UK jurisdiction. But as eco-crimes and their prosecution differ throughout the world, it could mean that some individuals aren’t held as accountable as others.

Governments across the globe are taking action about the damaging impacts of ‘over-tourism’. Last year, the Pacific island of Palau introduced a law that required visitors to sign an environmental pledge not to harm the environment, before they entered the country. Palau also recently committed to banning certain types of sunscreen by 2020, reporting that the chemicals used are full of ‘coral reef eating’ toxins. The Thai government recently made the decision to close the famous Maya Bay, after years of tourists flocking there. Within weeks, wildlife had returned that hadn’t been seen in the area for years. But can there be a unified approach like this in Antarctica?

According to reports, there are 33 maritime vessels currently registered with IAATO, with this number expected to increase by at least 20 in the near future. Further, just a few weeks ago, China announced that it would be building Antarctica's first airport, meaning an even further increase in tourism traffic to the region.

When it comes to superyachts visiting the region, Ben Lyons, CEO of EYOS Expeditions, explained in a conversation with The Crew Report the procedures that the company undertakes to prepare for its voyages. “We apply through the UK FCO (Foreign Commonwealth Office) because we are a UK company. We then become a member of the International Association of Antarctica Tour Operators [and] by becoming a member, you are agreeing to certain procedures, policies and protections of the environment, but at the same time you are also joining the IAATO search and rescue emergency plan, which is a big incentive.”

As yachting continues to expand its horizons, the industry needs to consider the impact of its presence in these places. According to Amanda Lynnes, head of communications and environment for IAATO, “Only ships carrying fewer than 500 visitors are allowed to make landings at approved sites in Antarctica and only one ship can visit each site at a time.” She also mentions that those tourists are often thoroughly briefed to “take nothing home but memories and leave nothing but footprints.”

Fortunately, she reports that those visiting the area would typically be committed to ensuring its protection. “There’s a staff to visitor ratio of at least 1:20 to ensure these policies are followed, but in truth, we find that for the majority of guests, ambassadorship for this astounding place is part of the experience. By the time they reach Antarctica, guests understand their role in visiting the continent responsibly.”

"We find that for the majority of guests, ambassadorship for this astounding place is part of the experience. By the time they reach Antarctica, guests understand their role in visiting the continent responsibly.”

When discussing Antarctica, you often hear the phrase ‘common heritage of mankind’, meaning that it’s for the benefit of all to be protected. As much as superyacht clients want to enjoy this region, it’s imperative to protect it for future generations.