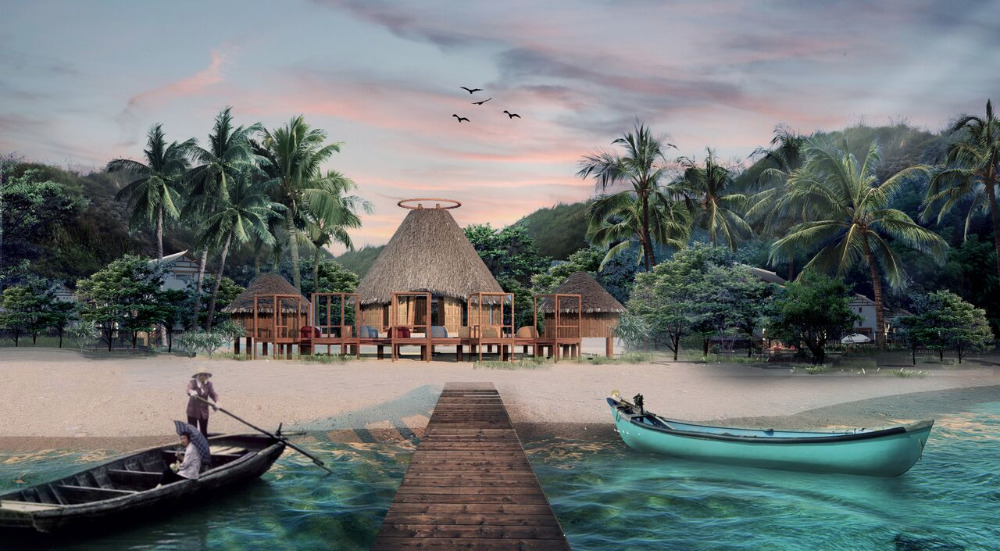 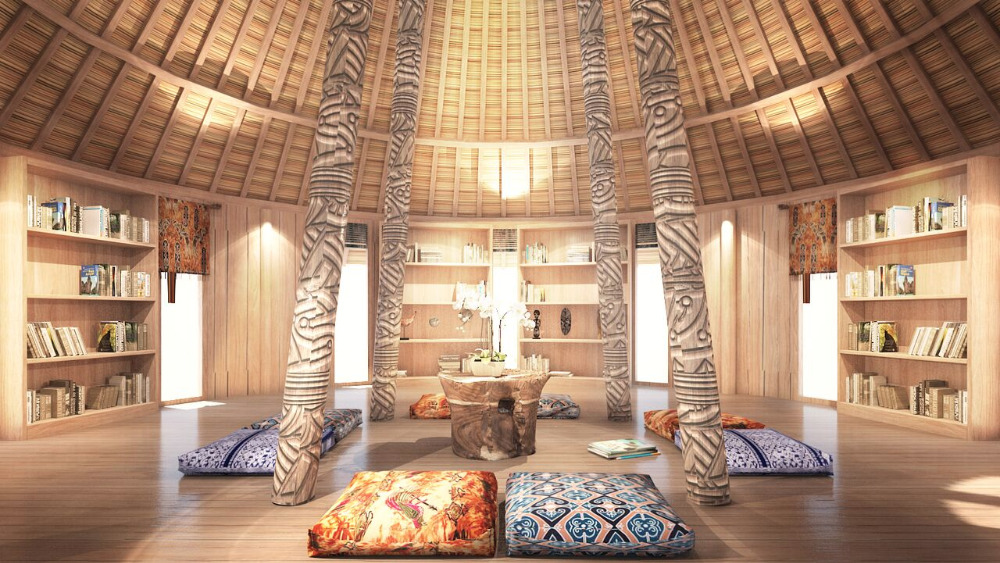 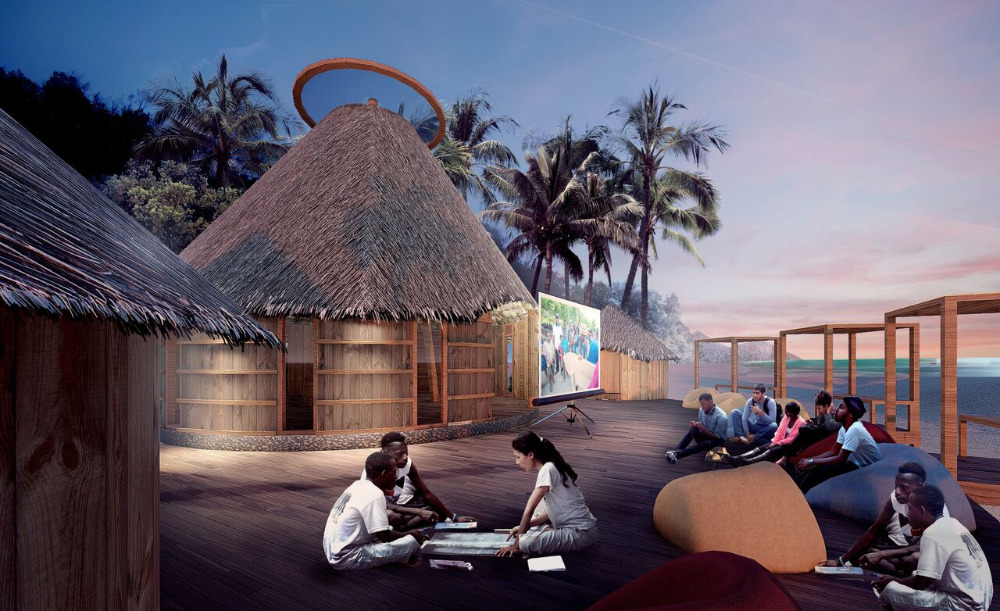 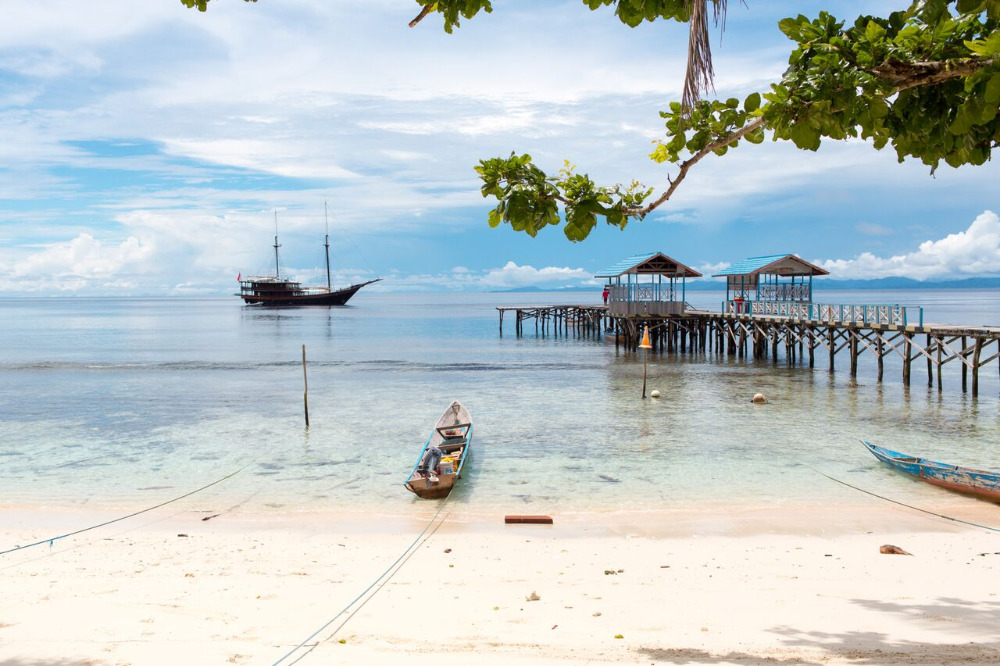 Dunia Baru, the 51m yacht based in Indonesia, has announced its plans to make a difference in Raja Ampat, one of its prime cruising grounds. Last month in Singapore, I sat down with Mark Robba, owner of Dunia Baru, to discuss the yacht’s philanthropic project: building an education centre for the local community. “We’ve been going to Raja Ampat for a number of years and we have been thinking of how we can do something,” Robba begins. As charter clients who visit the area on board Dunia Baru are encouraged to immerse themselves in the region’s culture, it seemed like a natural fit to focus any humanitarian project on giving back to the area they visit. “Truly experiencing the region is more than just diving, it’s interacting with the villagers and the local life,” explains Robba.

At a time when he was considering what the right project for Dunia Baru would be, the Raja Ampat Tourism Authority approached yachts cruising in the area to discuss a potential collaboration that benefited the local population. When Robba was discussing the possibilities with the local governing bodies, he was keen to highlight the high calibre of visitors that Dunia Baru attracts, and the huge potential of positive impact they could have on the region. “I wrote them a letter and said that we wanted to do a corporate social responsibility programme, and also wanted them to understand the level of clientele we cater for.”

Robba agreed with the tourism authority that Dunia Baru would commit to donating $10,000 per year; they then suggested a specific village, Saundarek (on Mansuar island) and proposed using the money to build a library. For Robba, it was really important to leave a lasting impact on the area. “At first, we wanted to offer a medical treatment trip, but then that’s just like a bandaid ... it’s a one-time thing,” he remarks. “Whereas here, with this project, you are increasing people’s education, knowledge and their skills.” Once the idea had been finalised, Robba called upon his friend Popo Danes – renowned architect and designer in Bali – to collaborate on the project. Danes was a driving force in ensuring that the project used natural sources that mirrored its surroundings and was ecologically-conscious. “[Danes] wanted to use sustainable construction methods that are indigenous to Raja Ampat,” Robba explains. “He wants to teach the local people about sustainability and conservation, so it’s evolved from just a library and it is now a learning centre.” The designs will feature local carpentry and materials, but will also use solar panel technology to ensure the centre leaves as little ecological imprint as possible.

“At first, we wanted to offer a medical treatment trip, but then that’s just like a bandaid ... it’s a one-time thing,” he remarks. “Whereas here, with this project, you are increasing people’s education, knowledge and their skills.”

The support from the local community has been overwhelmingly positive. “The government say that Dunia Baru is the benchmark,” says Robba proudly. “We’re establishing a connection with Raja Ampat. We are giving something back and we hopefully can lead the way for other boats to be involved.” The ability to support a learning centre is not just limited to those who charter on Dunia Baru, as Robba hopes that superyacht companies will also want to get involved in the initiative. “We’re now toying with the idea of who else we could partner with, maybe not just people who charter the boats, but a brokerage house or a large yacht brand.”

“We’re establishing a connection with Raja Ampat. We are giving something back and we hopefully can lead the way for other boats to be involved.”

As many UHNWIs look to use their money to make a significant improvement in the world, this is an opportunity to see first-hand the positive impact their contribution is making. “For so many people that are chartering superyachts, $10,000 is a small amount of money, and it gives them a connection to the area where they have stayed. It will add so much more to the trip,” Robba remarks. Further, he believes that this will encourage more charterers to continue to come back Raja Ampat, so that they can see how much their donation has influenced the village.

As construction on the first learning centre commences in July, with an opening ceremony planned for November, the positive role that Dunia Baru will have to play in the village’s life moving forward is undeniable. For those who enjoy the beautiful scenery and incredible culture that Raja Ampat has to offer, it seems only right to give back to an area that hosts their unforgettable experiences.

All images courtesy of Dunia Baru and Popo Danes

Fraser commits to cleaning up