SuperyachtNews.com - Owner - Could cryptocurrencies be a digital revolution for yachting?

Could cryptocurrencies be a digital revolution for yachting?

The skyrocketing value of the Bitcoin is proof of the power of synthetic digital banking currencies.… 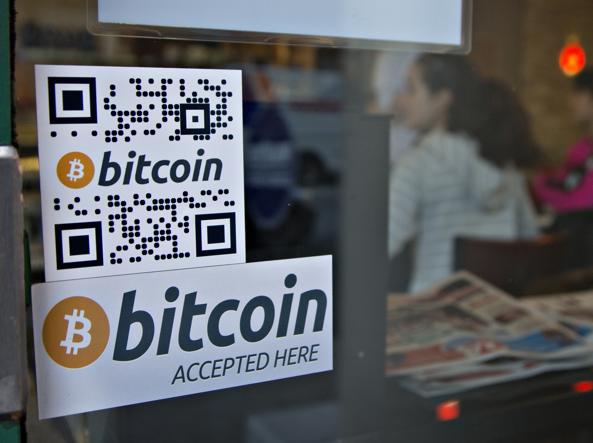 Cecil Wright & Partners’ latest announcement – that the owner of €20.5 million M/Y Turquoise will accept payment for the boat in cryptocurrency – is recognition that digital currency exchange does have a future, and is not just a momentary furore.

But, what are cryptocurrencies? Are they even a currency at all? There are few technologies that have enthused such public debate and confusion. Nonetheless, interest in Bitcoin, the most prominent cryptocurrency, is now greater than ever – having transformed early investors of dimes into millionaires – and it has become the world’s best performing currency.

Bitcoin is a synthetic digital banking currency that was created in 2009 as an alternative to government fiat currencies. It uses decentralised technology to allow secure peer-to-peer transactions, with no intermediary. The success of Bitcoin as the predominant cryptocurrency has spawned a litany of copycat systems, such as Ethereum, which is seeking to match Bitcoin’s grasp on digital currency exchange.

Through a process called ‘mining’, Bitcoin are released into existence and transactions are added to the block chain, however there is a market cap of, supposedly, 21 million Bitcoin and there are currently 16.5 million in circulation. Thus, there are only so many Bitcoin that can be ‘mined into existence’.

“It’s only being taken seriously now because it’s worth so much money.”

What is the significance of all of this to yachting companies?

There are numerous benefits of a brokerage deal in cryptocurrency: the transactions are anonymous, because they are peer-to-peer and decentralised. Therefore, there are no third-party intrusions from governments, banks, or other financial intermediaries. This also means that the transactions are tax-free. The transaction fees are also very low and transactions can be made instantly – anywhere, at any time.

“It’s only being taken seriously now because it’s worth so much money,” rationalised Barnes Hawkins, in an exclusive conversation with SuperyachtNews. Hawkins is managing director for MyJets, a private jet brokerage company, which introduced Bitcoin as a charter payment method several years ago.

Hawkins has two very good Monaco-based clients who deal solely in Bitcoin. Subsequently, MyJets accepts payment for jet charters in Bitcoin through an online broker website called BitPay. “Bitcoin is worth so much now that a £10,000 flight only costs my clients several Bitcoin,” he added.

“My clients got into ‘Bitcoin mining’ at a very early stage, when they were only worth a few dollars, or a few cents, each. The growth in value has been incredible.” The current exchange rate for one Bitcoin is approximately €2,900. To put this growth into perspective, at the end of March this year, one Bitcoin was worth under €860.

Hawkins offers an example of how a jet charter transaction works in Bitcoin: “If a client owes me £10,000 for a charter, I’ll send out an invoice to the client through BitPay, which handles all the security issues and taking Bitcoin from the client. As soon as the client accepts the payment, a spot price conversion [to fiat currency] is recorded.”

The client then gives the exact amount of Bitcoin at that spot price to BitPay. “Because the conversion is settled at the exact point in time that it’s accepted by the client, if Bitcoin were to collapse overnight, it would be to the misfortune of the client,” Hawkins added. BitPay takes a one per cent fee on every transaction, which is comparatively little against fiat currencies.

In terms of driving new business, Hawkins said, “I’m on a website called ‘wheretospendbitcoins.co.uk’, which lists companies that accept Bitcoin. I know that there are a number of people who invested in the early days and are now very wealthy, but their wealth is tied up in Bitcoin and they have restrictions on where they can spend it.”

The current exchange rate for one Bitcoin is approximately €2,900. To put this growth into perspective, at the end of March this year, one Bitcoin was worth under €860.

Hawkins says he has not encountered any drawbacks with using Bitcoin, however I consider there to be three worth noting.

Firstly, Bitcoin is susceptible to very volatile fluctuations – this is why Hawkins is liquidating his Bitcoin into fiat currency, rather than keeping charter payments in Bitcoin. As an example of this, Bitcoin was heavily linked to Silk Road, which was an online black market that enabled users to anonymously order drugs, guns and more, until it was shut down in October 2013.

According to reports, it generated the Bitcoin equivalent of $1.2 billion in revenue before it was ceased and arrested. The closure of the site saw Bitcoin lose a quarter of its value in no longer than a few hours.

Secondly, while transactions are technically identity-free, if one of the peers involved in the transaction were to attribute an individual to a Bitcoin address, because Bitcoin is on a public ledger, you may then be able to identify their transactions. Thirdly, Bitcoin ‘wallets’ can be lost if a hard drive crashes, or a virus corrupts the data. Bitcoins have been lost in the past and there is no way to recover them.

Ultimately, cryptocurrencies offer another method of accepting payment from clients and the value of Bitcoin today would suggest that there is massive wealth being created as a result of digital currency exchange. Users who bought hundreds or thousands of Bitcoin for 20 cents a pop back in 2013 could now book a €400,000 charter for under 140 Bitcoin.

Thus, accepting Bitcoin and other cryptocurrencies, such as Ethereum – which Hawkins refers to as “the new kid on the block" – should undoubtedly be a standard procedure for yachting companies.

Who is inspiring who?