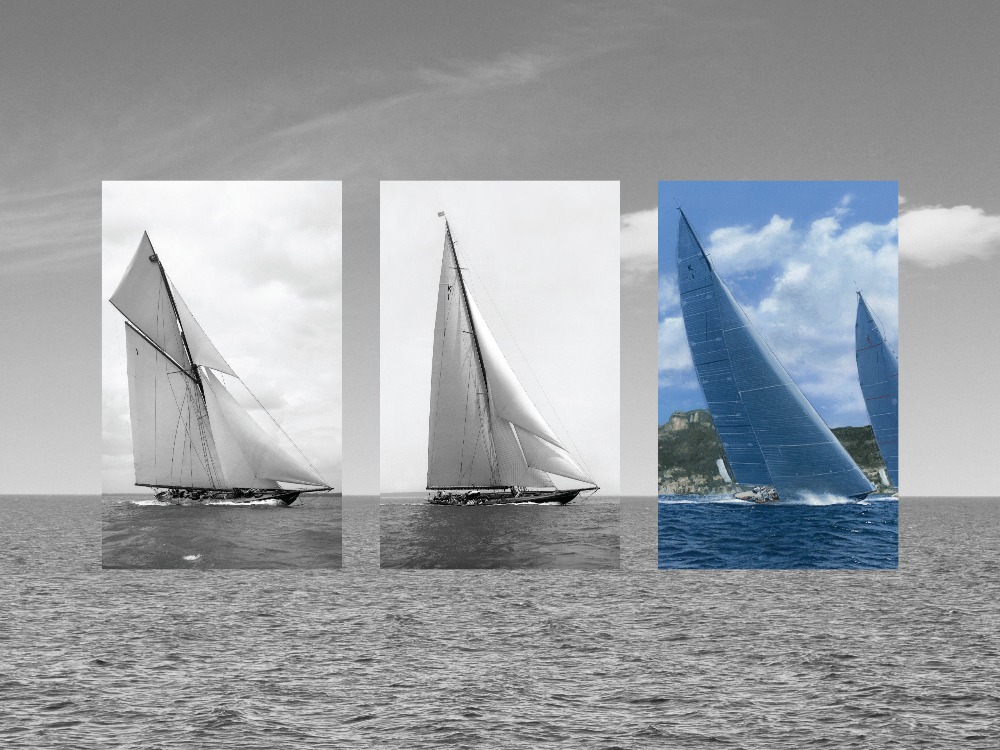 She epitomised the very essence of speed and elan in the glory days of large yacht racing at the turn of the 20th century, and during a race career spanning 43 years the 37m sailing yacht Britannia clocked 231 victories – a win rate better than one in three. Designed by the legendary GL Watson, the original Britannia was a cutter commissioned by Queen Victoria’s son, Albert Edward – later, King Edward VII.

Britannia retained her royal connections, passing from Edward VII to King George V in 1910, in whose hands she remained until his death in 1936, after which she was scuttled off the Isle of Wight. She had been converted from cutter to sloop in 1931 at the dawn of the J Class era, and it was in 1931 that she received her ‘K1’ flag number, as well as the tallest wooden mast the world had seen.

Now there are plans to bring her design back, with updated materials and construction methods to place her right back at the forefront of modern-classic racing. The K1 Britannia Trust will incorporate GL Watson’s original lines into a super-sailer with an all-aluminium hull, carbon rig with continuous carbon rigging, box boom, bowsprit, green tech, and what the Trust describes as ‘the latest technologies in yacht racing’. Called K1 Britannia, she will be built to conform with J Class Association rules so she can race with the current J Class fleet. Moreover, she will feature eco-conscious technologies, and when not racing she will be used to promote a wide range of charitable causes.

Previous attempts have been made to build a replica of Britannia, most notably by Norwegian Sigurd Coates who, in 1993, began a project to recreate her entirely in wood. After ten years of meticulous construction, and with the hull and interior finally finished and ready for outfitting, the project became embroiled in a Russian legal minefield and was held for another five years. With recession biting, the K1 Britannia Trust bought the project as a flagship for charity and moved it to Cowes on the Isle of Wight. But the project was hampered with further difficulties; after subsequent surveys and discussions on how to proceed, the Trust decided to rethink the replica and give her a thoroughly modern makeover.

“During her 43-year history Britannia was regularly modified to ensure she stayed the fastest and most competitive possible boat of her type,” says Scott Ward, a K1 Britannia trustee. “While many think of her as an historical piece – and she certainly embodies the heritage of the racing days prior to the Second World War – Britannia was actually the F1 racing boat of her day. We have become convinced that if she had been built today for the same innovative owners and by the same visionary designer, they would have insisted on staying true to her competitive racing pedigree and leveraging the latest technology. This is why we will retain the unrivalled hull lines of the original yacht and then build a replica that truly captures the spirit and performance of Britannia in every way.”

“The Trust’s vision for K1 Britannia is to bring back to life this extraordinary vessel as a truly enduring racing machine and a force for good,” explains Priya Thirumur, another of the K1 Britannia trustees. “As one of the most instantly recognizable classic yachts of all time, the future Britannia will be distinctively equipped for a new era of yachting while also serving as an international flagship for youth initiatives and maritime causes the world over.”

Construction is due to start on K1 Britannia in 2019, with the aim to reveal the yacht in all her glory at the next America’s Cup finals, which are scheduled to take place in New Zealand in 2021. The Trust is actively looking for corporate partners, and for anyone interested in the project and its charitable foundations, Trust representatives will be on hand at the Monaco Yacht Show on their stand QR12 on Quai Rainier 1er.

Image: insets from left to right – the original cutter Britannia; Britannia in her post-1931 sloop configuration with the world's tallest wooden mast; an artist's impression of what the replica K1 Britannia will look like

Anticipation builds for The Superyacht Cup 2018