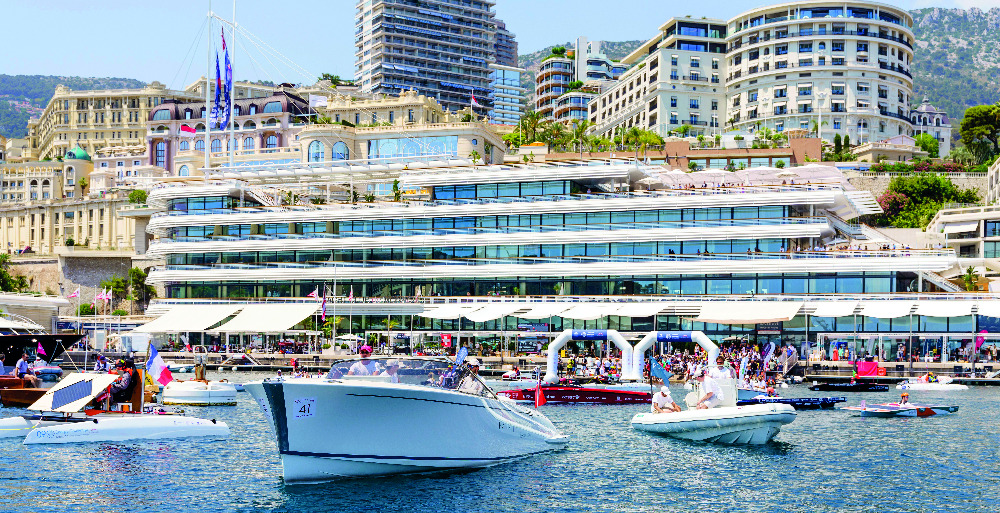 The superyacht industry is at an interesting juncture in its development. Unlike previous years, when growth was primarily focused on selling and building as many vessels as possible, there is now a much greater emphasis on sustainable growth and long-term viability.

Yacht Club de Monaco has a vital role to play in the superyacht industry’s future and its model has changed to take on far more responsibility, leveraging its vital link between owner and industry.

“If we go back to 2012, the Yacht Club de Monaco in its current form did not exist. We were in a different location on the other side of the marina,” says general secretary and managing director Bernard d’Alessandri. “It was, like most other yacht clubs, a cosy traditional yacht club that served as a meeting place for our various members. However, when we changed the building to where we are today, the expectations for what we must achieve changed overnight.

“Today, our primary roles are twofold. Firstly, we are the world’s premier yacht club and, secondly, we have a duty to promote yachting and Monaco to the world.” 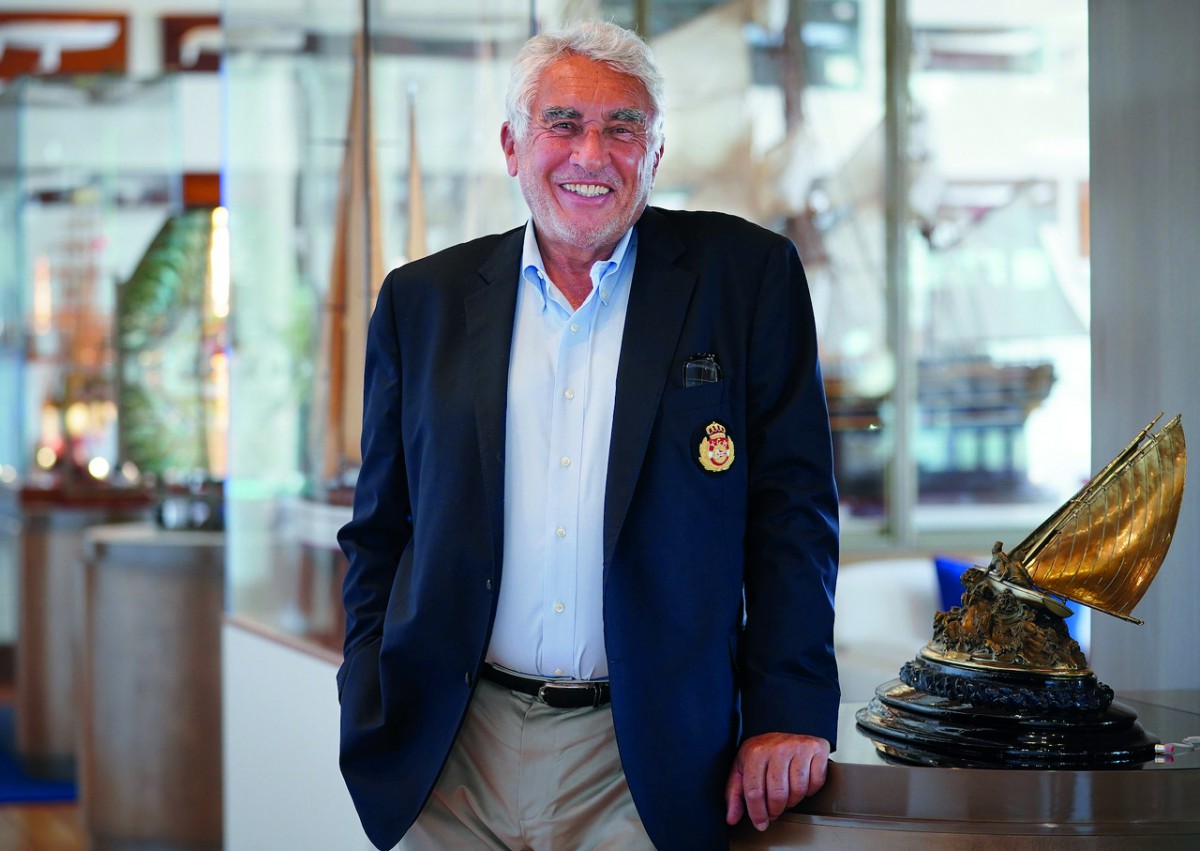 While this view might be contested by various other yachting hubs around the world, it’s generally accepted that Monaco is the true global capital of yachting and, as such, it was never likely that Yacht Club de Monaco (YCM) would be able to continue being just a yacht club in the purest sense. The world, whether Monaco and the yacht club like it or not, looks to the region to set the agenda for the yachting community and lead by example when it comes to supporting and implementing change.

Of course, there are limits to what an institution such as YCM can achieve given the complexity of the assets, the profile of their owners and the speed and variety of ongoing developments.

“In terms of development, YCM’s most important role is to be a platform of communication. We have to present the solutions to our members and try to create links between them and the premium industry at large,” adds d’Alessandri.

“Within an industry that is so incredibly complex, from the engine room to the unique relationships between stakeholders, it is impossible to contain all the necessary knowledge in-house. That said, it is our job to do whatever we can to bring the most pertinent developments, especially where this relates to sustainable solutions.”

With such a high concentration of industry players and businesses within an area of only two kilometres (1,561 employees, 150 companies and €753m of annual superyachting revenue), YCM, on moving to its current facility in 2012, launched the Monaco Capital of Yachting project to further strengthen the business in the region and reaffirm the Principality’s position as a global leader.

“Without immediate change, there simply will be no industry in the future. As the oceans become increasingly damaged, fewer and fewer people will want to go yachting. The two are inexorably linked and we must do everything in our power to protect the oceans.”

At that launch, Pierre Dartout, minister of state for Monaco, said, “The vision is simple: Monaco must always be ahead on economic and environmental issues. We must mobilise all stakeholders. It is an essential factor in our economy’s appeal to business as the Principality offers an exceptional network of all professions operating in this industry.”

“Because of the influence that Monaco has on the superyacht industry, we have a responsibility to promote not only luxury and the superyacht experience, but also the most sustain-able and beneficial ways of yachting,” says d’Alessandri. “Personally, I feel an immense amount of guilt and shame for the way that the industry has conducted itself up to this point.

“Of course, during certain periods, we were not furnished with all the necessary information, nor indeed were certain systems and practices available to make yachting more sustainable. Nevertheless, I am determined to use my remaining time to leave the industry in as good a position as possible to try to balance my own impact.

“Without immediate change, there simply will be no industry in the future. As the oceans become increasingly damaged, fewer and fewer people will want to go yachting. The two are inexorably linked and we must do everything in our power to protect the oceans.”

The guiding principle of the Advanced Yachting project is to drive growth that is not only economically sound, but also pays due respect to the environment through engaging stakeholders in a number of projects to promote sustainable yachting.

However, it’s important not to see the project as just a sustainability initiative because the industry’s future and growth is dependent on making sustainability an economically viable option. Pulling the project together is a charter that allows stakeholders to make clear their commitment to sustainable development.

Founded by YCM and Credit Suisse, the Superyacht Eco Association (SEA) has been introduced to increase the industry’s awareness of its carbon footprint. Through the SEA Index, YCM and its partners aim to create a clear system for rating the carbon efficiency of superyachts.

While there are also various other systems of measurement, these are primarily aimed at technically and scientifically minded businesses and individuals; the SEA Index aims to simplify the process to allow owners and other major stakeholders to easily track the credentials of their own vessels, with a mind to making changes and improving their ratings.

The hope is that the SEA Index will become a global standard of measurement for the industry. As well as the SEA Index, a number of ongoing programmes, including Ocean Week and Energy Boat Challenge, will continue to drive the sustainable agenda.

“Faced with the now all too obvious effects of the climate emergency, we need to be agents of change,” emphasises d’Alessandri. “The whole yachting eco-system has to evolve. As a communication platform, YCM wants to highlight and test new solutions, like alternative power sources for boats; that’s the aim of YCM’s Monaco Energy Boat Challenge that celebrates 10 years [5-8 July 2023].

“But it’s also vital to have intelligent virtuous marinas to accommodate them, hence our support for the Monaco Smart & Sustainable Marina Rendezvous [25-26 September 2022]. It really is a unique opportunity to get the whole ecosystem together – start-ups, manufacturers, investors, yachting professionals, etc. – to build the future. After all, marinas are like micro-cities.”

To fully understand the evolution of YCM, an analogy can be drawn between it and the World Bank. Originally created to provide loans, debt relief and various other financial mechanisms to promote free market-led recovery in struggling nations, the World Bank realised a number of years ago that its primary function was not enough to spearhead effective change.

Gradually, the World Bank developed the notion of becoming a knowledge bank as well as being a financial institution, and YCM has gone through a similar transition. Its original model, a cosy yacht club, was not sufficient to support sustainable growth of the industry. Today, YCM is a knowledge bank and communications platform that is taking on ever more responsibility for the development of the industry.

As the conduit between the premium industry and some of the world’s most influential superyacht owners, the platform and communications channel that YCM now represents is vital for not only stimulating market growth, but also stimulating the right kind of market growth. D’Alessandri and his team have a vital role to play in showing the market how change should be implemented.