The Paradise Papers - another PR nightmare

The Paradise Papers have once again thrown yachting into the unwanted limelight. We explore the industry's desire to fix its public image and consider whether, perhaps, the current trajectory is ill considered…

Once again, a cache of leaked documents, this time called ‘the Paradise Papers’ has revealed that a number of prominent superyacht owners continue to use complex ownership structures to effectively negate their tax liability. ‘Yawn’, I hear, ‘we’ve been here before’.

More shockingly perhaps, is these mechanisms are used for everything from the running of yachts to the acceptance of wages. So much has been spoken about in 2017 that relates to how the superyacht market is in dire need of a new public image. But, what do we mean when we talk about a new image?

For all the superyacht industry’s philanthropic and charitable work, it is more than likely that the amounts raised through these various events and foundations pale in comparison to the amounts lost through various tax avoidance schemes. So, when considering the public image of superyachting, are we talking about actual change - creating a superyacht market that is respectable and alluring for the world’s ultra-wealthy, and something for the layman to respect and aspire to? Or are we talking about a shallow public relations shakeup that keeps the wolves (the mass media) from the door by contributing towards fashionable philanthropic endeavours?

The amount of times I have spoken to a superyacht industry professional about how only villains and hedonists are portrayed on board large yachts has become almost innumerable. And yet, a minority of these individuals actually do directly contribute to yachting’s publicly perceivable villainy. While I am in no way suggesting the complex offshore financial structures that aid in the avoidance of taxation are illegal, because to do so would be entirely inaccurate, I am explicitly suggesting that by avoiding taxation, the world’s wealthiest individuals are taking valuable resources away from the world’s poorest individuals, resources that are, perhaps, easy to take for granted when the train of wealth stretches far beyond the horizons of the average man or woman.

It is important to note that there is nothing wrong with keeping money offshore, living offshore and reaping all the associated benefits of not paying tax. However, if you are actually living in, for instance, the United Kingdom and not paying the appropriate levels of tax, then every pound, euro or dollar that goes un-taxed in a haven is a pound, euro or dollar that is taken away from essential public services such as policing, medical aid, firefighting, transport and so on. At the risk of making a sweeping assumption, I imagine that even the ultra-wealthy expect the aid of the police or the arrival of an ambulance in times of need - they may be a little less concerned by public transport or state education.

This piece may initially come across as a ‘holier than thou’ armchair attack. Yet, there is an important message within. My fear, from the perspective of the superyacht market, is that people seem to believe that without promoting these crafty ways to limit the cost of yachting, ultra-high-net-worth individuals will simply not engage with it as a pastime. But, it is precisely these crafty mechanisms that give superyachting a bad name. I am no doctor, but I know for a fact that medicine is not supposed to kill the patient. Could it be that the solution to generating new custom and courting the mass media would be to make yachting more transparent, simplistic and enjoyable, rather than making it more tax efficient?

Now live and showcasing our complementary suite of services

What can the superyacht market learn from how the aerospace industry manages its supply chain?

Daniel Ziriakus on the brokerage market 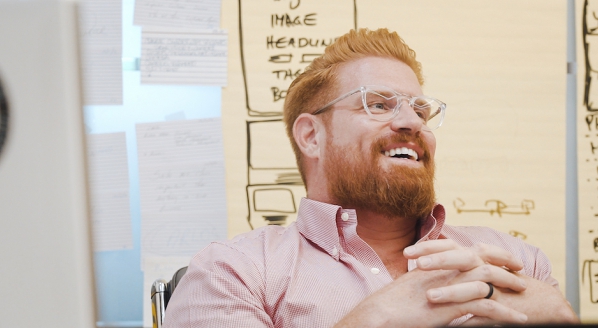 Ziriakus, N&J’s newly promoted President & COO, shares his thoughts on the future of the brokerage market