As Donald wrestles with the idea of buying a yacht, he reflects on past purchases and the risk of whims…

The charter in Bodrum had spooked Donald. His new-found wealth had brought with it a collection of ne’er-dowells and charlatans, individuals who encouraged him to part with his money. He’d had to employ an additional secretary, the impossibly well-spoken India Webster, a daughter of the landed and titled. Incredibly efficient, she either floated or glided. She had a steely core which was not moved by stories of destitution, impending death that needed some miracle cure only available in the foothills of Mount Everest or oncein-a-lifetime investment opportunities.

The begging letters poured through the letterbox. Donald’s enhanced status was the stuff gossip columnists loved – invariably, and almost inevitably, the demands on his wealth were legion. India could deal with the speculative correspondence with a mixture of cutting and grace that only those born to privilege usually manage to master. Yet the calls still kept coming. Nigel Broomfield had tried calling Donald a number of times after the Bodrum charter. He had invited him to one of the autumn internationals at Twickenham, but rugby was not high on Donald’s list and he politely declined.

Nigel had begun to ease Donald successfully into a societal world to which he’d previously had very little access. But just as Donald had initially baulked at the idea of buying a yacht, Nigel had a sneaking suspicion that he’d felt he’d been a little set up when he was ambushed by Daniel on board the Mangusta Aphrodite. Daniel had been trying to take advantage of the moment. Donald was potentially a candidate qualified to own a yacht.

Daniel was trying to make that happen and earn a handsome commission. Five or 10 per cent on $7 million or $8 million would be a tidy little earner. Donald wasn’t used to the hard sell in his private life. He wanted contemplation and reflection. He wanted to ease his way into acquisition, and seemed to forget that the buying and selling of superyachts was a business.

Those selling deliberately traded on the vulnerability that came from the almost juvenile excitement of buying a boat. Donald was well aware of his weaknesses. He easily recalled the first big bonus he’d ever earned – £50,000 in the early years of his holiday-booking website.

He had been giddy with excitement. The money was burning, or rather spontaneously combusting, in his pocket. He had convinced himself he’d wanted a vintage Porsche 911, had logged on to Yahoo, typed ‘Porsche 911, 1969’, and up came a dealer who specialised in Californian imports. Immaculate, but left-hand drive and with none of the creature comforts of a modern car. Donald had jumped into a black taxi and compulsively and excitedly handed the address to the driver. By the time he’d got to the dealer, he’d convinced himself that he wanted that car more than anything. He’d not seen the vehicle, apart from two fuzzy online photographs, but was beguiled and bewitched.

There she sat on the forecourt, a deep navy blue. He’d wanted it in red, but he was convincing himself as the seconds passed that navy blue was a good colour. The salesman wasn’t slick. He wore overalls, had a straggly dirty blonde ponytail and a wispy beard. There was grease under his fingernails. He looked authentic and honest, and sounded knowledgeable about Porsches.

“The thing with these Porsches, given they come from California, is that they don’t rust and they haven’t been driven hard. The paint is a bit dull, and a little T-Cut will sort that out, and we can change the steering wheel, make it like new.” The Cockney accent was unmistakable. Short of saying ‘poop poop!’ Donald had been one step away from being Mr Toad from The Wind in the Willows, and the pushy salesman knew it. Within 15 minutes, the credit card was handed over, the insurance company was called and Donald had a Porsche he lived to regret. He had not test-driven it, he had not looked at the engine or underneath the car. If he had, he would have seen a tray catching leaking engine oil. He had been done.

Donald was still daydreaming at his desk when the phone rang, jolting him from his mental slumber. “How the hell did you get this number?” he thought to himself as the Israeli-accented Daniel greeted him.

“Donnie,” said Daniel. Donald hated being called Donnie. He wasn’t someone for false familiarity, and Daniel had that in spades. “I'm in town.” Donald should have said he was busy, but the words somehow came out as “I can do dinner tonight.”

He could hear Daniel smile. “Excellent. Do you know Rules in Covent Garden? I know, a little old-fashioned, but I like old-fashioned.” Donald knew he was being played, that this was an appeal to his sense of heritage. “Donald, shall we say eight? I’ll book a table under my name.” Daniel hung up. Immediately, that pang of guilt kicked in. Was he being disloyal to Nigel?

Was he being taken down a path where he didn't want to go? Was he being conned? He needed to get a grip. “India, can you get Nigel Broomfield at Campers on the phone for me?” Donald’s phone rang back a couple of minutes later. “Nigel, how are you? Sorry I’ve been a bit elusive. Been quite busy. Listen, I’ve just had a call out of the blue from that broker we met in Bodrum.” Donald could tell that Nigel was rather taken aback and a bit upset.

“Sorry about this, Nigel, but I kind of accepted a dinner invitation from him. You know I find it difficult to say no.” Nigel suggested he joined them for dinner, but Donald didn’t think that was a good idea. Then Nigel made a sudden proposition. “Do you remember Luca, the captain of Aphrodite? He’s a good chap. He’s in London at the moment and could be a bit of a buffer between you and Daniel. Shall I suggest to him that he joins you for dinner?” Donald liked that idea very much. Outflanking Daniel. “Go ahead,” he said. 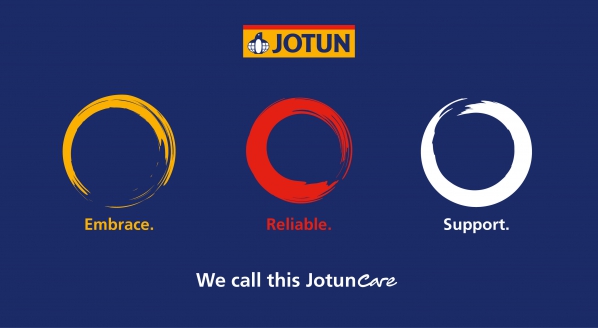 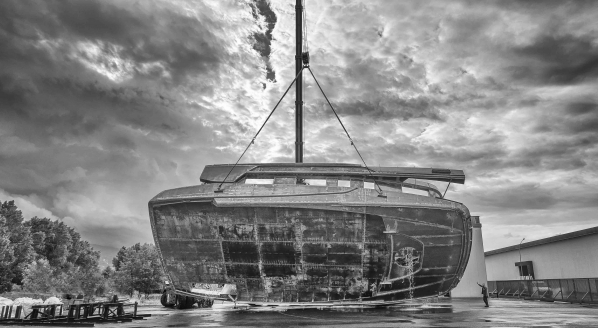 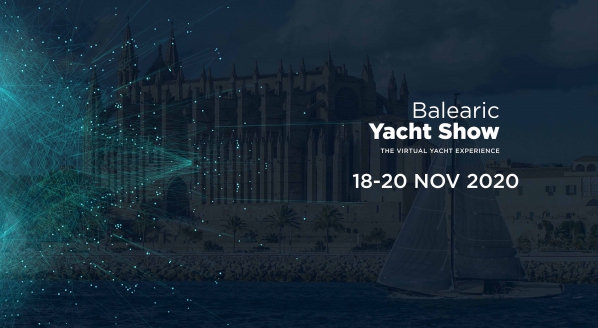 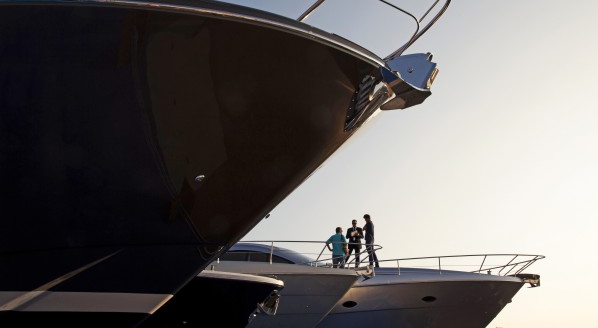