Is it time to turn the superyacht philanthropy conversation on its head? 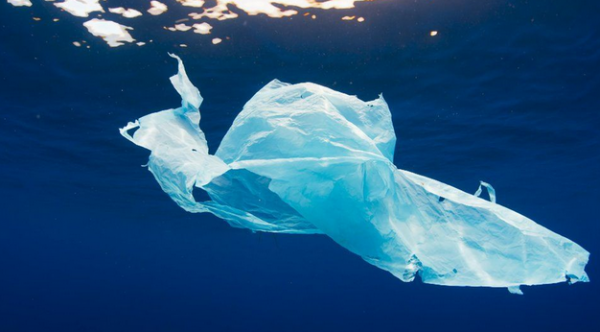 There is a groundswell in the superyacht market at the moment. More and more people, from brokerage houses to provisioners to the owners themselves, are joining the conversation about plastic consumption, ocean pollution and the health of the seas around the globe. I write about this subject a lot because it is important to showcase the good work that is being done by many – far from the mainstream media’s negative superyacht rhetoric – and to encourage more in the yachting world to engage and make a difference.

I have been involved in many conversations recently about how superyachts can get involved in the commitment to ocean causes, and that superyachts could be exactly what conservationists need to truly achieve their goals of alleviating the current issues facing our environment. The success of the industry is dependent on the ocean's health, which means that the goals of those in the market and ocean campaigners complement each other perfectly. This is true, and this should be reason enough for everyone in yachting to get involved. But unfortunately, there may need to be another reason to sweeten the deal. While altruism should be reason enough, sometimes money speaks louder than words.

There have been some rather cynical murmurs of late, suggesting that those aligning themselves with ocean charities and prominent ocean ambassadors are joining the bandwagon as a form of positive PR. Is this sudden commitment to the cause a marketing fad, or a step in the right direction? In my opinion, as long as the ocean charities are receiving the help and recognition they deserve, it doesn’t matter. It is undeniable that a company with a charitable campaign looks better than one that doesn’t, but ultimately if the money raised (or activity undertaken) is helping to improve the state of the oceans, let’s not question the motives but enjoy the results?

It is undeniable that a company with a charitable campaign looks better than one that doesn’t, but ultimately, if the money raised (or activity undertaken) is helping to improve the state of the oceans, let’s not question the motives but enjoy the results?

The public perception of yachting is far from ideal, one just needs to look at any coverage of yachting in the mainstream media. Any time that a yacht is featured in the news, people focus on the size of the yacht, the expense of it and the ‘lavish parties’ that are thrown on its decks. Our industry has an image problem and there is no point denying it. This is why I believe that not only can superyachts truly help ocean conservationists, but that conservationists can help superyachting.

Many superyachts and their owners are already involved behind-the-scenes with organisations like Woods Hole Oceanographic, The Ocean Agency or the Blue Marine Foundation. Although discretion is highly valued in this market, I don’t see any harm in celebrating their role (however small) in these conservation efforts, hopefully encouraging others to get involved in similar activities. If more superyachts and their owners start to use vessels for oceanographic research or as platforms for the scientific community, like R/V Alucia (which hosted the BBC’s Blue Planet series) or the Research Expedition Vessel (REV) project, it can only be good for our market’s image.

We have the opportunity to shift the dialogue away from the glitz and glamorous lifestyles associated with our industry, and show how effective yachts can be as platforms for conservation efforts. No matter the reason for our market’s sudden interest in philanthropic endeavours, if this gets more superyachts and companies working on important issues, everybody wins.

A plastic-free option for owners

A message from the deep

Quantum Stabilizers and the Art of Innovation

Monaco Marine is investing €6,500,000 in the Chantier Tréhard facility in Antibes