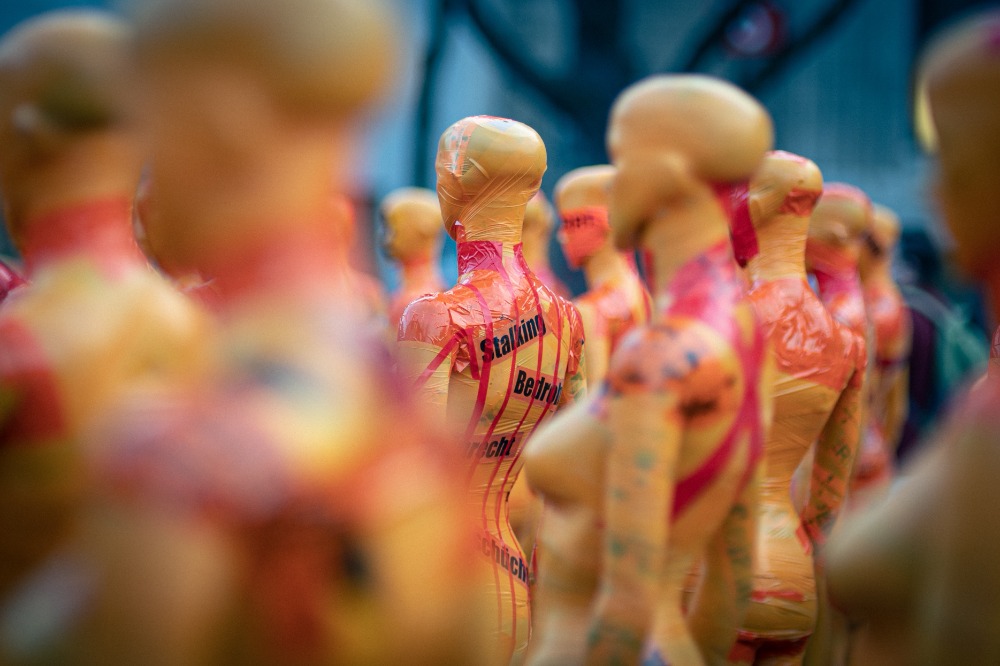 Cases of sexual assault and predatory behaviour in the superyacht industry are becoming increasingly publicised in a manner that is more conducive to change. However, this isn’t to say that there has been a recent spike in cases per se, these issues have long been a part of this industry, as they have been across so many other industries globally. In today's world, Western society dictates that ‘hush hush’ attitudes towards important topics no longer pass muster and that silence is now regarded as violence. In the last 5-10 years social media has had a huge impact on the ability of individuals and societies’ ability to report on, engage with and fight against social injustice of all kinds and the same can be found within the world of superyachting.

In order to direct the conversation towards tangible change we have been collecting data through our anonymous poll below in order to understand what the market really thinks of this issue. While some respondents have claimed that sexual abuse is absolutely not prevalent in the superyacht industry, others vehemently disagree. Feel free to have your say below…

Sarah has been the victim of predatory and unethical behavior a number of times in her short career as a crewmember.  The first superyacht she joined was a small 30m motorboat in the Mediterranean. She noted that on this vessel the crew conditions were abysmal and the owner had a reputation for being brass and crude on board. Within a couple of weeks, the owner had cornered her in the saloon, attempted to grope her, and eventually made an outright sexual advancement towards her despite her rejections.

Obviously shaken by the experience, she decided to leave and joined a similar size vessel in the same region. Fortunately, the owner of this vessel proved to be a much more compassionate and humane person. However, in just a short space of time, she became the victim of predatory behavior once again, this time stemming from the Captain. At first, the captain would make the occasional awkward remarks that Sarah would brush away, the remarks slowly became more inappropriate and less humorous until eventually he would be outright suggesting that Sarah ought to engage in intercourse with him in order to keep her job. Sarah decided to leave the yacht and look for work elsewhere.

In a bid to re-enter the industry with more respect and authority, Sarah took up her next job as a chef on-board a slightly larger vessel. Her new role was less client-facing, which she was glad about, and she actually developed a good working relationship with the owner of the vessel. The job paid well and she was able to take time off and look after her new son. The new job was in fact going so well that the owner invited her back to the residence to cook for the family on Christmas day. Unfortunately, her son had to undergo surgery just a few days before Christmas, so she had to stay with him over the holidays. When she told the owner she wouldn’t be able to cook for his family over Christmas she was fired on the spot and told to pack her bags. She has been appealing the unfair treatment of crew members ever since, to no avail.

The graph below, which features data from Yacht Crew Help, signifies just how unsafe young women working in yachting are feeling. Less than half of women working onboard superyachts always feel safe while 10 per cent reportedly sometimes, rarely, or never feel safe. 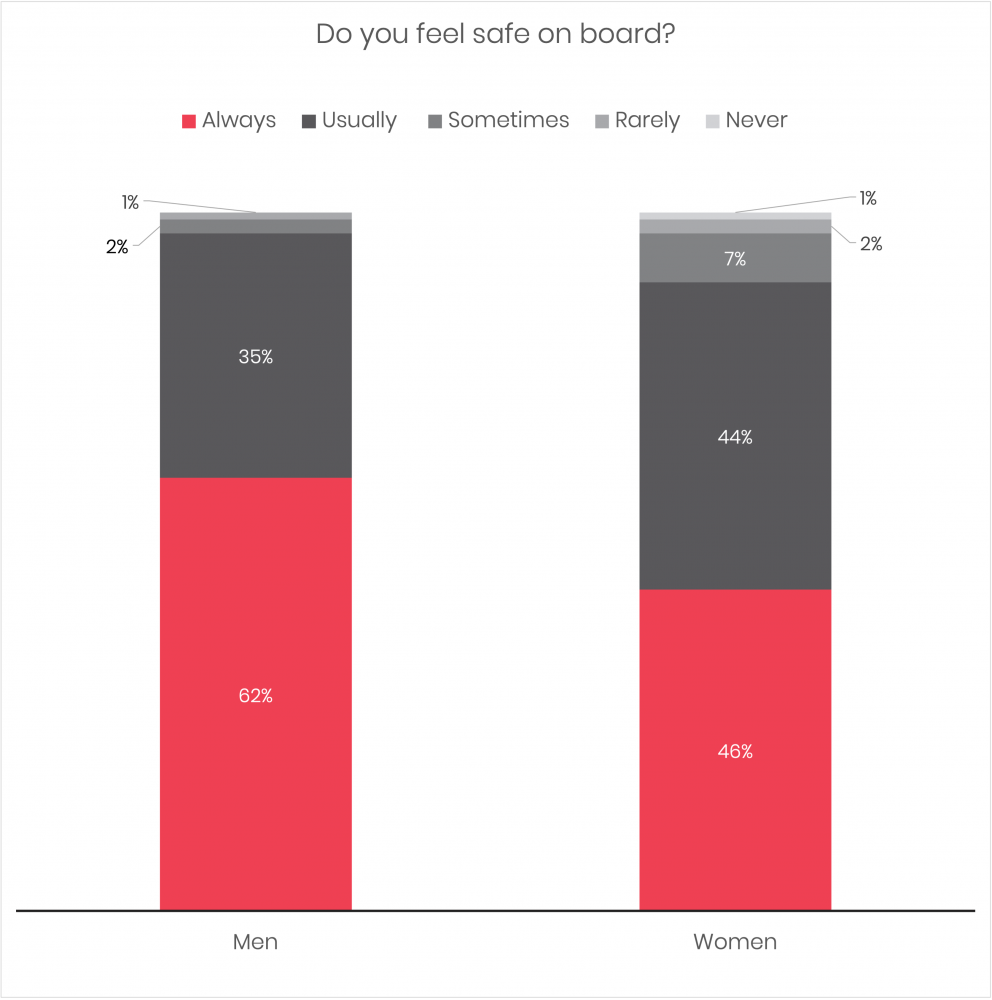 From a human perspective, the industry has a long way to go and the echoes of the wild west origins still ring true today. With this particular issue being so prominent and across so many different sectors of the industry, stakeholders should probably take heed of the fact that they are likely never more than a single degree of separation from a woman in yachting who has been subjected to predatory behaviour. With Facebook pages such as ‘Yachties name and shame’ garnering over 6,000 members with daily posts detailing unethical behaviour in the industry, one can’t help but feel like the superyacht industry’s blase attitude towards discriminatory behaviour is soon going to bite itself in the backside. Incremental steps towards a healthier working environment are going to help, but there is absolutely no chance the industry will be able to recruit the 25,000 crew members needed by 2030 with its current model. The time for conversation and action amongst the white-collar has arrived.