What is the cost of all this time in the sun? 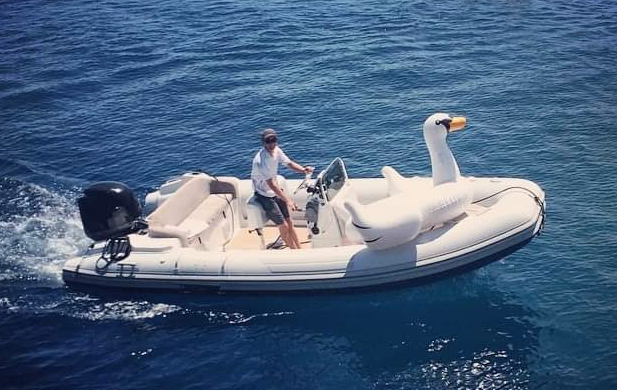 Many of the drawcards that bring crew to yachting and keep us onboard are also the worst for our health. Alcohol and sleep deprivation spring to mind, but hangovers fade. The one that keeps me up at night, and the one that is as inevitable as the sunrise, is the toll that being deck crew has taken on my skin.

I am from New Zealand, with British ancestry and very fair-skinned. New Zealand did reasonably well when God handed out extras on the 3rd day of creation. Still, one thing we are lacking is Ozone, that lovely blanket of trioxygen covering the upper atmosphere and deflecting UV radiation back into space. Generations of leaking fridge coolant and overzealous air freshening saw to that. Burn times in summer are as brief as 20 minutes, and the skin cancer rates are the 2nd highest in the world, ranked only behind Australia. Antipodeans have a heightened awareness of the dangers of the sun. But not many of us, despite our mother’s warnings, took much notice when we were young. The sun was like smoking at that age; the danger was the fun of it.

And then, just as I became responsible enough to take agency for my long term health, I promptly took a job that demanded I spend every hour of every day of every duel summer season, in the sun. I also took a job that told me that wide-brimmed hats are “not acceptable when the boss is on”. A job that says sunscreen is ok, but you are in serious trouble if you get any on the paint. A job that requires you to spend day after day in an open RIB with no sunshade. A job that requires you to watch the owners children on the beach all day, but please make sure you don’t sit under the parasol because it is for guests only. (That is me in the photo also, spending the day collecting inflatable animals that blew around a bay in Greece)

Days in the sun are a finite resource for us all concerning the risk of developing skin cancer, but you have significantly less to play with when you are as fair-skinned as I am. The older I get, the more I understand that I have been withdrawing from a reservoir that can never be filled again. I took a job that asked me to spend a lifetime of summers under the sun in my 20s. When I see the damage in the mirror now, I know that I will pay for it later in life.

Superyachting requires primarily young, mostly fair-skinned deck crew to dip into their reservoirs also, and much like me, I am sure that by the time many have taken a full grasp of this, there will not be much that can be done. It is relatively hard to apply more sunscreen retrospectively when you have moved shoreside. When the nature of your job dictates that you spend extended periods in an environment that is not in your control while also placing limitations on what you can do to mitigate overexposure to the sun, I think that’s problematic.

A 2018 study by the American Academy of Dermatology found that returned US military personal that had served in the tropics had a significantly higher risk of skin cancer later in life. Miliary equivalency to superyachting is notional at best in most respects, but equating a six month charter season in the Pacific to military deployment, purely in terms of time in the sun, I think, has merit.

Of course, crew volunteer for this deployment, and chasing the sun is part of the fun, right? I am sure this will remain a large part of the allure, and I loved my time at sea all the more for it. I also remain hopeful is that I, and many more like me, never see the repercussions of prolonged UV exposure. Still, I am afraid that the cycle of youthful, willful ignorance followed by remorse will persist. And I also hope that there will be a continued recognition from onboard and shoreside leadership that it’s not all fun in the sun. We are making a sacrifice; a lot of us just don’t know it yet.