SuperyachtNews.com - Operations - The cost of COVID for the crew sector 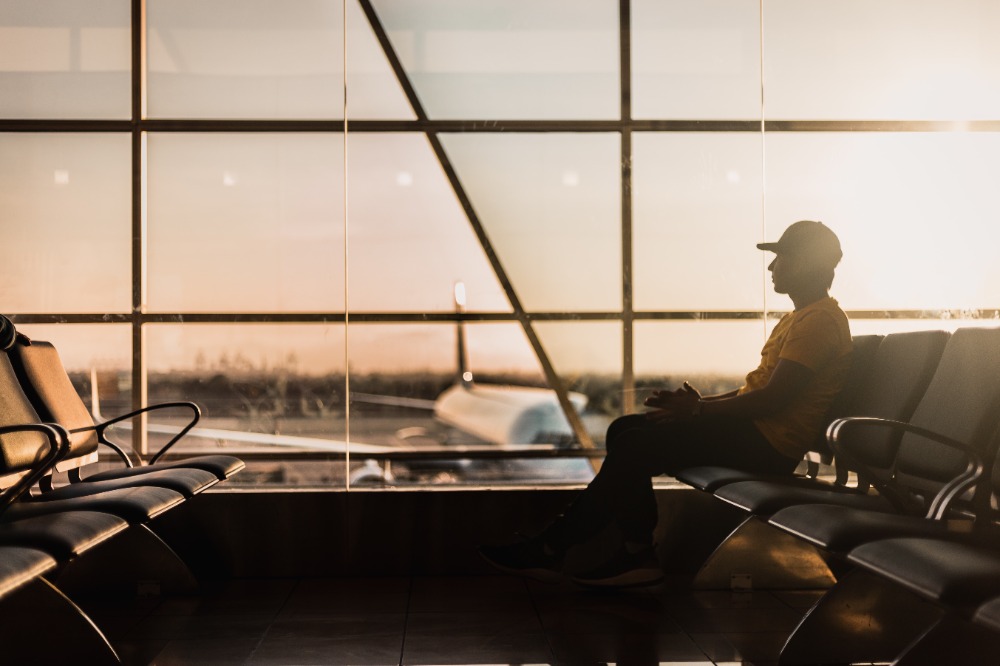 With the COVID-19 pandemic severely restricting global travel, the movement of superyachts and their crew has been difficult. Although some countries have certain exemptions for seafarers arriving at, or passing through, their ports and borders, the ongoing uncertainties and ever-changing requirements have made travel a real headache for crew over the last 16 months. Not only have travel options been limited, but most movement between countries has come with requirements for testing and quarantining. For a global and transient industry that relies on crew of different nationalities, it’s been a major challenge and has had a real impact on the operation of the vessel.

“The impact of the pandemic has been massive because travel restrictions have completely disrupted crew movement,” says Marianne Danissen, head of yacht management at Camper & Nicholsons. “The crew have been either unable to rejoin their boats or have had to stay longer on board, something which has also had a knock-on effect on rotation schemes. Because opportunities to travel have been so restricted, crew flow has also significantly reduced.”

These additional travel restrictions and requirements have led to a higher operational budget for the yacht. “Costs have been way beyond predictions for testing prior to travel and prior to joining the vessel,” explains Tony Reaper, yacht manager at MCM. “Depending on where the crewmember is joining, there could be anywhere from five to 14 days of quarantine in a hotel or Airbnb, which the vessel covers.”

Some flag states have brought in new rules during the pandemic, prescribing that any time a crewmember spends in quarantine should not be taken out of their holiday allowance, and their quarantine accommodation and provisions should be paid for by the vessel. While this is, of course, a fair obligation, it’s another added cost not normally accounted for in the operational budget of a yacht.

Crew repatriation has also been subject to quarantine periods in some countries, for which the vessel has to cover the cost, and the difficulty of repatriating certain nationalities due to strict measures in their home countries has led to many waiting on standby for long periods for repatriation flights. “This seems to be the biggest issue for New Zealand and South African residents,” says Jon Jeffreys, yacht manager at MCM. “The yacht is responsible for the cost of housing and food, per contract terms, until they are fully repatriated back to their home. This can be weeks, if not months, of added expense for the owner.”

“The yacht is responsible for the cost of housing and food, per contract terms, until they are fully repatriated back to their home. This can be weeks, if not months, of added expense for the owner...”

These burdensome travel restrictions and requirements, in some countries more than others, have also led to a shift in recruitment dynamics, with certain nationalities now finding themselves at a disadvantage when looking for a job. Captain Maarten van der Duijn Schouten, vessel manager of expedition yacht M/S Cape Race, says, “I’ve been forced to find local German crew or from countries very close by. I haven’t tried getting someone from outside of Europe because it’s too much hassle. For example, I wanted to hire an engineer from Algeria, but the Algerian government had forbidden its citizens from leaving and re-entering the country. It would be a gamble because I’m potentially left with a crewmember on board for a long time. It makes you want to look for crew as close to home as possible.”

As well as crew quarantine expenses, additional costs for crew COVID-19 testing are now unavoidable, not only for crew travelling to and from the yacht, but also every time the yacht moves. Most port health authorities now require proof of a recent negative COVID-19 test result from all crew on board any yacht arriving in the country, not to mention the extra agent costs to facilitate the new formalities associated with clearing into a port during the pandemic.

“For a dual-season yacht, the crew COVID-19 testing and agent fees when moving the boat, which before could have been avoided, has added up to two per cent to our annual running costs,” says Captain James Johnson, of M/Y Globas. “While this may only seem like a small amount, this pushes us above our usual budget threshold, which has to be communicated to the owners as an extra cost as a direct result of the pandemic so that it doesn’t eat into other expenditure on board.”

Captain Chris Bruce, of S/Y Q5, gives an example of how costs relating to testing can quickly escalate. “When we were trying to leave the US to go to Bermuda, all the crew had to have a test less than three days before departure, which then has to be sent to the agent in Bermuda to process our health visas,” he says. “With eight crew, we were paying between $1,500 and $2,000 for the tests. Then we had a weather delay, which meant we had to spend the same again to get a new set of tests because the original set was out of date. We ended up spending a fortune on testing.”

However, the real cost of COVID-19 for the crew sector is not financial. Bruce explains, “Forget about all the costs for the boat, one of the biggest impacts is the personal effect on the crew.” While the isolation and uncertainty of the pandemic have been distressing for most of the global population, the situation is all the more stressful for crew, many of whom have been unable to travel home, see family and friends and, in many cases, have been confined to their on-board working environment.

“One of the fundamental problems during the pandemic was, and still is, that the crew were obliged to remain on board at all times,” says Jason Gilbert, operations manager at Ocean Independence. “Their usual broader social interactions, exercise, in-person social contacts and other activities were, as a minimum, restricted but often completely prohibited.”

“When crew are sometimes forced to lockdown on the vessel prior to trips or because of a COVID infection, this has raised the anxiety level for everyone...”

Mark Dauplaise, yacht manager at MCM, says that where safe ‘bubbles’ have been established for the most cautious owners, with off-duty time regulated and controlled to prevent social interaction, there have been challenges from a crew management perspective. “On-board COVID-19 protocol may exceed that which is stipulated locally or nationally, which can cause friction between the vessel or captain and the crew,” he explains. “When crew are sometimes forced to lockdown on the vessel prior to trips or because of a COVID infection, this has raised the anxiety level for everyone. Captains are reporting more cases of disciplinary action required for breaking COVID rules.”

As such, the crew’s mental wellbeing has been a priority for captains and managers during the pandemic. “Wherever possible, crewmembers who perhaps lived locally were encouraged to continue with this arrangement,” adds Gilbert. “Investments were also made in more enhanced catering and, in many cases, the use of the guest gyms was agreed with the owners and, where possible, an extended ‘bubble’ was created with neighbouring yachts.”

Gilbert adds that owners were also encouraged to keep their captains on board as a parental figure for the rest of the crew. “At the beginning of the pandemic, nobody knew how the virus would develop and spread, so it was important to provide a sense of security to the crew. The longer the situation lasted, the more important it became to show perspectives.”

The focus for Bruce was on finding ways to boost crew morale. “During our yard period, I rented an extra crew house so that every crewmember had their own bedroom. I was trying to keep everyone sane by giving them their own space to relax when they wanted to,” he says. “We were obviously very restricted in terms of what socialising we were allowed to do, so we did things like exercising, PlayStation, online courses and a lot of crew barbecues. It’s been difficult because whenever someone asks when we are going to be allowed out to a shopping centre or to go home, you don’t really know the answer. I have lost two crewmembers during the pandemic, which I don’t think would have happened in normal circumstances.”

While all sectors of the superyacht industry have gone through some form of adjustment to adapt to the new normal, the crew sector has arguably experienced the greatest upheaval. For captains and managers, juggling travel logistics, team dynamics and the crew’s mental health and wellbeing during a global pandemic, while also ensuring a smooth experience for owners and guests, has been a difficult balance to strike.