Transport Malta has published a report into the serious injury of a superyacht guest while using a powered surfboard.  … 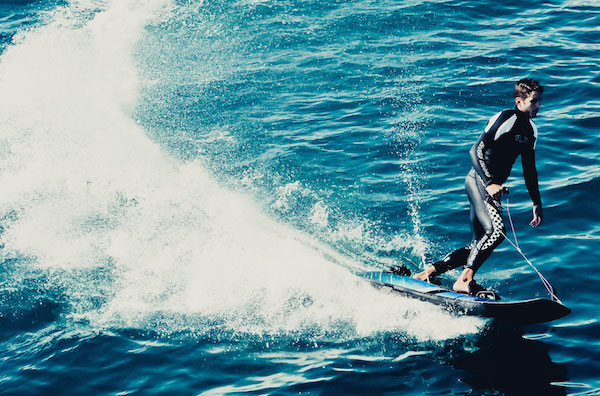 Describing the course of events leading up to the incident, Transport Malta’s Marine Safety Investigation Unit (MSIU) explains that, while MY Namaste 8 was anchored off Ischia in early September last year, a group of guests were making use of the yacht’s newly acquired set of JetSurf powered surfboards.

According to the report, the crew had informed the passengers on the procedure to start the engine, accelerate, slow down, turn and release the control handle to disengage the ignition key and shut down the engine following a fall, which was followed by a practical demonstration in the water. Guests were then provided with high-impact watersports jackets. The safety helmets, although available on board, were not worn by any of the riders.

The first guest that entered the water was assisted by one of the deckhands to steer and control the surfboard until she was confident enough to ride alone. Shortly after, she fell from her surfboard, which spun around and hit her on the head. She was immediately assisted out of the water and transferred onto the yacht, reportedly dazed, confused and bleeding from a wound above the left ear.

After administering first aid, Naples Radio directed the master to head to Ischia and the injured passenger was transported by ambulance to a local hospital for further treatment. It was reported that she suffered a compound fracture to the skull and had a hairline fracture in one of the vertebrae in the neck. She also had a deep laceration forward of her left ear.

Looking into the circumstances surrounding the accident, the MSIU found that key elements for users of the surfboard to note were the functions of the starter key and control handle. The product’s manual specified that the cord of the starter key must be wrapped around the rider’s wrist, and that it was imperative that the control handle is released when balance is lost.

The manual further explained that letting go of the control handle would pull the starter key out of the ignition box, which automatically stops the engine. This would ensure that the surfboard’s forward motion is instantly halted to prevent the rider (or other persons) from being seriously injured or killed. The manual also stated that all riders had to wear a safety helmet and a life vest.

The accident highlights an important factor in that the control of the surfboard is actually depending on an important link between the operator and the equipment. Failure of this link can lead to undesirable situations and this accident was a case in point.

“The MSIU is of the view that the operator-surfboard interaction can be improved in two ways: by training operators and enhancing the embedded system safety design,” the report concludes. “The training of the operators should also include explicit consideration and examples of human reactions and not limited to the operation of the surfboard.

“The system design, on the other hand, should be such that it takes into consideration human interaction with the equipment and possible safety concerns during a fall. As the accident indicated, falling from the surfboard but not releasing the grip on the trigger had actually by-passed a rather effective safety barrier system embedded within the equipment.”

During the course of the safety investigation, the MSIU had access to a number of images of riders on the Luxury Water Toys website – the supplier from which the surfboards were purchased – not wearing the mandatory safety helmets. As indicated elsewhere, safety helmets were recommended as an important part of the safety gear and should be worn at all times. The same conflicting messages were also observed in the User Manual and the illustration on the surfboard.

As a result of the findings, Transport Malta recommends Namaste and the owning company to consult with the manufacturers to reduce the maximum speed limit, considering the potential limited experience and lack of skills that the operators maybe have.

JetSurf and Luxury Water Toys are recommended to issue a safety alert to highlight the importance of releasing the control handle as soon as the rider falls from the surfboard and consider a failsafe design which ensures that the engine is shut down without relying on the operator’s release of the control handle. They are also recommended to only use marketing images of operators wearing full safety gear and amend all the safety instructions in order to ensure that there are no conflicting messages with respect to the wearing of the safety helmets.

While this outlines a very unfortunate incident for those involved, Transport Malta has played an important role in issuing the investigation report. As superyacht toys grow in popularity and complexity, safe operation is constantly a priority. The situation could have happened to anyone using the product, but it is vital to share the circumstances and findings so that provisions can be taken to stop the same thing happening in the future. The full report can be read here.

Topics and case studies such as this will be discussed at this year's Global Superyacht Forum, which features a workshop dedicated to the subject of accident reporting. Click here to view the programme in full.