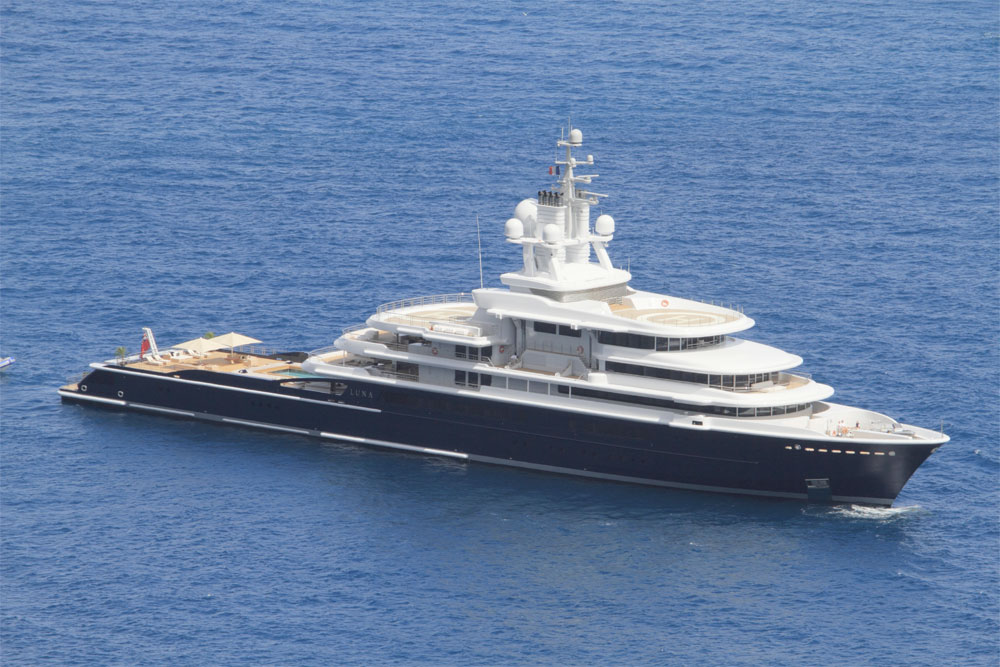 The well-known 115m expedition superyacht Luna was impounded in Dubai earlier this year as judges at a London court sought to enforce one of the largest divorce pay-outs in history. The court ruled that Russian owner Farkhad Akhmedov owes his ex-spouse $567 million.

Crewmembers working on the yacht have had the misfortune of being caught up in the dispute and had their passports seized by local authorities, allegedly taken to prevent the superyacht from leaving Dubai. However, this meant that the crew have been unable to leave the vessel or the country for leave, or if they have resigned from their positions.

Working with the yacht’s Marshall Islands flag state, maritime union Nautilus International has been providing advice and assistance to its members on board, many of whom were cautious about speaking to the union because of onerous non-disclosure agreements. In the latest update on the situation, Nautilus has revealed that its affected members have now had their passports returned to them.

A successful court judgement had ordered the return of the passports, but the local coastguard had appeared to create further obstacles, arguing that a guarantee on the safe manning of the vessel was required before the documents were released. Neither the yacht’s captain nor the management company seemed willing to sign such a guarantee. However, after crewmembers made representations to the Emriate’s British Embassy, consular staff placed pressure on the coastguard to accept the court order and return the passports rapidly.

“Yet again, we have seen Nautilus members caught up in a yacht owner’s personal issues,” reflects Danny McGowan, Nautilus International’s strategic organiser. “Yacht crew deserve the right to go to work without worrying about whether the owner is going through a divorce or – in the case of the superyacht Indian Empress – has their assets frozen while fighting extradition.”

When a yacht is detained by the authorities, it can have an unsettling, even traumatic, impact on the crew. In issue 67 of The Crew Report, we look at the practicalities of what happens in this scenario, and what actions crew can take when the yacht they are employed on is arrested. Sign up for your complimentary subscription to the magazine here.