How does 20 years of at-sea experience improve a manager's communication with the captains in their fleet? 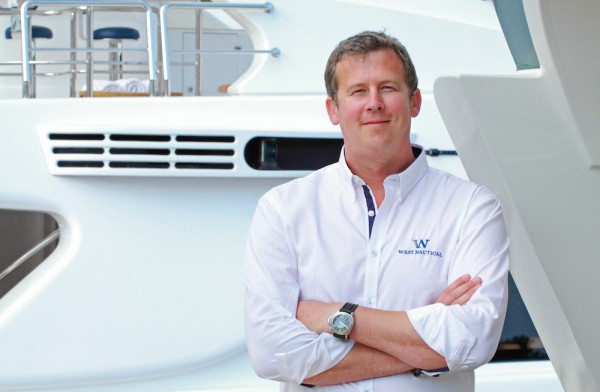 It’s not rare that we hear captains’ murmurings of ‘I don’t want a yacht manager who hasn’t worked on board a yacht before’. So it’s interesting to hear from existing superyacht managers who were superyacht captains in a previous life.

“I joked that I had sold my soul” are the exact words of Tom Leyland (pictured), operations manager at West Nautical, when he talks about his move to management from working on and captaining superyachts up to 73m for 20 years.

Two years down the line and has Leyland learned anything as to why the captain-manager relationship can be so problematic? “It is clear that there is no simple answer as to why captains and management have their differences,” he says. But, perhaps his extensive past at sea gives him a little bit of an advantage.

“Being quite an analytical person, I wanted to find out if there was an ideal [captain-manager] scenario, as well as understanding where these relationships worked and where they really failed. I was keen to discover why, in the hope that this could be applied to my new – and perhaps questionable from a captain’s point of view – career direction.”

The cracks lie where there is a breakdown in trust and understanding of each party’s roles – the latter of which becomes ever more problematic where there are problems accepting one’s place in the owner’s hierarchy.

What did he find? The cracks lie where there is a breakdown in trust and understanding of each party’s roles – the latter of which becomes ever more problematic where there are problems accepting one’s place in the owner’s hierarchy.

Keep in mind this is a conservative statement within the context of just three parties: captain, manager and owner. What happens when that same owner also has an owner’s representative and a family office?

Now let’s say we’re spoiled. Let’s say we have an owner, captain and manager, all who understand each other’s roles and work together in perfect unison. One thing these three people do have in common, however, is that they all understand the superyacht industry, whether that be from a land-based or sea-based perspective, or both.

“Problems can arise when there is a lack of awareness and comprehension of the actual needs of a professionally run superyacht,” explains an anonymous captain. “To someone outside of the industry, yachts can seem like an extortionate waste of time and money, and when an individual who thinks this way is involved in the decision-making, only the yacht, and by default the owner’s enjoyment, will suffer as a result.”

It’s a loaded question, and one that we strive to answer in our Captains’ Debate in Issue 181 of The Superyacht Report – in the same issue you can also find Tom Leyland’s guest column on how his 20 years of yachting experience has influenced his role as a superyacht manager.

Subscribe to Issue 181, our Monaco Yacht Show issue, of The Superyacht Report here.

Captains, yacht managers and owners’ representatives, among others, are eligible for a 12-month complimentary VIP subscription to The Superyacht Report and The Crew Report. To find out if you are eligible, please click here.