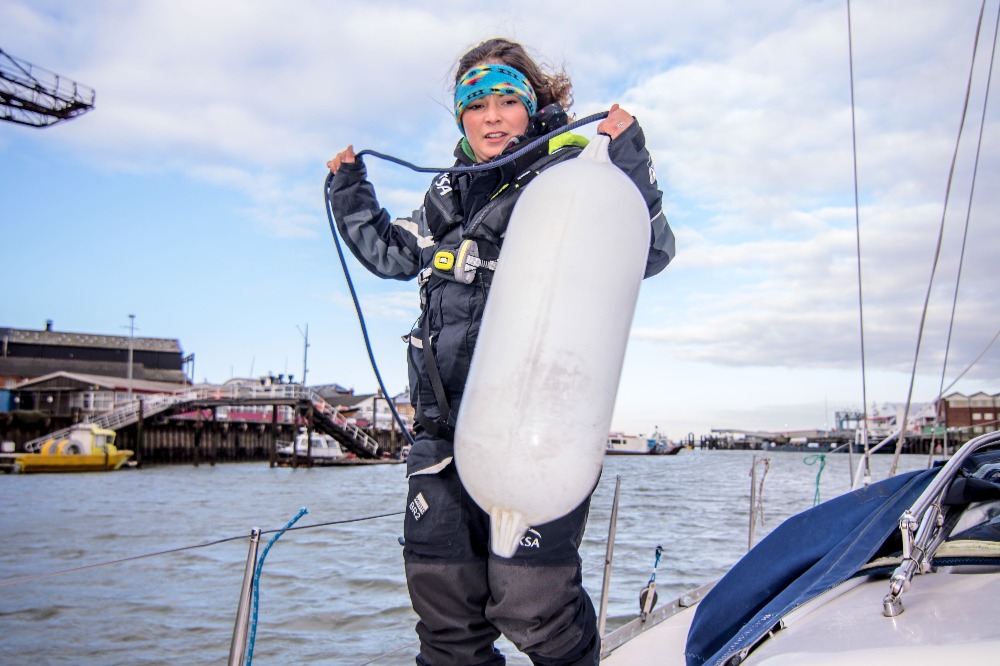 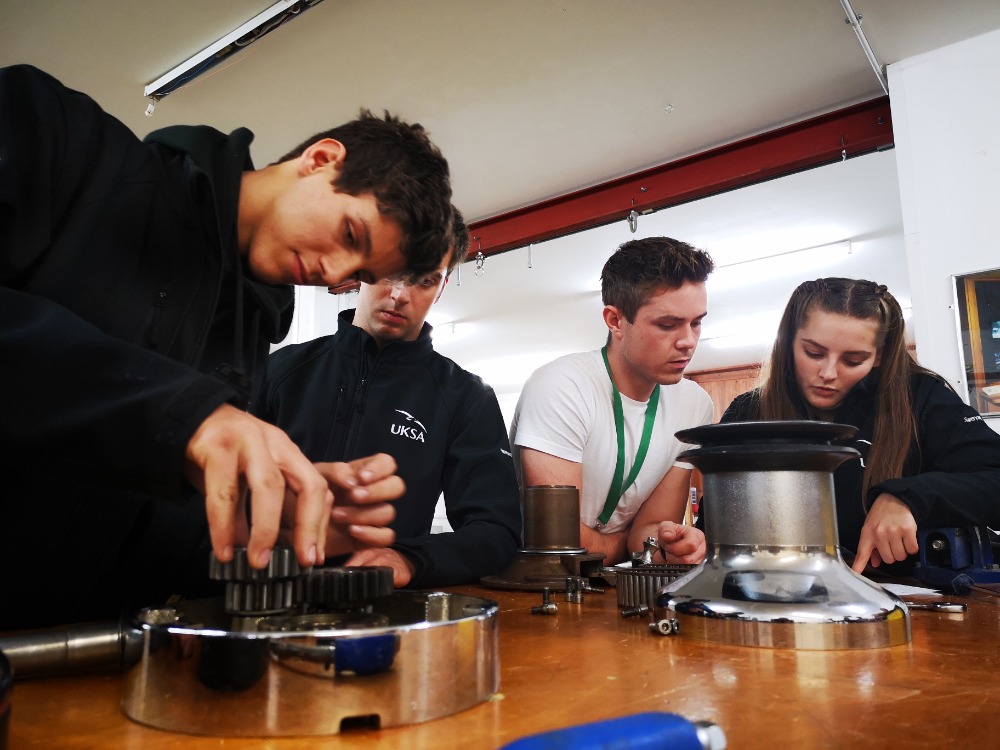 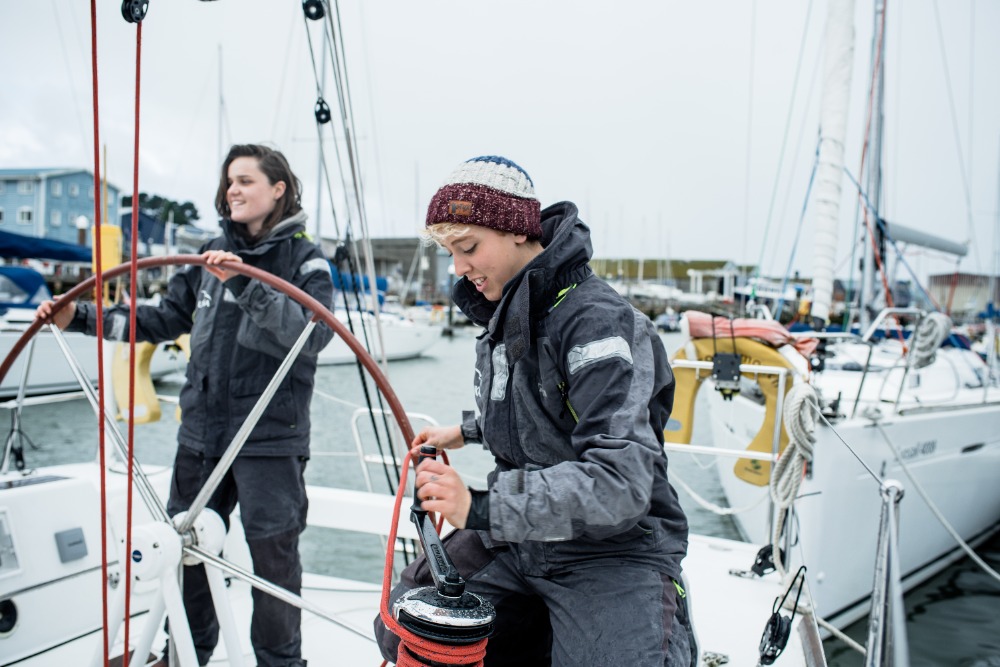 UK maritime charity, UKSA, is reporting an increase of more than 50 per cent in the number of students receiving funding for its Superyacht Cadetship Course when compared to the average across the last five years. During a time in which families and young people struggle with the cost of living crisis, funding in the form of courses for professional career development is arguably more welcome than ever.

For its 2022 intake, the Isle of Wight based charity, which provides life-enhancing water-based adventures, education and world-leading maritime training, has seen 70 per cent of students receive an average of £8,000. This is nearly half of the funding required for the cadetship.

Available to those aged 18-25, the structured four-year programme, which this year sees 37 students start in September, is designed to train the future Officer of the superyacht industry and was created with the Maritime and Coastguard Agency (MCA). It equips graduates with a strong foundation of knowledge, alongside offering a realistic understanding of what it takes to succeed in a career in the superyacht industry.

The course comprises five phases, during which the cadets acquire industry qualifications, experience employment on a superyacht and, towards the end, receive a paid employment role. Cadets also have the opportunity to undertake a Foundation Degree in Operational Yacht Science during phase one and three of the of the Superyacht Cadetship, which is awarded by the University of Plymouth.

SuperyachtNews  speaks to Ben Willows, CEO of UKSA. Talking about the various routes into a maritime career, Willows mentions the fully-funded courses offered by the charity: “it's all about opening up pathways for young people to access different parts of the maritime sector and that starts at 16 (years old) predominantly for us. We have full time education courses and traineeships operating just like a college, but they are specifically focused on maritime skills”.

Willows also mentioned the apprenticeships his charity launched last year during which the participants acquire invaluable transferable skills working on deck and on large vessels. When asked why choose to work in the superyacht industry over other careers at sea, Willows replied “I think the opportunity to travel and see the world and get paid for it is a remarkable and exciting career option for a young person but it does take hard work and discipline to really succeed in it.”

Inequality in opportunity was demonstrated and heightened during the pandemic in the UK and across the globe. This was acutely felt in education, meaning private schools fared better at riding the wave of disruption by keeping their students on track when compared to state schools, according to a survey by the Open Data Institute. When asked whether the charity had learned from those lessons during the pandemic, Willows replied in the affirmative: “towards the end of 2020 into 2021, we launched our OCR Sea Change Fund programme and it's all about reaching out and supporting the hardest to reach and most disadvantaged children and young people in the country.” The programme involves a residential trip that gives participants a chance to experience a variety of different water sports: “sailing, paddle boarding, kayaking, windsurfing, really having an adventure on the water for the week”.

Willows pointed out the issue with children who don't get to experience the sea: “we have about 8,000 kids a year come through USKA and we have hundreds and hundreds of children come here for the first time… they've never even seen the sea, they didn't know it was salty.” Willows elaborates on the work the Sea Change Foundation programme is involved with. During the programme participants learn about the opportunities in maritime from how to get into the Royal Navy to what to do to train to be a Deck Officer or Watersports Instructor. Willows added “those that are interested then have an open door opportunity to come to us and apply for careers bursaries that could be training to be a superyacht cadet.”

Willows expressed he had received encouragement for such a change within the industry during his visit to the Monaco Yacht Show. He is confident that attitudes simply need to shift for a change to occur: “We just need to break down some of those old perceptions that have hung around over the last five or ten years.” However, Willows is realistic in his expectations of the enormous transformation that is required to change the perspective of both young job applicants and the industry itself: “it has to be something that we have to be doing consistently well over the next five, ten years to build that pipeline of young people and broaden the awareness of what's possible and have some great case studies of young people that have been out there and been successful.”

International Day for Women in Maritime