Captain Guy Booth, of Heesen’s 37m 'Aurelia', looks at the issue of losing crew to the ‘bigger-is-better’ mentality… 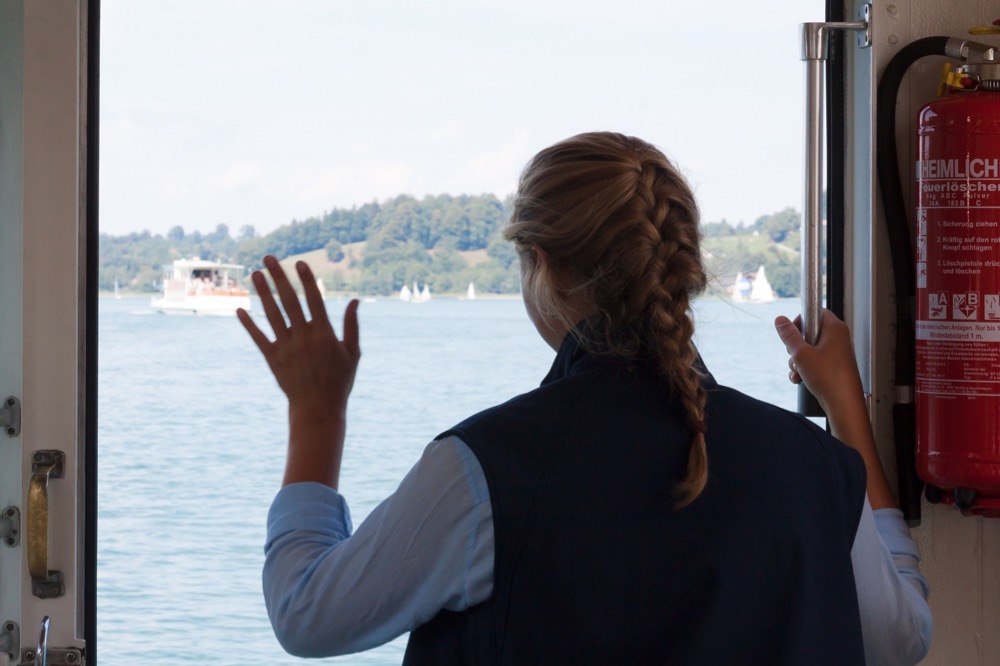 We’re a single-season yacht. We’re incredibly busy – flat out all summer long – but we winter out of the water in a paint tent every year. And offering seasonal positions doesn’t make it any easier. It places pressure on captains to find and train the right crew every year, and it ends up diluting the pedigree of the yacht in the market size. A charter broker will call me and say, “Have you still got the same crew from last year,” and I’ll have to reply, “No, we’ve had a couple of changes”.

Then when you look at the training and certification costs, we have to think about PWC instructor costs, jet-ski licence instructor costs and Power Boat Level 2 certification so people can drive our tender – we have to have that. Sometimes we have to renew these each year, with this arrival of new crewmembers, and the problem is that this proliferates the idea of disposable crew. From the owner’s side, some start to think, “Whatever, they’re gone in two months, what was their name again?” while, often, crew come with the attitude of ‘I’m only here until September anyway’.

We saw the first-hand effect of this. We hired a young lady who, with her hospitality background, attitude and work ethic, was suitable for our boat. She joined us in May and in the middle of June she handed in her notice, having been offered a job on a bigger boat, with an ever so slightly bigger salary, on a year-long contract.

A lot of crew still suffer from the ‘bigger-is- better’ mentality, where they’re desperate to get on an 80m boat, but what does that really mean? Often it’s not better; often the salaries are not better and often the conditions are not better. It’s very departmentalised, whereas on the smaller boats – and by smaller I mean something like us, around 40m – crew have the opportunity to broaden their skills. My 23-year-old second stewardess now drives our 400hp 10m tender. She would not have got anywhere near the tender, other than placing a rolled-up towel on it, on an 80m boat. As a junior stew on an 80m, by now water bottle. I’m not demeaning it, but because separate duties. And it’s the same for the lads. In the evenings, my engineers will roll up the beach towels in preparation for the next day, they’ll take stuff out of the dryer, fold it, and they learn to appreciate what the interior department does; and then the interior crew come down and thank the guys for doing it. There’s an appreciation, an understanding and a bit more building of a team.

Now couple this with the slightly unfortunate evolution that boats are getting bigger. Even five years ago, a 40m boat was a medium-sized boat. Now a 40m boat is barely that. A lot of bigger boats will see a crewmember and poach them because they need them, and sometimes are able to offer them more in terms of salary, which means the guys in the mid-range yachts, such as myself, are having to either retrain frequently or manage expectations from the very beginning. And managing expectations is challenging when you have crew who expect to walk straight on to a boat and earn €3,500 a month when, really, the first thing they need to do is spend a year just following orders.

So losing crew to the proliferation of larger superyachts out there really is becoming a problem. But, slowly but surely, I do think the crew are coming back to us smaller guys. I did because the programme of a smaller superyacht better suited the other needs in my life – my family. And I do hear about other boats where crewmembers, in the interview process, are asked why they are moving to a smaller vessel and they reply that they don’t want to move so much and that they don’t like the politics of being part of a large crew.

Perhaps the stewardess who we lost to a larger boat will come back down to us smaller superyachts but in the meantime I’m encouraging my crew to broaden their skills as much as they can; something that’s really only possible at this end of the spectrum.

A Tale of Two Sittings

The benefits of going private