Crew medical insurance usually has defined geographical limits – often the area limits will be worldwide or worldwide excluding USA. We ask insurance specialists about the problems that can arise with repatriation.… 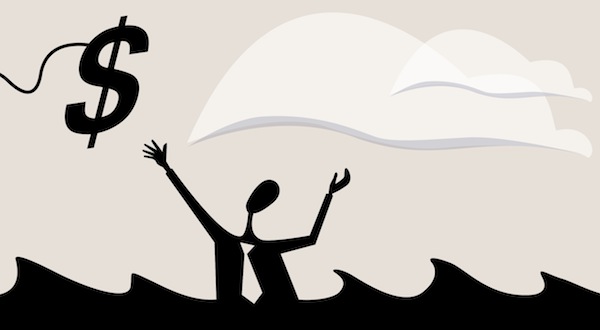 Crew medical insurance usually has defined geographical limits – often the area limits will be worldwide or worldwide excluding USA. Cruising in US territorial waters will mean that higher limits of coverage are required as medical expenses in the US are substantially more expensive than the rest of the world. We ask insurance specialists about the problems that can arise with repatriation when incidents occur.

“It is important to be aware of the exclusions in insurance policies, as some may exclude cover for crew whilst in their country of domicile or whilst participating in certain activities,” advises Nicola Kingman, yacht underwriter at The Shipowner’s Club. “In addition there may be licensing or regulatory issues in certain countries which result in the insurer not being able to provide cover for medical expenses in said country.

“Every appropriate yacht crew medical insurance product should cover the transport to the nearest hospital for immediate treatment or, if medically necessary, to a specialist hospital,” says Anna Baum, marketing director at Pantaenius. “This can mean that in some regions such as the Caribbean, additional transport will be required if the nearest appropriate hospital is located, for example, in the United States.”

If return transport to the insured person’s place of residence is medically advisable, or the nearest appropriate hospital is in the country of residence of the insured person, this should be also be included in the coverage of the policy as well. “After the hospital treatment is finished or the crewmember is discharged, a return flight is usually reimbursable, so the crewmember is able to return to the country of principal place of residence, or to the yacht on which they are employed,” adds Baum.

The Maritime Labour Convention 2006 makes it clear that seafarers are entitled to repatriation, at no cost, in the event of illness or injury, which requires their repatriation when found medically fit to travel.

The Maritime Labour Convention 2006 makes it clear that seafarers are entitled to repatriation, at no cost, in the event of illness or injury, which requires their repatriation when found medically fit to travel. Baum explains, however, that problems with repatriation may occur if the crewmember wants to be transferred to a hospital that is not in the country of his/her residence or if they would like to be transferred mid treatment but the transport itself is not medically appropriate or advisable.

“For example, if an Australian crewmember is in France and needs urgent medical attention, the insurers would not cover a flight back to Australia for the medical treatment, if the Australian did not want to go to a French hospital,” says Baum. “If there was no medical reason for him to fly home for the immediate medical care, they would pay for transport to the nearest appropriate hospital in France that could treat his/her medical condition. Then after he/she is discharged from hospital, either the crewmember could fly home for further rehab treatment or go back to the yacht.”

The other issue to check is the repatriation benefit limit; it is important that the policy states ‘full refund’ – otherwise there could be a financial shortfall if the medical evacuation or repatriation is complicated and, for instance, a flatbed is medically necessary on a long haul flight due to back injury.

Once repatriated to their country of domicile, insurers may expect the crewmember to use the national healthcare scheme. “If, for example, the crewmember has access to the NHS in the UK, we would normally expect them to continue their treatment under such a scheme,” says Kingman. “However, this is not always the case, and each incident would be considered on its merits.”

Apart from having adequate cover in place, Baum concludes that crew should always be aware of administrative issues. “If in an emergency, for example, a hospital has not received a clear cost guarantee from the medical insurance, the medical service might be limited or postponed,” she says. “That’s why contacting the insurance provider in the event of an illness or accident is of major importance.”