Insignia Crew are a new agency placing experienced servicemen and women on board superyachts.… 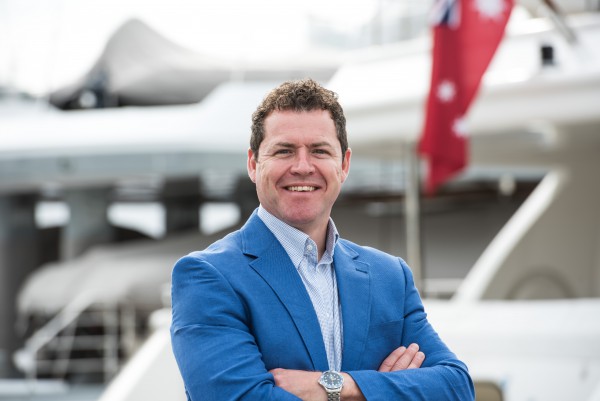 Crew arrive in this industry from all backgrounds, each armed with a different reason for spending time on vessels. Insignia Crew, the brainchild of Andrew Holme, hopes to support prospective yacht crew who have recently moved away from life within the armed forces and wish to find a job on yachts.

The concept behind Insignia Crew grew out of frustration. When Holme left the Royal Marines and pursued his dream of working within the yachting sector, he was disappointed by yachting agencies in Antibes who didn’t see his skills and experience as compatible with life on board. He eventually found himself a role on 70m yacht through other means. After two years on the vessel and following a period in the commercial sector, Holme established Insignia Crew at the beginning of this year. Holme hopes to use his experience in both worlds to help his fellow ex-servicemen into the yachting sector, seeing clearly how the two worlds could fit together. With five ex-Royal Marines placed in new roles already, and five more in the pipeline, it’s been a successful start to the year for the young company.

Traditionally, ex-forces have been mainly been employed in security roles, either onboard or ashore. Holme is keen to stress that the crew he has placed (and will continue to do so in the future) are first and foremost deckhands, with the additional skills to take on another role if required, such as close protection security or tender drivers. The candidates, who are all personally vetted by Holme himself, are looking to change their career path, but still utilise their years of experience and specialist accomplishments. As Holme explains, “Candidates for the most part want to be employed as deckhands, and the fact nearly everyone holds an array of additional skill sets, is a real plus point for the captains. With this in mind, Insignia Crew really does offer exceptional value for money to the industry.”

"Many skills required on board a vessel complement established behaviour found in the armed forces. Living in close quarters, teamwork and professionalism are just some examples of what is expected of both military personnel and crew."

Many skills required on board a vessel complement established behaviour found in the armed forces. Living in close quarters, teamwork and professionalism are just some examples of what is expected of both military personnel and crew. “A mature approach with a well-rounded understanding of the world around them, a strong respect for others, robust understanding of the qualities needed to look after an UHNWI, being flexible and reactive, a clear understanding of rank structure, carrying out instructions quickly and being fast learners,” adds Holme.

For Holme, a core ethos instilled in the Royal Marines is commitment, something often lacking in the superyacht world. He explains that the ex servicemen and women are leaving a career that they have been committed to many years, in some cases up to a decade in one role. Those who are recruited through Insignia Crew are dedicated to their new chosen career. “Insignia Crew candidates have left the Royal Marines or Armed Forces and have proactively chosen to pursue a career in the superyacht industry, it is in effect a second career choice for them and not an afterthought that the superyacht industry will lead them to a pot of gold and an easy life,” he says, referring to the many new yacht crew who enter the industry and see it as a short-term yet highly paid role. “They genuinely have an interest to work within the superyacht industry, with this mindset comes absolute commitment to the role. We would not expect an Insignia Crew candidate to be reconsidering his position three months into their contract with thoughts of, ‘I’m not sure I can do this’ or ‘I don’t like living in such tight quarters with others’ or, ‘actually I'm going to leave and go home or find another yacht’,” Holme continues.

The feedback from both sides of the industry has been overwhelmingly positive. “Being accepted into and working on board a superyacht will have special significance for all those involved; we would like to think that the superyacht industry also recognise that they are supporting a former-servicemen in to a new career. The British services community are also behind the proposition 100 per cent,” reveals Holme. The support from fellow ex-marines who already work within the superyacht industry has also been prevalent. Matt Pinckney, a sales broker from Burgess and himself a former Royal Marine, attended the Insignia Crew briefing day to speak to candidates and deliver a general industry overview.

This new calibre of crew could solve a number of the industry’s complaints about yacht crew, who are sometimes inexperienced and disinterested in seeing yachting as a longtime career path. Although, as Holme admits, the crew he places are not qualified for every role on board, Insignia Crew provides a great resource for both ex-military personnel and yachts.

An iconic yacht, an iconic career

Superyachts seek medical personnel on board

A commitment to crew careers

From yacht manager to recruitment agent