Managing crew uniform on board

Organising uniform can be extremely stressful. We speak to Crew a la Mode to find out what it takes to successfully manage uniform on board… 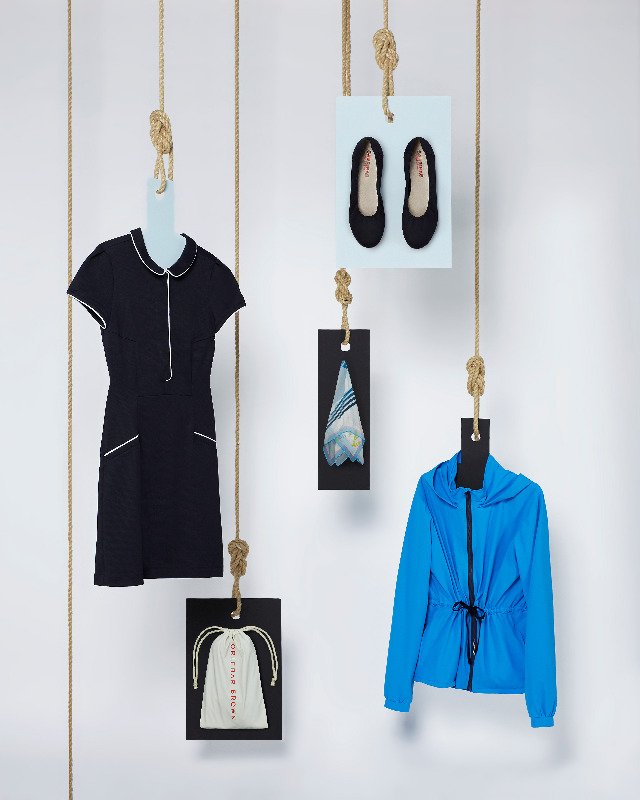 For those not involved in first-hand operations of a superyacht, uniform management may be pretty low on the list of priorities. But in reality, crew uniform management can cause many headaches on board. From sourcing new uniform for new crewmembers to excessive storage solutions, if not managed properly, it can create serious issues.

Even with the management of existing uniform, there are so many ways in which things can go wrong, especially on large yachts and vessels with a high turnover of crew. “The changing of crew has a big impact,” says Crew a la Mode client director Lottie Lyne. “There are some yachts where a huge amount of money is wasted on reordering uniform due to the high level of crew turnover.”

Retaining a loyal crew is important for a successfully run superyacht for numerous reasons, such as familiarity, a cooperative team and lower hiring and training costs. However, maintaining a successful inventory system for a superyacht with a high crew turnover is very difficult, so well thought-out processes are essential. “When boats are getting through a lot of staff, that’s when the problems start setting in,” explains Lyne. “Often, new crew don’t know where everything has been ordered from, or even where replacement uniform is stored.”

According to a survey of 644 crewmembers conducted by The Superyacht Intelligence Agency, 80 per cent said spare uniform for new crewmembers is stored on board. The trouble with this is that storage requirements are often such that there is simply no space on board the yacht. “We do offer off-the-boat inventory storage options,” says Lyne. “This means that the crew will have on board what they need, we have a warehouse with their inventory and the boat orders what they need when they need it. The trouble really comes when owners want uniform that is visually exciting and, as a result, constantly want a different look, but there is nowhere to put it all.” If there is an owner who likes to change the uniform on a regular basis, it’s both highly expensive to buy and a nightmare to store.

According to a survey of 644 crewmembers conducted by The Superyacht Intelligence Agency, 80 per cent said spare uniform for new crewmembers is stored on board.

Of course, there are ways to recycle unused uniform on board, such as wearing old uniform on your downtime or cutting it up and using it as cleaning rags but, as Lyne explains, ‘often crew don’t have the authority to throw anything out’, and that includes recycling and repurposing old uniform. So while there are options to cope with an abundance of redundant uniform, until the owner gives the all-clear, crewmembers have no real choice other than to store it on board or in a shore-based unit.

Apart from the issue of storage, the biggest frustration concerns delivery delays and incorrect orders, according to The Superyacht Intelligence Agency survey. Here, 18.3 per cent of crew complained that often uniform is delayed because of being held up, customs, not completing orders within an emergency time frame or taking too long dealing with customised colour pallets.

The Superyacht Intelligence Agency survey determined that 18.3 per cent of crew complained that often uniform is delayed because of being held up, customs, not completing orders within an emergency time frame or taking too long dealing with customised colour pallets.

Having a time restriction to work within is not only a challenge in itself, but also will end up costing a huge amount of unnecessary money. For example, with an urgent total uniform change, or perhaps a new uniform for a new build, the crew will need something to wear while the final order is being processed, whether this is a temporary cheap option or a quickly put-together uniform, while the final product is made in the conventional way. “It’s like a puzzle,” says Lyne. “We deliver items in the meantime and piece together the collection in the best way possible.”

While one of the most significant frustrations from the crew perspective may be delivery delays and the ordering process, it’s the small changes from the owner and crew, who assume that the process is going to be a simple one, that also appears to be a main cause for delay.

Then, after finally getting hold of the uniform, how does one ensure that the upkeep is kept under control? There is a considerable amount of money invested in uniform. In fact, new uniform is a big part of the monthly budget, according to the survey, so there is no room for mistakes when it comes to general upkeep. "we’re putting a huge focus on helping those on board maintain things correctly,” explains Lyne. “We’re working with boats to care for garments and ensuring that our knowledge is passed on to them so they can look after them properly.” The important thing to remember is that the more difficult the general upkeep – such as having to deal with colourfast fabrics – the more of a nightmare it will be for the crew.

From the crew’s perspective, the management and procurement of uniform has always been tricky to get right, from ordering to disposal. But as Lyne explains, it’s about keeping the project on track, having a full understanding of how to care for the garments and having an effective storage solution, even if that means a shore-based option.

Keep calm and carry on