As the yacht's manager is found guilty on safety charges, we ask why the superyacht industry should take note… 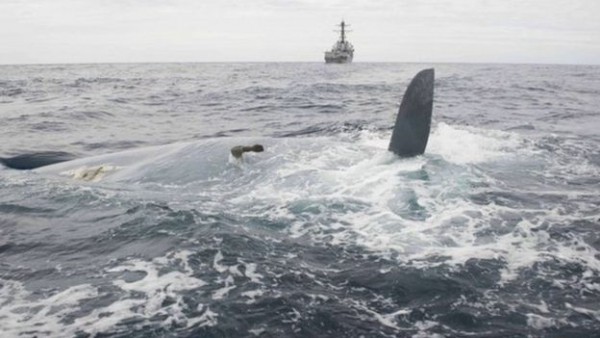 Douglas Innes, boss of yachting firm Stormforce Coaching, has been found guilty of failing to ensure the safety of 40ft yacht Cheeki Rafiki, which lost its keel and capsized during an Atlantic Crossing in May 2014 with the loss of four lives. The jury was discharged last week after failing to reach verdicts on four manslaughter charges, which will be the subject of a retrial, but the guilty verdicts on the safety charges were by a majority of 10-1.

During the trial, Innes was accused of cost cutting and failing to get the vessel checked before the voyage. Prosecutor Nigel Lickley QC told jurors the yacht had been coded under an MCA ‘Category 2’, which meant it was only authorised to be used commercially up to 60 miles away from a safe haven, and the code certificate had expired shortly before the tragedy. The court also heard how the vessel, which had grounded three times in three years, had an undetected fault with the keel bolts and that some of the bolts had been broken “for some time” before the yacht left the UK.

For the superyacht sector, and the maritime industry as a whole, the news should be a salutary reminder of the importance of proper management, and regular maintenance and inspection by qualified surveyors. The pending retrial on the manslaughter charges clearly indicates that gross negligence is still an issue that will require adjudiction.

While the four charges of manslaughter were filed against Douglas Innes and his company, many believe that greater scrutiny should be placed on the yacht’s coding and compliance survey, which had not included the inspection of its keel bolts and effects seaworthiness. The investigation found that the report of the MCA coding inspection of the Cheeki Rafiki appears not to have made any record of the keel bolts having been checked to confirm their condition and structural integrity – a deadly oversight considering Cheeki Rafiki’s previous groundings.

Having first investigated and reported in 2014 that the loss occurred as a result of keel bolt failure, RICS Chartered Surveyor Captain Ed Geary was contacted by a number of reporters during the trial, who asked for his views on the court proceedings. “From what I’ve seen from the media reports, much like a skillful artist, Nigel Lickley QC is doing a great job of painting a picture of Innes in terms that the jury can relate to,” he responded. “The picture shows an incompetent manager who was motivated by greed, that also had a total disregard for the safety of the yachts he managed and for the persons on board.”

Captain Geary believes that the loss of the Cheeki Rafiki has proven that both the manager and the coding surveyor had the opportunity to ensure that the yacht and its crew were safe, but were incompetent in doing so. “In accordance with Section 100 of The Merchant Shipping Act, Douglas Innes, the yacht’s manager, had a legal responsibility to maintain the Cheeki Rafiki in a seaworthy condition, especially when considering her frequent groundings,” he adds. “And because of sloppy oversight, the coding surveyor failed to carry out a comprehensive survey when the Cheeki Rafiki was inspected for MCA Coding.”

Captain Geary concludes that this tragic and clearly preventable incident serves not only as a warning to the maritime industry of the hidden dangers of keel bolt failure, but also of irresponsible organisations motivated by greed and profit, who provide unreliable surveys.

What next for industry associations?