How is COVID-19 affecting crew employment? 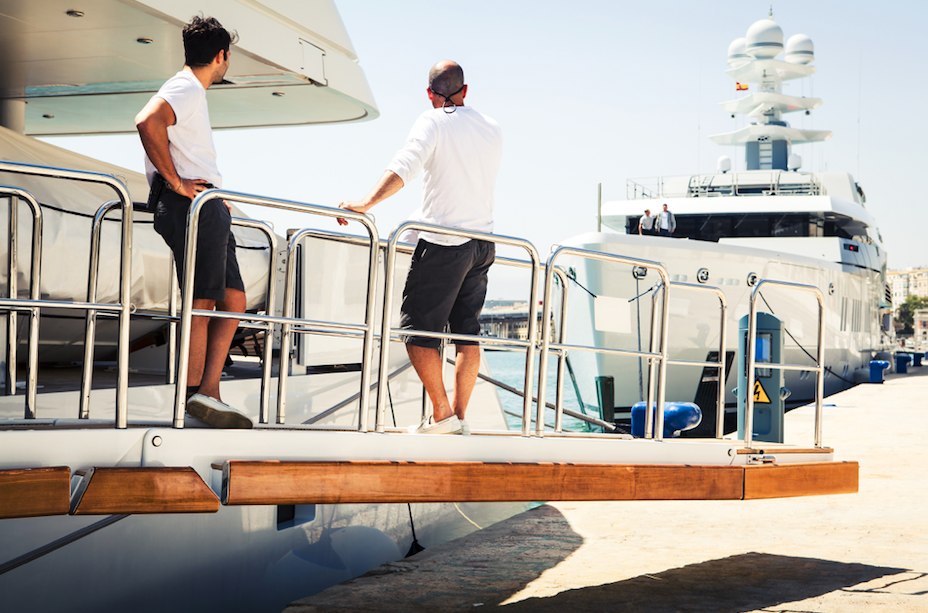 There have been anecdotal reports circulating the industry about superyacht owners cancelling their yacht's summer season and crew being let go or having salaries reduced due to the COVID-19 pandemic. To better understand what was happening to crew across the industry, Quay Crew recently surveyed a number of captains regarding the current situation on board in light of COVID-19. The survey was completed by a total of 88 superyacht captains – though not every respondent completed every question – between the 8-11 April, the results of which provide a more realistic view of how yachts and owners are responding to the current climate.

The survey's respondents represented a range of different-sized yachts, with the large majority having been tied up in port at the time of the survey. A significant number of yachts were also in the shipyard or at anchor, and only a very small proportion were travelling somewhere. Just 6.9 per cent of the respondents had guests on board at the time. Given the survey size, this amounted to a total of six yachts, two of which had guests on while in port and the other four had guests on while travelling somewhere. Despite reports circulating the mainstream media of owners and charter guests quarantining themselves on board superyachts during the pandemic, based on these results it can be assumed that these are in the minority.

Just nine per cent of respondents had let crew go on a permanent basis at the time of the survey due to the current situation. However, based on the feedback from the captains, 26.2 per cent had reduced crew numbers temporarily by allowing crew to travel home, take leave (both paid and unpaid) and go down to a skeleton crew. It is also worth noting that some of the respondents had reduced crew numbers forced on them due to travel restrictions.

“The forecasted use of the yacht includes owners and charters as soon as current restrictions ease. Crew are valued – we’d rather stick with a successful team than search for crew at short notice in a couple of months’ time.”

According to additional feedback from captains, some yachts had stopped crew taking leave due to the current situation, while others are enforcing leave to be taken while things were 'slow'. “We have sent crew on leave, and they have signed agreements that they will move to unpaid leave if the situation regarding the virus means they cannot return to the yacht,” commented one respondent. “The forecasted use of the yacht includes owners and charters as soon as current restrictions ease,” responded another. “Crew are valued – we’d rather stick with a successful team than search for crew at short notice in a couple of months’ time.”

Only 13 per cent of respondents had reduced crew salaries in light of the COVID-19 pandemic. The feedback from those that had was that some owners were using the situation as an opportunity to redress what they feel are excessive salaries in certain positions. On the other hand, several captains contacted Quay Crew to reiterate how supportive the yacht's owner had been, both financially and by being flexible to ensure the crew are safe and happy. 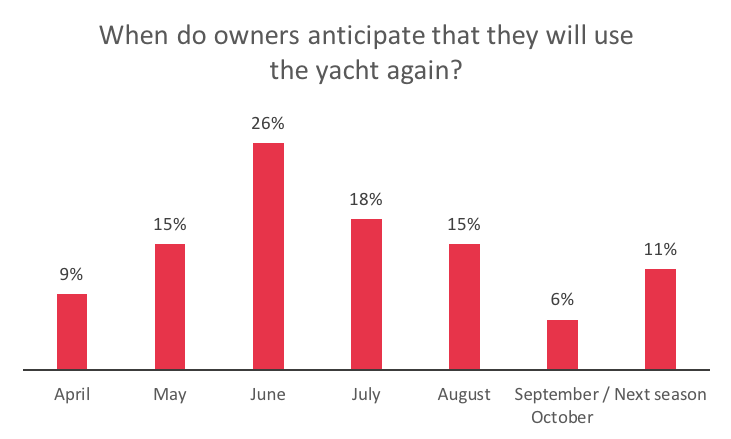 All in all, the results of the survey provide a positive outlook for the crew sector. While anecdotal reports of job losses and seasons written off might be circulating the industry, it seems that such cases are in the minority. The results show that the large proportion of owners are optimistic about the season ahead and, as such, are keeping crew employed as normal. Of course, the longer the severity of the pandemic continues, the more the attitudes of owners might shift, and could have already shifted since the survey was undertaken in early April. However, it is evident that the majority of superyacht crew are secure in their positions for the time being, and that the narrative regarding rafts of lost jobs is largely unfounded.

With thanks to Quay Crew for sharing the results of its survey.