How captain supply is changing recruitment

As captain supply outstrips demand, does the superyacht recruitment sector need to adapt? 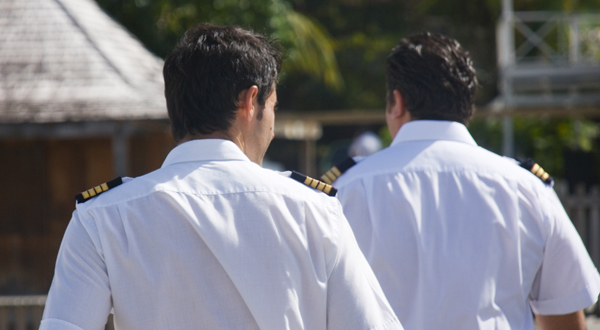 Browse any pages of a magazine aimed at superyacht crew, or even the wider spectrum of the entire superyacht industry, and recruitment issues largely focus on junior crew. Whether journalists are questioning the day-to-day attitude of junior crew or querying why they appear to be jumping ship with such ease, the discussion is largely based upon those whose years in this industry can be counted on one hand.

This past year, however, it hasn’t been hard to have a conversation with a captain without it turning to the fact that ‘nowadays there are far more captains than there are jobs’ – we even looked at the MCA yachting tickets (Master of Yachts less than 500gt and of Yachts less than 3,000gt) and the same years’ deliveries, from SuperyachtIntelligence.com, to get the proof.

But one captain in this industry has bemoaned a different problem – that of the professionalism captains are met with when, in this new era of captain supply outstrips demand, they themselves are looking for a job.

We got our hands on an email from a captain to a recruitment agent, about what he calls “a gripe that has developed in recent weeks”. The recruitment agent in question is wilsonhalligan Yacht Recruitment, however it should be noted that the captain praises this company as one of the five per cent in the industry who do not fall into the same category as those he goes on to bemoan.

The captain complains that in all bar a few companies in the superyacht industry, applications for captains’ positions, despite being advertised on the respective recruitment companies’ websites, go largely unacknowledged. “There are some big names who glamorously advertise their job vacancies with pomp and ceremony, however fail miserably to even acknowledge the ‘high earners’ with so much as a courtesy email, telephone call or text,” he says.

After a frustrating effort to finally get some direct contact with these recruitment agents, he says he has “found these ‘consultants’ seem to have minimal experience in placement … and seem to be woefully unqualified to deal with the senior crew.” He goes on, “Surely, like yourselves [wilsonhalligan], it would make sense to to respond to a captain or head of department with even an acknowledgement that they will be considered or forwarded, [so] they feel a proper job is being done.”

“If it were me, as a captain, and I didn’t take the two minutes required to respond to the sometimes hundreds of emails I get a day, my name would be dirt in this industry.”

The captain goes on to share his belief that senior positions should be dealt with by senior consultants, rather than someone brand new to the world of recruitment. And he closes his email with an interesting point: “I’m aware that everyone in the recruitment field is busy, and consultants have to wear many [hats], but if it were me, as a captain, and I didn’t take the two minutes required to respond to the sometimes hundreds of emails I get a day, my name would be dirt in this industry.” A point, I think, well made.

I’d like to highlight this captain didn’t send this email with a view to anything being printed (he has, however, since given his approval after we approached him), but as a mere, honest “gripe”, as he says, to one of his trusted colleagues in the recruitment field.

However it does make me wonder, should there be different recruitment protocol for different levels of seniority of the role and candidates the agent is dealing with? And rather than suggest all captains and first officers should be courteously responded to, which, if timing isn’t an issue – which, let’s be honest, it always is, is a perfectly reasonable request, why should this courtesy be limited to senior crew?

My mind isn’t quite made up on this yet, and I can already envisage a string of phone calls from recruitment agents having read this reiterating just how busy they are, which I wouldn’t dare to contest. But the fact is, the supply and demand issue faced by captains means the recruitment market is changing – how it should change, however, is what remains to be seen. Any smart ideas? I’m all ears – lulu@thesuperyachtgroup.com.