SuperyachtNews.com - Operations - French Social Security - what are your options?

Dan Armsden of Sarnia Yachts outlines the options for yachts in light of the French social security decree.… 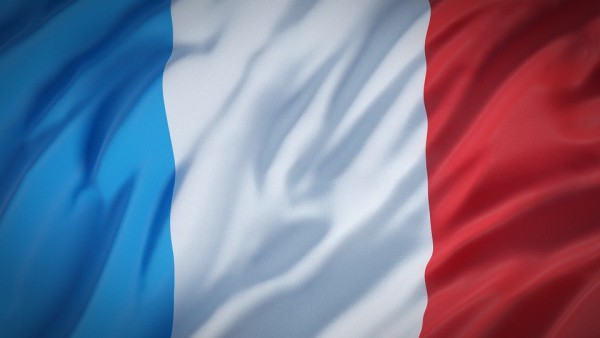 The French social security decree was introduced earlier this year following a dispute between seafarers and an international ferry company operating in France.

The decree’s implementation will help to avoid a repeat of similar disputes in future, but the effect of the decree on the yachting industry was not considered, despite numerous warnings from industry professionals and law firms.

Rumours continue to circulate, suggesting that the decree will be amended, suspended or even scrapped entirely before the end of 2017. At the time of writing, the decree remains in force for affected pleasure and commercial yachts.

What are your options?

Many yachts have left French waters in an attempt to avoid the decree. The resulting financial impact on the French maritime sector continues to add weight to the yachting industry’s argument for a change to the scope of the decree.

In the meantime, owners of yachts affected by the decree may have up to four options to consider.

ENIM, the French maritime social security body, has published indicative contribution rates which vary depending on the operation of the vessel and position held by the seafarer. In some cases the combined contribution rates will be greater than 30 per cent of gross wages.

We have spoken with numerous non-French seafarers who have been unable to register with ENIM despite residing permanently in France, sending their children to French schools and submitting French income tax returns. So the option to register with ENIM is unfortunately not straightforward and not particularly appealing to seafarers or employers.

If the seafarer is a national or resident in another EU or EEA member state, in Switzerland or a country that has a reciprocal social security agreement with France, the seafarer can elect to make social security contributions in that country rather than registering with ENIM.

In the majority of cases this will give access to significantly lower contribution rates than through ENIM. As an example, the social security contributions rates in Malta are capped at just over €43 per week for the employer and the same rate again for the seafarer.

However, to register seafarers for social security contributions in another country there needs to be adequate justification to do so. If the seafarer is resident in that country or works on a yacht which flies that country’s flag, this would be sufficient justification.

It should also be noted that non-EU crew may not be able to register with other EU social security systems as they are often restricted to just EU nationals and residents.

Option 3: A change of flag

Choice of flag is one of two triggers contained within the decree. If the yacht flies an EU, EEA, or Swiss flag, or the flag of a country which has a reciprocal social security agreement with France, then the decree does not directly apply to the yacht.

Many pleasure yachts operate under Temporary Admission (TA) within the EU and part of the TA criteria is to fly a non-EU flag. So switching to an EU flag is not an option as it will trigger a VAT liability when operating in the EU.

Commercial yachts can consider a change of flag to the UK, Isle of Man or Malta to take advantage of more favourable social security contributions rates. A change, however, may result in additional survey work, changes to yacht certification and additional expense for the owner.

Even yachts flying a flag which does not trigger the decree may still be indirectly affected by the decree. We believe the French authorities will expect seafarers to be covered by the social security system of the flag. If a French resident seafarer is employed on board the yacht and the employer is not making contributions to the social security system of the flag, or another acceptable system, the French resident seafarer may contact ENIM and request for contributions to be made through the French system.

If the employer refuses, they may be subject to claims of “hidden employment” which can result in fines of up to €45,000, three years' imprisonment and damages calculated on the basis of six months' gross wages.

The final option is to leave French waters before a period of three consecutive months has elapsed. It is not clear whether the yacht can then return for another consecutive period of fewer than three months in French waters, but we suspect that there may be complications with doing so.

We hope the French government announce a suspension to the decree before the end of 2017. We expect revisions will be made to the decree in collaboration with yachting professionals and law firms. For the meantime, we advise that all available options are explored, and intent is made to deal with the social security liabilities for affected seafarers and employers.