SuperyachtNews.com - Operations - Former Below Deck star Hannah Ferrier on the reality of yachting 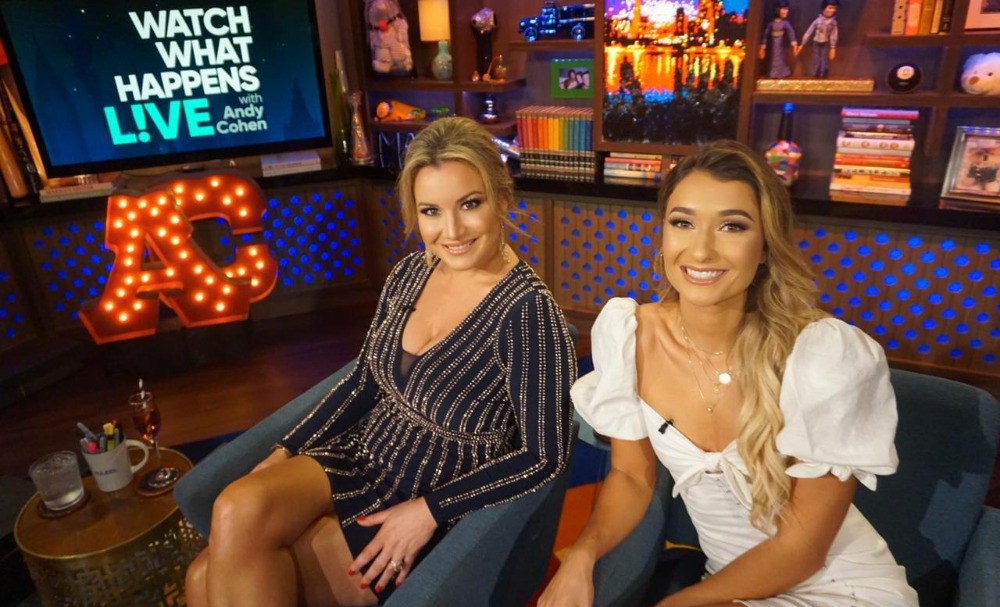 “I think what makes me most relatable to people who follow me and who have watched my career is that they know I’ve always kept it real.” Hannah Ferrier, former Below Deck Star and CEO of Ocean International Training Academy explains, “I don’t hang out with any other celebs or influencers, I’ve always had the same circle and group of friends around me.” Although she admits having over 769,000 instagram followers is ‘a bit weird’, Hannah is using her presence and influence on social media to educate her audience on the true nature of both Reality TV and working in the superyacht industry.

There are seldom ship builders, recruitment companies, or industry bodies operating in the yachting sphere who could claim to have accumulated more interest among young people than Hannah has during her time at sea. “After I left the show my messages were just completely flooded with people getting in touch with me trying to figure out how they can get on the yachts and kickstart a career at sea. But I was also so aware of these companies selling this unrealistic dream to people. I've seen a stewardess show up on a boat and say, ‘I only work like eight hours a day, and they said that when I finish work I can chill on the boat and relax.’ And it's all because of these companies trying to get as much money out of people as possible and selling them a very unrealistic dream of what yachting is.”

It was this realisation that made Hannah understand she needed to bridge the gap between people who are simply interested in yachting and those who are actively searching for a career at sea. Hannah and her business partner Anastasia Surmava - who also appeared on Below Deck, decided to set up the academy in a bid to not only teach people about the joys of yachting, but also the various trials and trepeditations that come with it. 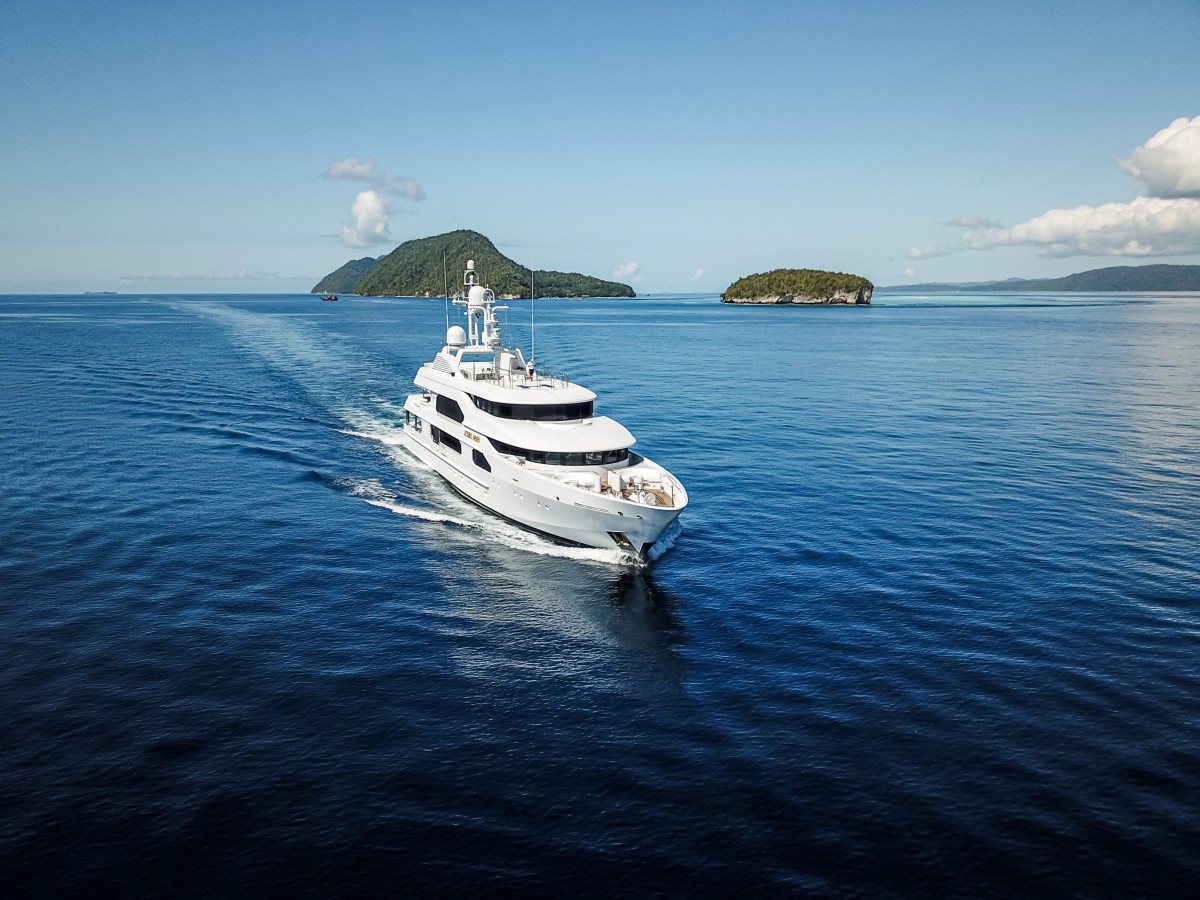 “I tell my students, you're going to get on a plane and go to another country on your own to a place where you might not even speak the language. You have to be able to go do stuff for yourself. I'm here to help you but if you ask me something and I can google it and get the answer in two seconds then it's pointless.” Hannah argued the case for only engaging with people who have the right attitudes and motivations, “In order to work in this industry, you have to be independent and you have to have drive, I can hold your hand for some things, so I feel like there is a massive gap in the industry, and that's kind of what we're trying to help people with.”

Ocean International Training Academy offers three dedicated courses that follow the path to recruitment as Anastasia and Hannah see it. The bronze course effectively acts as a beginners crash course and entry level qualification which aims to prove to recruiters that candidates are aware of the various nuances and necessary foundations of beginning a career at sea. Meanwhile the silver courses for both interior and exterior disciplines are tailored towards teaching candidates valuable lessons so that “They don’t have to go to ask the Chief Stewardesses and Mates what to do all the time.” The zoom calls also allow the candidate to ask questions in real time and virtually meet other students from the academy.

At the Superyacht Forum in Amsterdam it was noted during a panel discussion that recruiters in the industry think that ‘Below Deck hasn’t done us favours’ due to the amount of applications with the wrong motivations. For most people who see superyachts in movies and TV it doesn’t register that they have every possibility to go and work on one of these luxury vessels. Hannah believes that the Netflix show has transpired a mixture of both positive and negative influences,

“Below Deck has definitely opened the door for a lot of people. But I also try to ensure that my students know that what you see on TV with Below Deck is not the reality of yachting.”

Hannah continued, “Obviously at the end of the day, they're making a TV show. So if we finish a charter and then we have a glass of wine and go to bed, that's not very interesting television. So the fact that they go out every third night and there's heaps of alcohol and everyone's hooking up and all of that sort of stuff kind of has a reason. If you went into an interview for Below Deck and said your favourite hobby was reading, you're probably not going to get through to the next level.” 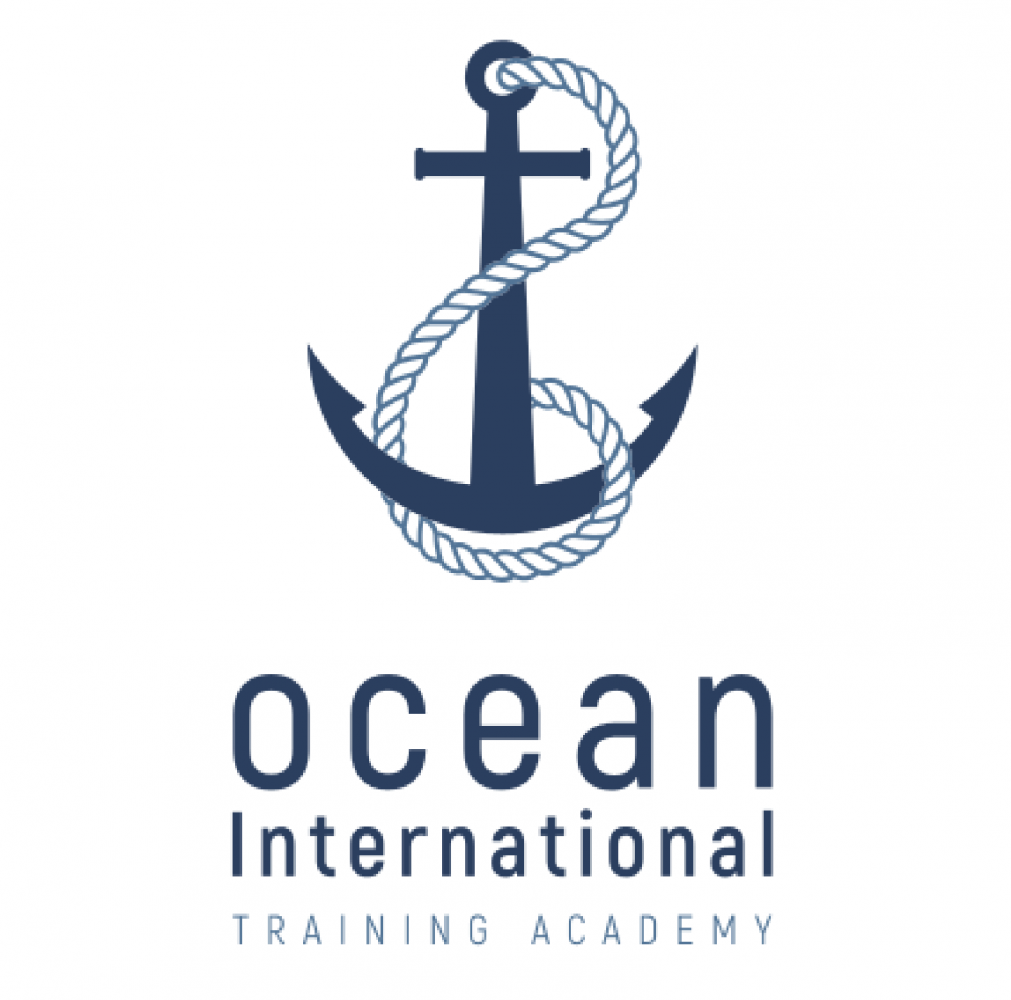 Hannah also explained that she has absolutely no interest in signing up everyone that DMs or emails her. “I don't want to take money from somebody who I don't think would be a good fit for yachting.” For all that is said about Below Deck, one would struggle to find reason to discredit the efforts of Hannah after playing such a major role in opening the door of the industry and then educating those people with the realities of it.

When Cor De Rover, a superyacht designer of the highest ilk, suggests that he redesigned a tender garage after realising how hard they are to clean after watching an episode of Below Deck, it’s difficult to heap too much criticism on the show. As Hannah states, “You do see on Below Deck the hours they work, the crew quarters they live in, how hard they're running up and down the stairs all day. There's some things that glamorise it and then there's some things that are very true to the industry that are good for people to know.”

Hannah believes that by passing on some of the ‘cheat codes’ and ‘loopholes’ that one can only attain by spending time on board, she can build a candidate with an experienced head on young shoulders - the dream of any recruiter. Her courses have been designed specifically to not only act as a crash course for interested individuals, but to also give candidates that little extra something that will make them stand out from the regular crowd. Those who complete her course will have an affordable and yet fully accredited qualification which proves the candidate hasn’t simply done the minimum requirements and walked into the right crew bar at the right time. 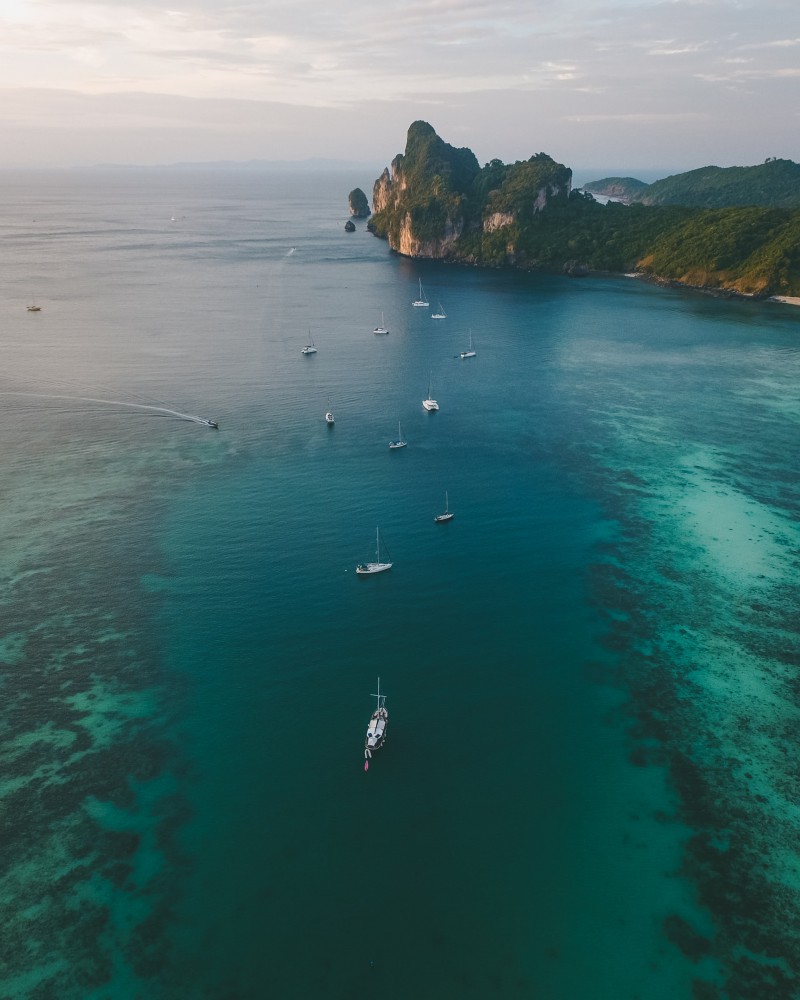 When it comes to the realities of yachting, it would be Naive to think that there aren’t more than a few hard pills to swallow. The superyacht industry has been blamed in the past for being superficial and lacking in diversity and inclusivity, Hannah admitted, “I started out thirteen years ago, and I especially realise now that I was probably hired for my looks and because I was just kind of there. I would like to do my job very well but…

"There were some people who would take it much more seriously than me and they weren't getting jobs.”

Hannah continued, “I do feel like the industry is getting a lot better. We now have three males stewards working who were students with us, and you know, when I started, you would never hear of that. Fortunately it is also becoming a lot more open to the LGBTQ community. Also, as hideous as it sounds, I only knew one African-American when I got my first few years in yachting, and that was very disheartening. But I feel like it is slowly getting better. I always say I feel like the audience is like 20 years behind, like every other industry. That's kind of normal. So I'm hoping we're going to catch up really soon. It is hard to stand up to what the owner wants as crew…

“You either just lose your job and stand up for what's right, or you shut up and give the owner what they want, but that's just a lot of the industry in general to be honest.”

Hannah and Anastasia have big plans for the next few years, while the COVID-19 pandemic hasn’t helped procedures, they are hopeful for an exciting year at O.I.T.A. In the near future they plan to have a physical school open where they can do face to face training with candidates. The ultimate holistic aim is to raise the industry standard and provide the industry with properly vetted and qualified recruits - an absolute necessity if the industry is to meet its aim of hiring 25,000 crew by 2030.