Following the tragic death of bosun William Black in 2010, his family hope to highlight the importance of crew safety… 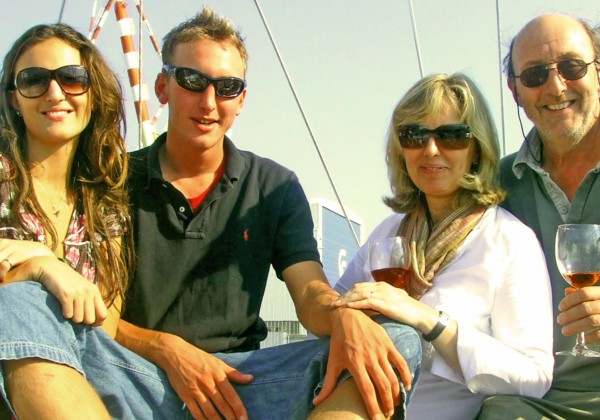 The family of William Black, a bosun who died in a tragic accident in 2010, hope to use his death to encourage captains, crew and managers to look at the current safety standards for crew, as well as how the industry responds to incidents after they have occurred.

As William’s sister Rosanna explains, there was little information regarding how the accident occurred, “He was travelling in the small tender back to the main boat, S/Y Burrasca, around 10pm at night. He left the harbour - there’s CCTV footage of him leaving the harbour - and all we know is that the boat he was on crashed head on into a stationary, moored, unmanned boat.“

The yacht’s flag at the time, St Vincent and the Grenadines, recorded the following report of the incident: “Mr. William Black was on tender duty between the mothership at anchor and the shore. The anchorage was very crowded. Returning to the mothership, the tender hit an unattended vessel that was anchored in the bay. The tender was found drifting with no one on board... Mr. Black's body was not found.”

“We have never heard from the owners of the boat, something that I feel is unacceptable. The lack of care for crew life is something that I really want to raise awareness of,” says Rosanna.   “We never actually saw the boat, it left Monaco before we had a chance to fly out. We never saw the boat he was working on - the captain or the crew - we arrived in Monaco not knowing what to do or who to turn to.”

In the days that followed William’s disappearance, Rosanna found crew and captains from other vessels were incredibly helpful and credits their support throughout such a difficult time, “We’re very pro the yachting industry, the people we met out there were just amazing, it’s such a family,” she remembers.

For Rosanna, she hopes that her brother’s death highlights the importance of using kill cords and lifejackets - neither of which William was wearing at the time of the accident. Similarly, the family felt that they were let down by how the accident and follow-up was handled, “It’s been six years now, but there’s been a lot of time to get our heads around it, especially as nothing was really said about it. We just wanted to tell his story, and tell the story in a positive way to raise awareness.”

“In our work with UK Safe Sailing, we want to make sure that lifejackets become more mandatory to wear, whether that’s training companies or boats signing something that will make sure that they wear them. If he had worn a lifejacket, worst case is that we would have his body, best case is that he’d been knocked unconscious but he’d have been alive. There are ways of making sure that things like this don’t happen again.”

For the Black family, they remember William for his larger than life personality and share his story in the hope that his death highlights the need for increased crew safety training, as well as a greater respect of crew lives.

The family have set up a bursary in William’s name for future sailors with UKSA. To learn more about William’s story, to donate and raise money for this worthy cause, click here.

The ongoing issues of incident reporting and accidents on board will be explored in more depth in issue 176 of The Superyacht Report.

Photo courtesy of the Black family.

Who should take responsibility for superyacht safety?

Yacht managers meet in the name of safety