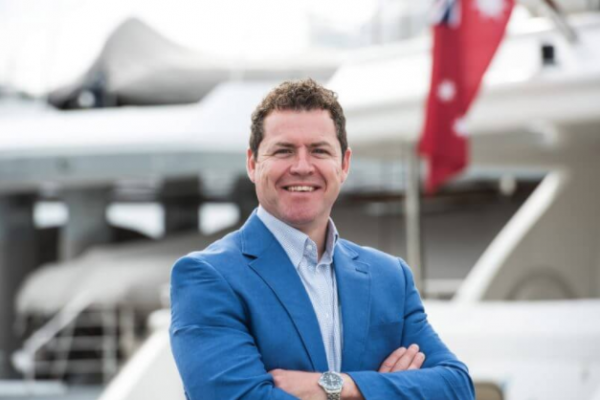 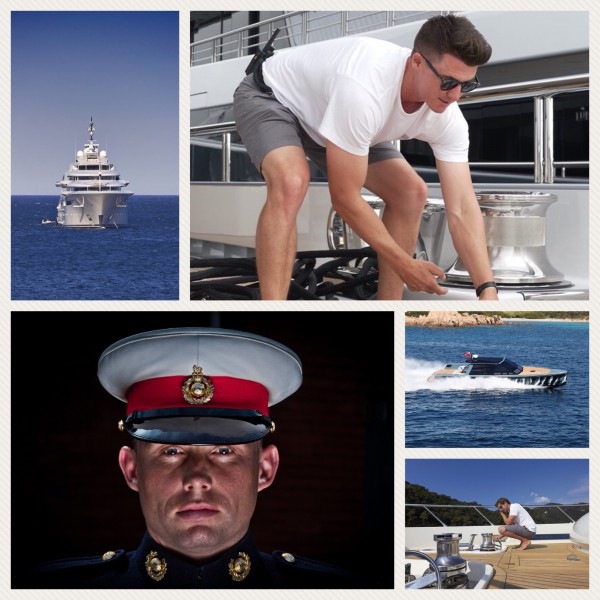 There are a number of issues that are persistently levied at the crew market including high crew turnover, a lack of practical experience and issues with authority and rank. Might it be that some of these issues would be avoidable if the industry considered candidates from different walks of life? Andrew Holme, the founder and managing director of Insignia Crew, believes that, if the market is able to overcome some of its biases, former military personnel have the ability to be the antidote to a good number of the crew-related woes.

Holme, who previously served in the Royal Marines and latterly held a security and deckhand position aboard M/Y Saint Nicolas, explains that he first encountered the superyacht market’s biases in the form of ageism. “I was 36, a former Royal Marine seeking a specialised role in the superyacht industry. I was dock walking in the South of France, I held an above average set of qualifications required to enter the industry and was going above and beyond in order to secure my first position, but, in nearly every case, I was bounced out of the door by recruiters who told me that I was too old to join the industry,” he says. “I had never come across ageism before and it was frustrating. However, within a short period of time in the South of France Region, I had under my own steam secured a role aboard M/Y Saint Nicolas, where I stayed for a thoroughly enjoyable 18-months. It was clear to me that the skills and experiences I had gained during my service in the Royal Marines were applicable and very transferable to the superyacht industry.”

It seems, according to Holme, that the superyacht industry is determined, at times, to make the same mistakes with crewing time and time again and levy the same complaints without seeking out solutions that break the status quo. However, he caveats his statement by adding that he does not mean to over generalize in this area, saying that there are, clearly, a number of high quality recruiting outfits and a very good number of quality crew candidates out there.

“A number of Insignia Crew candidates that I have successfully placed in to the industry have had similar experiences to myself in terms of negative agency attitudes and lack of follow up communication, and when you think I was seeking my first role in the industry in 2008, there certainly appears to be an ongoing negative trend spanning some ten years in this area,” Holme continues. “There seems to be a misalignment with the people in the superyachting hubs and their attitudes towards talking to people with a same military background to myself.”

Additionally, Holme explains that some candidates he is currently working with and supporting, wear ink (tattoos). He explains that wearing ink is an accepted part of today’s culture and a reasonably strong part of military life and culture also, a culture that is based on duty, regimentation, authority, dedication, team work and lots of hard work, often in arduous and unforgiving conditions.

There is a varied viewpoint in the superyacht industry about ‘ink’. However, to simply dismiss candidates who have chosen to be tattooed for whatever personal reason they hold to do so, runs the risk of missing the opportunity to engage with and employ outstanding individuals who possess a wide and varied skill set and who could quickly become an extremely valued member of a team on board. It is a black and white system in a technicolor world.

The Insignia Crew business model is not solely based on finding former military professionals ‘a new’ role in security on board superyachts, although candidates have been successfully appointed to roles of this nature. Insignia Crews proposition is extremely varied, meaning it can find candidates to join superyachts in a deckhand capacity alone or as qualified engineers, nurses, divers or indeed as helicopter pilots, the options are endless but understanding the demand is key in order to align the skill set.

“We are providing the industry with candidates who are clearly able to perform roles associated to a superyacht’s needs, but what you are actually getting is someone who comes with a whole host of other skill sets relating to safety, an enhanced awareness of security, medical knowledge and much more, never mind discipline, discretion, dedication, maturity and integrity,” explains Holme. “If there is a fire on board, these individuals already have the practical experience that most crews are lacking. If there is a suspicious individual or package, these people are already trained to spot them/it and respond appropriately. Knowing how to quickly respond in serious scenarios is second nature to them and this is easily applicable in a superyacht industry that is notoriously lax on security and safety.”

The crux of the argument is that former military professionals employed in crew roles as their second career having served their country, provided the industry can look past a slightly more mature candidate in some cases and the occasional tattoo, can provide owners, guests and Captains with a degree of stability and peace of mind that may otherwise be lacking in some instances.

Have you subscribed to The Crew Report? If you are a Captain, Chief Engineer, First Officer, Chief Stew, Bosun or Deckhand, click here to receive your complimentary subscription.

More confusion around the parameters of B1/B2 visas?

Dealing with the aftermath