Helicopters offer a seamless way to move between the shore and a yacht. However, the requirements and facilities associated with them are a complex component of daily operations. Tiger Tugs, a company based in Oregon, USA, aims to alleviate the issues faced by crew with its latest model… 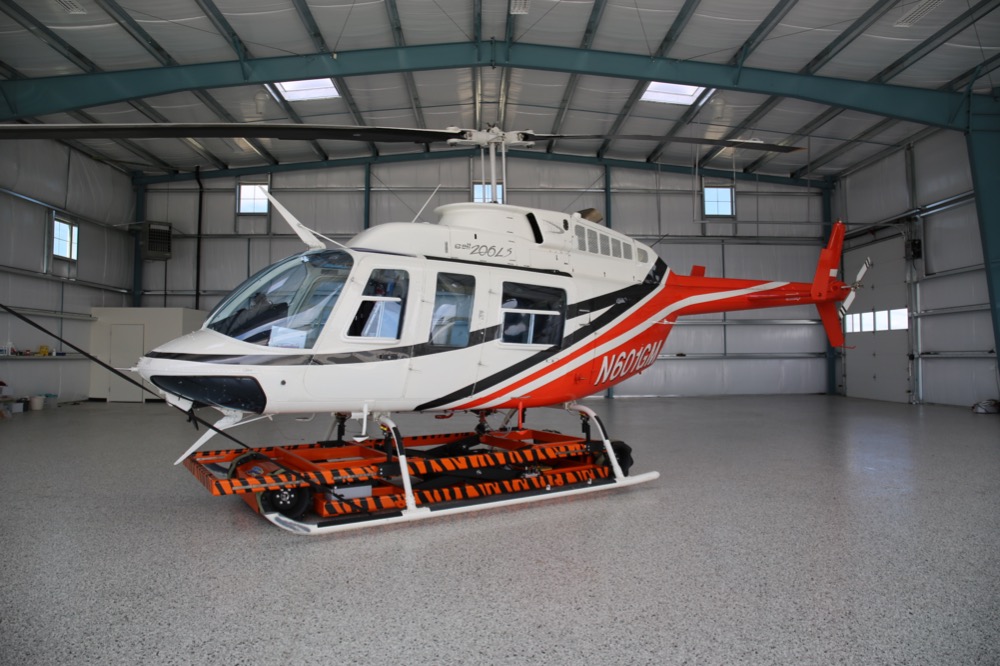 As such a delicate and expensive piece of equipment, it’s vital for helicopters to be moved around the yacht in a safe manner using helicopter tugs, and securely stored when not in use.

Traditional tugs and dollies can be difficult to use at best (hazardous at worst) so with its ‘Typhoon Tug’ model, Tiger Tugs offers an excellent solution for safely transporting these aircrafts once they have landed on the yacht, as well as minimising the amount of space they take up on board.

Even in the fairest of conditions, manoeuvring a helicopter can be a difficult task. Typhoon Tug’s unique proposition is its ability to move in any direction – it can drive sideways (at any angle) and pivot 360 degrees.

“The Typhoon Tug is used on board yachts due to its primary characteristic of omnidirectional capabilities,” explains Scott Mills, president of Tiger Tugs. “The standard helicopter tugs are more like an automobile with two wheels that steer in the front, so in a tight space, you would have to essentially parallel park your helicopter. It would take 10 iterations of turning and pivoting, something that requires a lot more movement and care.”

Although the technology of the Typhoon is incredibly advanced, the tug is operated by a wireless remote – similar to that of a small remote-controlled car. “It is so straightforward to operate, we [just] provide the crew with an instructional manual or a short video demonstration,” remarks Mills. The Typhoon model is compatible with various helicopter designs, has an adjustable height and can handle weights up to 8,000 lbs. Unlike many other tugs, the Typhoon’s lifting mechanism is a ‘true scissor lift’, which lifts the helicopter straight up.

When it comes to incorporating the Typhoon Tug on board, Mills and his team often work with the yacht’s design team during the early specification stage. “They approach us and share that the client has a helicopter that they need to move and they are interested in an omnidirectional tug,” he explains. The intricacies of each aircraft can then be discussed before the installation of the equipment on board to ensure the Typhoon Tug will be suitable. “Our tugs have to fit underneath the helicopter and engage with the front and rear cross tubes, so if there is any hardware under the helicopter – such as floats or antennas – we need to know early on,” explains Mills.

The first piece of Tiger Tugs equipment was sold to the yachting industry in 2016, and Mills explains that in the majority of cases an existing tug can be updated if the yacht changes owners or a new helicopter will be landing on board. “If an owner gets a new helicopter, the tugs can be modified. Typically, we can simply retrofit an existing one for a new aircraft,” he adds.

For yacht owners and crew, the Typhoon Tug offers a safe, precise and easy-to-use solution to the movement of helicopters on board.

Increased possibilities for helicopter storage on board superyachts