What is expected from owners and crew in the eventuality of a yacht sale? 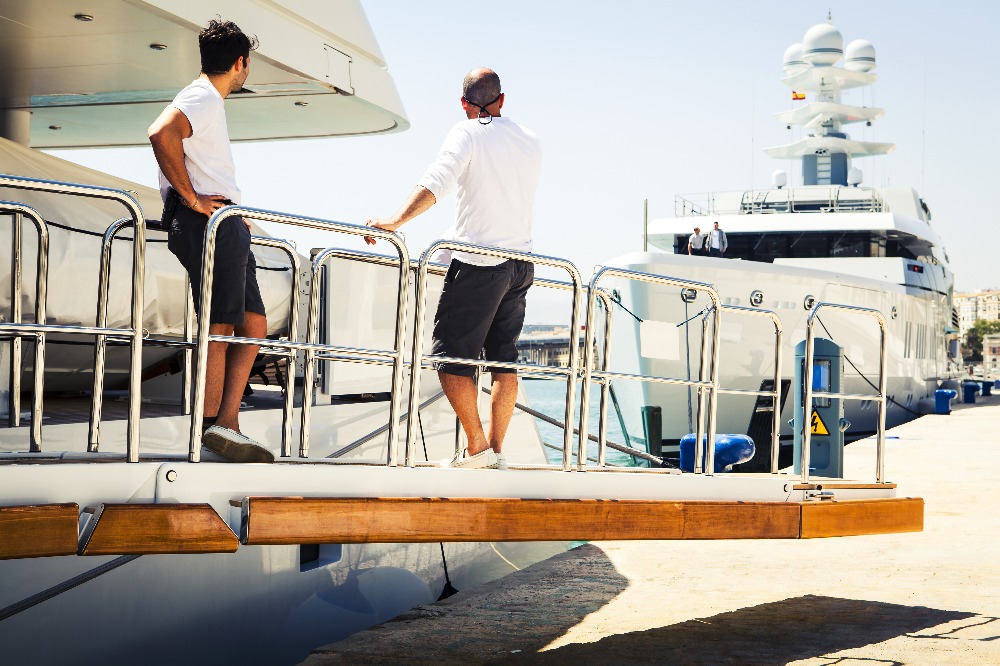 Yacht owners are frequently educated by their advisory team to treat ownership as they would a business. However, this doesn’t always happen in practice and can compromise the treatment of crew as the professionals they are.

The process of crew severance, in the eventuality of a yacht sale, is a good example of this, and is a situation that every yacht buyer and seller faces at one point or other. Too often, there is a lack of planning and forethought, which can leave crew in the lurch at the point of sale, staring down the barrel of a spurious severance package and an uphill battle for a new job.

“I’ve never understood how the termination of a crewmember’s contract is any different to them [owners] selling their business and losing their executive secretary,” explains veteran yacht broker, Jim Eden.

“I was working with one owner on a yacht sale and we had acceptance from a buyer, and we were doing the sea trialling and survey and he said, ‘Jim, what shall I do with my crew?’” The owner had no idea what to do and only a six-month redundancy plan for the captain, but nothing for the remainder of the crew – and this was a very big charter boat.

“When we sat down to discuss the severance packages, I said to him, ‘Well what would you do in your business?’ and he looked perplexed. I told him to provide them with packages based on where they were in the employment hierarchy and how long they had been in service.”

"My number one recommendation for crew is that they should try to establish something in writing as soon as the owner says he wants to sell the boat."

It turned out that no-one had been on board for less than two years, so he gave the lowest-ranked crew two months’ redundancy pay based on their salary, and the captain, engineer and chef all got six months. The captain also got a bonus for helping with the sale. But this, Eden says, is a best-case scenario.

“A lot of owners throw a 30-day severance package at everyone, but that’s very unfair,” Eden continues. “If you are a captain on a 50m-plus yacht, you can’t simply sidestep into another similar role. You might be out of work for a year.”

Eden says that there are occasions when a new owner will keep all the crew and ween them out based on their preferences, however, that’s for the guy who has just come into ownership with no existing captain and crew, and so is less prominent on larger yachts, which tend to have experienced owners.

“My number one recommendation for crew is that they should try to establish something in writing as soon as the owner says he wants to sell the boat,” suggests Graeme Lord, president and owner of Fairport Yacht Support.

The severance package Lord has seen most typically is one months’ redundancy pay for the crewmember, plus one month for each year of service. However, the best outcomes, he says, are always when the owner raises it early in a deal. If you wait until the deal is done, the owner might look at the crew severance pot for funding any adjustments or closing costs for the sale, which simply isn’t fair on the crew.

“The owner then knows that his crew will stay through the sale and be motivated to see a successful conclusion, because otherwise the conclusion of them doing a good job is simply that they will lose their jobs."

One of the best arrangements Lord has encountered is when the owner assigns a chunk of money to be split up among the crew that stay with the boat until the sale is complete. So, for example, the owner will set aside $100,000 in a severance pot for the eight crew, and this money is split proportionately among them after the yacht is sold. What happens after the sale, regarding the crew being kept or leaving, doesn’t matter because you’re still severing your relationship with that employer.

“The owner then knows that his crew will stay through the sale and be motivated to see a successful conclusion, because otherwise the conclusion of them doing a good job is simply that they will lose their jobs,” Lord adds.

As it transpires, the owner sold the yacht two years later. Unfortunately, it’s very often the owner who can’t make a long-term commitment, and thus, it’s imperative that crew are acutely aware of how to deal with their yacht being listed for sale.

More intricacies of crew severance will be revealed in The Crew Report, issue 85. Please see below to see how you can register for a subscription.

Cooking for the crew