What do crew need to consider when it comes to making sure an owner’s art collection stays in top condition? 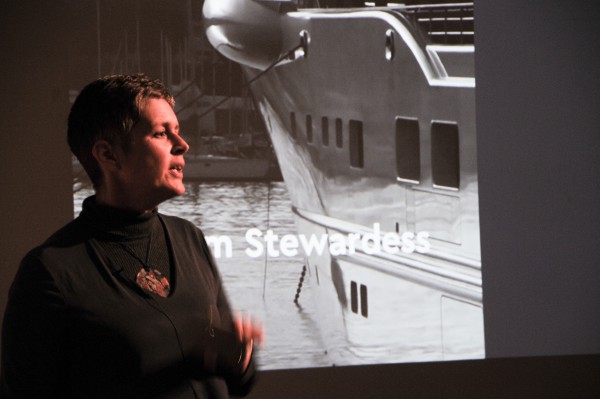 It will come as no surprise that priceless pieces of art, from sculptures to paintings, feature in many yacht’s collections. Are owners aware that their precious works on board – in some cases, collections that outvalue the vessel they are placed on – may be depreciating rapidly due to improper care?

There are many elements that can impact an artwork’s condition; the layout of a yacht (the artwork’s proximity to a window with excessive light levels, for example), the temperature, the levels of humidity, vibration and the possibility of encountering water or pollutants. Helen Robertson, senior object and preventive conservator at the National Maritime Museum, spoke to SuperyachtNews to discuss the importance of educating crew about conservation techniques. Robertson, who worked as a chief stewardess for over a decade, first became interested in conservation when she felt obligated to speak to the yacht’s owner after noticing a piece of art deteriorating. “I knew that something was wrong, that the designer didn’t want to change the look and nobody else was going to step in and do anything about it. The last resort was going to the owner and try to explain what was happening.”

Robertson explains that these works of art are often (evidently) aesthetically appreciated by the owners, but also monetarily valued. This, she recalls, was the most effective way to ensure that the piece of art was correctly cared for and repositioned. “The realisation that the artwork was effectively being destroyed was enough to make him move it. He didn’t think about it, until it was pointed out from a realistic, financial investment point of view that he actually did something. He loved the work, but he didn’t understand necessarily what was happening to it and the damage being done.”

“The realisation that the artwork was effectively being destroyed was enough to make him move it. He didn’t think about it, until it was pointed out from a realistic, financial investment point of view that he actually did something. He loved the work, but he didn’t understand necessarily what was happening to it and the damage being done.”

The thought-process behind the placement and care of artwork varies between each project. Some owners (and their designers), begin a yacht’s design with the pieces at the forefront of their minds, whereas others do not consider it so carefully. Robertson’s experience on one vessel – where the art was being compromised – encouraged her to do some of her own research on best practices. “Early in my stewardessing days, I worked on one boat that had a sizeable collection but its care was an afterthought. So, that led me to discover the National Trust Manual of Housekeeping to learn more,” she remarks.

The interior crew of a superyacht are trained to an incredibly high level, but the care of art is not often something that is known on board. “I realised that, from a housekeeping point of view, we were trained to clean and to be well-presented, but not necessarily trained to care and conserve . Therefore, finding that manual really helped me understand a bit more, of what was going on, especially with elements that I couldn’t see, and to introduce different practices.”

An appreciation of art, and an understanding of the artist’s intent, is also important. She recalls an incident where a junior stewardess attempted to pick off original painted cornflakes from a Basquiat painting, potentially ruining it. Another story involved a captain removing the ‘packaging’ from a priceless Christo, where the wrapping was a core part of the artwork itself.

The prevalence of discretion is an issue that is often encountered in the yachting industry, as many owners do not wish – for personal and security reasons – the world to know which artworks are on board. However, this can raise concerns when it comes to artworks that occupy a significance in cultural heritage. Conservators or art experts are often called in at late notice, or when the damage has already been inflicted on a certain piece. If damage does occur, crew can be reticent to report any harm caused to the piece for fear of repercussions. Further, owners could also fear that damage reported could negatively impact any value of the artwork.

Robertson recommends that yacht has a comprehensive, central management system that details all the artworks on board, their current condition, ownership and customs status and best methods to care for them. Another method to reduce any potential damage is for each yacht to have an ‘art officer’; a nominated crew member who understands the importance of using the correct materials on board. However, Robertson cites high crew turnover as an issue that yachts could encounter, suggesting that the management company take on this role or external specialist support is sought. “To place that role on an individual on board is hard, especially considering the specialist knowledge required.. I know from my time as a stewardess, being crew is a full time job and adding an extra layer of high risk responsibility on that is not necessarily fair. Also you don’t know how long they are going to be on board for… Where does that information go? Is it passed on?”

To combat the issues faced, and to encourage more in the industry to understand how vital it is to understand conservation of pieces on board, Robertson will be working with Pandora Mather-Lees (founder of Pandora Art Services and co-organiser of the Art at Sea Symposium) to develop training courses for crew.

Image: Helen Robertson speaking at the Art at Sea Symposium