The investigation of deckhand Jacob Nicol’s death, has been concluded… 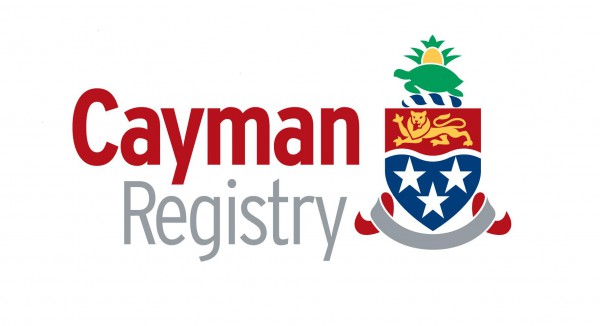 The Maritime Authority of the Cayman Islands (MACI) has published its report on an incident involving Jacob Nicol, a 22-year-old British crewmember, who was seriously injured after falling from 81.8m Kibo (now M/Y Grace) on 3 May 2015, and tragically later died in hospital.

According to the report, which details the exact movements of Nicol and his fellow crewmembers leading up to, during, and after the event. The investigation concluded that the “primary cause of this accident was poor working practices on board and a failure to follow the yacht’s documented safety management system (SMS).”

The cause of Nicol’s death in June 2017, ruled ‘accidental’ by an inquest at Birmingham Coroner’s Court, was bronchial pneumonia brought on by his immobility following the accident. As the report outlines, “Due to being deprived of oxygen while underwater, the Deckhand suffered hypoxic brain injuries and was left severely disabled.”

The report indicates that on 3 May 2015, due to good weather and a calm sea, it was decided that “this would be a good opportunity to clean the stainless steel parts of the rubbing strakes (referred to on board as “rub rails”) attached to the yacht’s hull. The rub rails are located just below the main deck level, approximately 3m above the waterline.” The activity would be supervised by the yacht’s chief officer and the third officer.

A Permit to Work (PTW) was then issued, with the third officer confirmed as the “Responsible Officer”. The PTW form stated a requirement for safety shoes and a safety harness, but did not require a lifejacket to be worn. “The Deckhand then changed into appropriate footwear for working over the side while the [third officer] checked the fender hook and rope which were already in place on the port side bulwark. The arrangement of a safety harness/bosun’s chair/support line/fender hook comprised the deckhand’s ‘means of support’ and no additional safety line was rigged,” reports MACI. It details how Nicol spent time carrying out the work, often being checked on by other crewmembers that he was comfortable using the equipment and could “demonstrate its proper operation”.

At approximately 11 am local time, the chief officer noticed that Nicol had fallen from the worksite into the sea, where he was “seen on the surface of the water as he started swimming slowly towards the stern of the yacht." The deckhand was described as looking shocked, but aware of his surroundings. The report then details how the chief officer told another deckhand that Nicol had fallen into the water and needed assistance. In the 30 seconds that it took for the chief officer to leave the worksite and the other deckhand to enter the water, Nicol could no longer be seen.

It was at this point that the entire crew began to assemble, and one of the stewardesses (a fully qualified nurse) “took charge of the medical response to the emergency.” The chief officer made a distress call on the radio, alerting shoreside ambulances. As Nicol was still out of sight in the water, crewmembers began preparations to search and recover using SCUBA equipment. The master then entered the water – with the SCUBA equipment – located Nicol and brought him onto the swim platform, where resuscitation attempts began.

The time between Nicol falling from the worksite and first aid being administered by crewmembers was 13 minutes and 23 seconds. Nicol was transferred by tender ashore (still receiving CPR and oxygen), where he and other members of the crew were met by an ambulance and he was moved to a local hospital intensive care unit. Nicol spent 11 days there, before being brought back to a hospital in the UK, again in ICU, before sadly passing away in June 2017.

The accident was not captured by CCTV on board Kibo, as Nicol was working outside the motion detection zone. The report indicates that “the most likely direct cause of the accident was that the Deckhand lost his footing and fell while in the process of repositioning the fender hook.” No independent safety line was in use, although this was required by the yacht’s technical manual.

The report concludes that the method of work being employed at the time was not in accordance with the yacht’s technical manual, the yacht’s Standard Operating Procedures (that required an inflatable lifejacket to be worn) and also the guidance in the “Code of Safe Working Practices for Merchant Seafarers for working aloft and outboard.”

As a result of this tragedy, the yacht’s management company Y.CO has implemented a number of changes in its fleet of yachts, including specialist training on board, revised operational procedures and reviews. Further, the incident led to changes in the safety requirements for working aloft and over side working in the REG Yacht Code (the replacement of the Large Commercial Yacht Code and Passenger Yacht Code).

The MACI report is a vital reminder that the yachting industry must learn from such tragic accidents and improve safety for all crew, to avoid devastating incidents occurring on board.

The report is available in full here.

SuperyachtNews will continue to report on the investigation and its impact on the yachting industry. Our thoughts are with Jacob Nicol's family and friends.