What do superyacht captains think of the current efforts to alleviate pollution in our oceans? 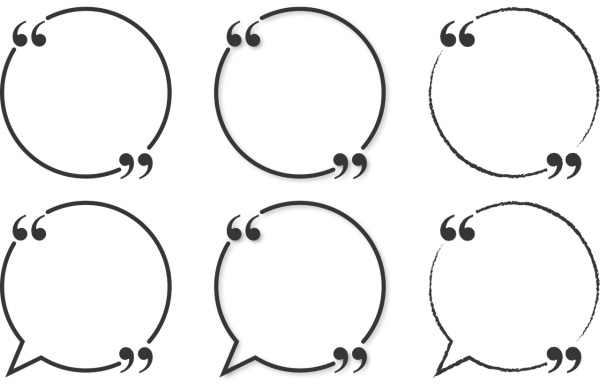 A recent report for the UK government has detailed how the amount of plastic in the oceans is set to triple within the next decade. As an industry wholly dependent on the ocean, there have been growing discussions among companies in the market, and superyachts themselves, about the importance of tackling pollution in the sea. As those who spend the majority of their time in this environment, we posed captains the following question: Do you believe the growing amount of charitable efforts to preserve the ocean are genuine, proactive, or even effective?

Captain Mark Souter, M/Y Guilty
From experience with cruising the Mediterranean sea for more than 30 years, I can honestly say that the sea pollution situation has deteriorated significantly over the last five years. This means that the current efforts to preserve the Mediterranean sea are neither sufficient nor effective in its present form.

Relying on various governments to rectify this situation must not be working and charitable organisations probably could do with more helpful funding to achieve their goals. Society is in need of further inspired awakening. Just looking at the condition of the oceans today is physical proof that the human pollution contribution far outweighs the heartfelt clean-up efforts of the few. Awareness of sea pollution by those who use it does exist. I often hear boat owners or their guests wanting to up-anchor and move to another bay or beach because of the excessive plastic flotsam in the chosen swimming area.

"Just looking at the condition of the oceans today is physical proof that the human pollution contribution far outweighs the heartfelt clean-up efforts of the few."

Captain Christoph Schaefer, SuperyachtGlobal
The fact is that our world is changing rapidly and we humans are contributing our part to these changes. Every single yacht owner is a person who is well connected and can make his or her voice heard over the masses. The more owners realise what is out there the better a chance we stand to change our world’s destiny. Sipping a cocktail at anchor off Cap D’Ail will not contribute anything to this awareness. Cruising to the Polar Seas, the Amazon or Southeast Asia and witnessing the widespread destruction of natural habitats is one way to create awareness amongst our decision-makers.

I personally welcome any environmental awareness project. There is no harm in it. Yet, there is a huge amount of harm done by sitting back and pretending all is well and that it will stay that way indefinitely. If eventually we can effectively alter the course of climate change will remain to be seen. Carrying on without any actions is certainly not an option. So let’s get on with it, everyone to the extent that they can.

Captain Boris Šore, M/Y Pida
In Croatia we have an old saying, ‘fish stinks from the head!’ I believe that if governments stop polluting earth on a large scale, you will see ordinary people doing the same. Otherwise it is nonsense. We spend billions preventing pollution from ship-generated waste, yet most marinas charge for garbage bags, with some anchorages make you pay a compulsory garbage fee, but when I want to see a garbage man it takes hours.

You see, I'm a professional seafarer with conscience and a vessel budget, but not only people like me sail the world. There are people who sail and on the first note of complicated procedures just dump it in the sea. Those people will not send crew in tender around for hours to look for proper garbage disposal. And there are millions of those people around us.

The most effective way to help ocean pollution is make garbage disposal simple, make it welcome, make it free of charge, have a dedicated "garbage man". Do not make an nuclear science of garbage declaration and garbage disposal. Otherwise we just have more chance of people dumping it in the sea.

Captain Kenan Seginer
First of all, we have an obligation, because we work in that environment and we must (as an industry) try at all times to do the best we can to maintain the environment. Forget the legal obligations, we all have to comply with MARPOL, flag and class obligations but just as humans, we need to take care of the planet that we live on. It is a tricky one, superyachts, as the very nature of being a superyacht, it is a toy. We are wasting a hell of a lot, we are creating pollution for the enjoyment of somebody. So, I think it puts the emphasis on us to try and do our utmost to add everywhere else.

The other problem we’ve had with pollution in our industry is ashore. We have our garbage management plans on board; we have to separate and we do our recycling and have our food and plastics etc. We have six or seven bins in the crew mess, but by the time you take it ashore it goes all into one skip! Correct recycle in ports is very, very rare. It is getting better, but it is still quite rare and that’s quite frustrating. It’s very easy to lose motivation because you try when you do everything you can and the port isn’t interested.

I’m not a huge on charity. That’s just because I’ve always found most of what you put into a charity doesn’t go towards the cause that you are trying to help. I’m more into individually – every yacht and every captain – trying to organise something with their own team, for example promoting a yacht doing beach cleans. I think that makes a difference, it physically makes a difference, educating your crew about protecting the environment. I would rather take that responsibility on board with my crew. Because if you don’t take care of the ocean, it won’t take care of you.

"I’m more into individually – every yacht and every captain – trying to organise something with their own team, for example promoting a yacht doing beach cleans. I think that makes a difference, it physically makes a difference, educating your crew about protecting the environment."

We are asking captains and crew to contribute to the research of The Superyacht Annual Report: Training and Recruitment. Share your thoughts on the current state of the crew training sector. Click here.

An environmental workshop for superyacht crew