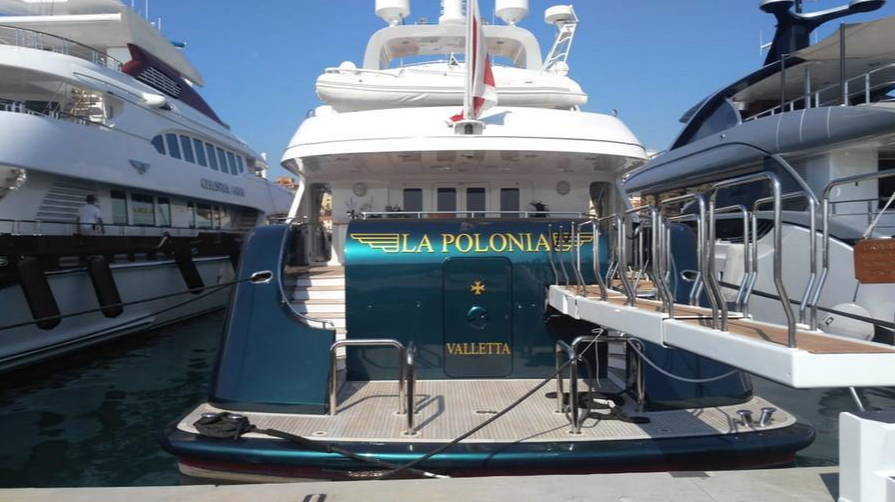 Rebecca Boyle, 32, a British stewardess, was found dead in her cabin on board 47m M/Y La Polonia, berthed in the Italian port of Imperia, after an evening of celebrating England’s victory over Columbia in the World Cup. It is believed that Boyle suffered a fatal head injury after falling down the stairs to her cabin. Tragically she had only been working on board La Polonia for a week.

Boyle was reportedly found by her colleagues the following day after they grew concerned when she did not join them for breakfast on Wednesday morning. According to CCTV footage and eyewitness accounts, Boyle was visibly inebriated and was said to be “the worse for wear” when she left La Polonia’s jacuzzi to return to her cabin.

Local police have not determined whether or not alcohol was the cause of the tragedy because an autopsy is yet to take place, nor have the police ruled out the possibility that there was another party involved. At the time of writing, they are treating Boyle’s death as unexplained. Officers are in the process of interviewing La Polina’s crew in order to determine the circumstances that led to this tragic incident.