As one of the best information sources a buyer has, a yacht’s crew should be clued-up for boat shows… 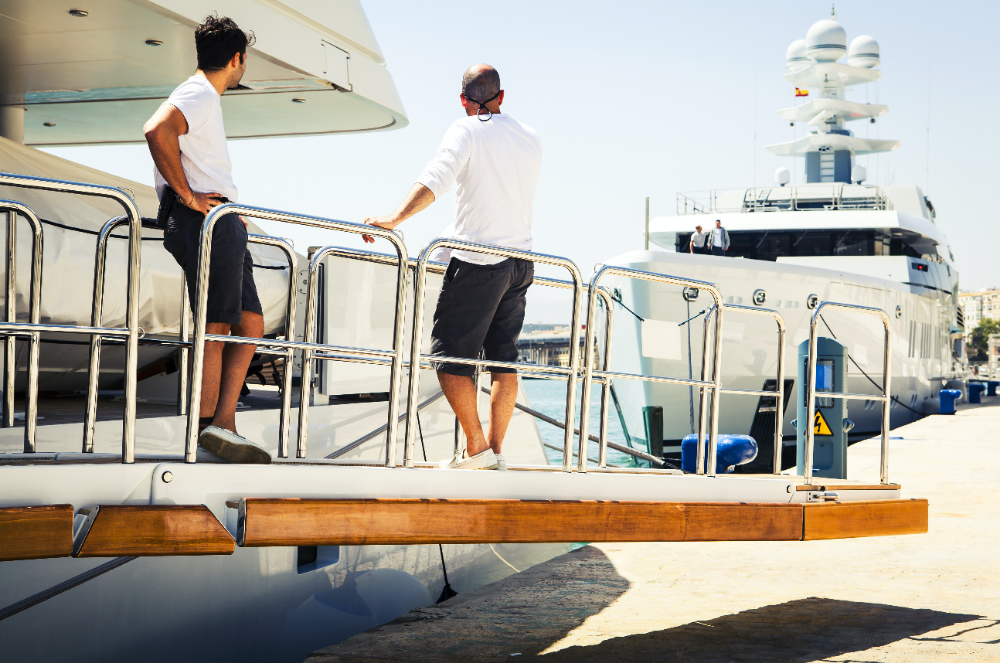 When buyers conduct viewings at yacht shows they will be looking closely at the physical product to see if it has the capabilities to deliver the tangible value they are looking for, but they will also be considering whether or not the current crew is best-placed to meet the service levels they expect on board. After all, beauty catches the attention but it’s character that catches the heart.

So, whether a crewmember is standing on the quayside of the passarelle letting people on and off the yacht during shows, fielding questions in the engine room or bridge about the machinery, or actually conducting the tour itself, he/she is giving that potential buyer an insight into life on board that could prove to be a deal breaker or deal maker.

“It is absolutely essential to have a well-instructed crew, who know what their responsibilities are during boat shows,” expresses David Johnson, sales broker at Denison Superyachts and a former captain and crewmember. “If a boat is docked in a show environment, it does not mean that someone will only walk on during show hours. There might be early morning viewings or late evening viewings, because a lot of serious buyers avoid show times, so the boat always has to be looking sharp,” he explains.

However, there is a clear conflict of interests in this equation, and one that Johnson says is a “big concern” for brokers: it is not always in the interest of the crew to assist with the sale of the yacht if the outcome is a threat to their job safety. The new owner might cease to continue their employment, and if the crewmembers have not been provided with a severance package, there is scope to believe that they might not work towards a successful conclusion to the sales campaign.

“It's almost inevitable that a member of the touring party will slip behind on a viewing and end up talking to crewmembers, or the chief engineer becomes involved in engine room discussions."

“Brokers make efforts to stay in complete control of the flow of information prospective buyers have access to during viewings, however it’s almost inevitable that a member of the touring party will slip behind on a viewing and end up talking to crewmembers, or the chief engineer becomes involved in engine room discussions, for instance,” Johnson explains.

The potential issue for the seller and his/her representatives is that you very often have crews who don’t want the boat to sell because they have job security, they are happy on board and they like the owners. Sometimes, deliberately or not, a criticism of the yacht for sale can be mentioned to prospective buyers by the crew – it might be a description of the yacht’s performance, or some of the issues it has or had, or something as trivial – or significant – as pointing out that there’s a lack of storage space in the master stateroom.

Crew are duty-bound to present the vessel to the best of their abilities while they are in the employ of the owner. However, to accommodate their interests, it’s a good idea for crew, especially those who are senior and longer-serving, to ensure that they have a severance package in place when they find out that their yacht is for sale, as we divulged in more detail in issue 85 of The Crew Report.

This full-length version of this article, which comprises a boat show guideline for crew, will feature in issue 86 of The Crew Report.

Compliance around the clock