SuperyachtNews.com - Fleet - Whither the royal yacht 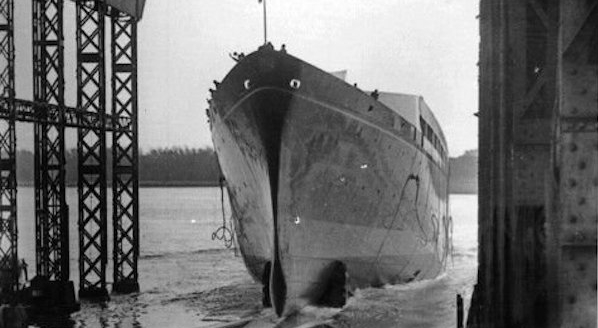 Resurgent speculation, that a new Royal Yacht will be commissioned, has been accompanied by recycled debate over meaning and legitimacy.

Cue endless news copy about whether she would represent an anachronistic symbol of fading power or totem for ‘global Britain’.

Rather than echo such arguments within our own community, let us navigate a course around the manufactured outrage and jingoistic rhetoric. Avoiding the biases shaping political argument may, instead, allow us to consider some of the fundamental challenges and consequences such debates tend to obfuscate.

We all view the world through the prism of our own experience; hence some of the more fanciful concepts emerging for their moment in the sun. Rather than regard the idea of a Royal Yacht as a muse for Avant-Garde design that bears witness to our own vanities, we would benefit from a more nuanced understanding of the actual purpose of this chimeric vessel.

As for prisms, I am a former senior officer in the Royal Marines, and now head of PDP Marine, a boutique superyacht security integrator, translating privacy solutions from the diplomatic arena. So, am I biased? Of course. Shall we begin?

Let us, for now, assume the Royal Yacht is commissioned, funded, and sensitively designed around enduring values and purpose, rather than an ephemeral national ‘brand’.

The ‘optics’ of ostentatious displays of wealth will be more significant than for her 82 predecessors. Acknowledging lack of public appetite to fund an opulent retreat for holidaying Royals, the yacht is proposed instead as ‘commonwealth Flagship’, reconnecting the UK with 2 Billion citizens. Of her multiple functions, that of sovereign territory is paramount: promoting trade, providing a singular, emblematic focal point for diplomacy, and serving as a conduit to channel soft power. Supporting functions as training and maritime research platform is likely. Her predecessor traversed over a million nautical miles over her 44-year service. This offers enormous opportunities, which resonate with both our impressively idealistic youth and our activist monarch-in-waiting. Such hybrid requirements, however, demand a design language not associated with any of her privately-owned contemporaries.

A window to the world. But With blinds.

So, a floating High Commission it is. But what of other functions served by the terrestrial consular estate - in those areas we don’t get to see when applying for a visa?

The new yacht will require an approach to privacy, surpassing that of even the most security-oriented superyacht.

High-context diplomacy, in all its shades, demands singular levels of ‘insulation’. So what? Let us consider the case of the ‘bug house’.

The infamous US Embassy in Moscow, whose very fabric was so riddled with eavesdropping devices, it was known as the world’s largest microphone, offers a cautionary tale. To avoid such risks for so an obvious target, all aspects of the design and build would require levels of security commensurate with, perhaps greater than, a Royal Navy ‘grey’ warship. The implications are far-reaching. The vessel’s designers, builders, contractors etc would need to hold high levels of UK Government security clearance. The construction site(s) would require a degree of counter-intelligence sanitation practically unachievable outside a UK Naval dockyard. Even the plans would need to be held on secure ‘List X’ servers.

A vanishingly small cohort within our community satisfies such requirements…

The Best of British…

So, having established the vessel could not achieve her fundamental purpose, unless treated as an RN platform from its inception, we must reconcile lofty aspirations for a jewel of the seas, with the dearth of significant superyacht construction capabilities in the UK. If the project is indeed to herald a new era of British shipbuilding, we have much work to do. In practical terms, it positions the vessel as a functional platform, with design flourishes; rather than a design icon, as exemplified by contemporary vessels emerging from German, Dutch and Italian yards.

Myriad other challenges and opportunities exist for this potential next chapter in the UK’s naval, trade, research, and diplomatic traditions. Yes, the project represents a generational opportunity to render a national narrative in physical form. Before we start choosing the furnishings, however, we need to begin with the vessel’s fundamental purpose and the daunting, yet exciting, challenges that presents.