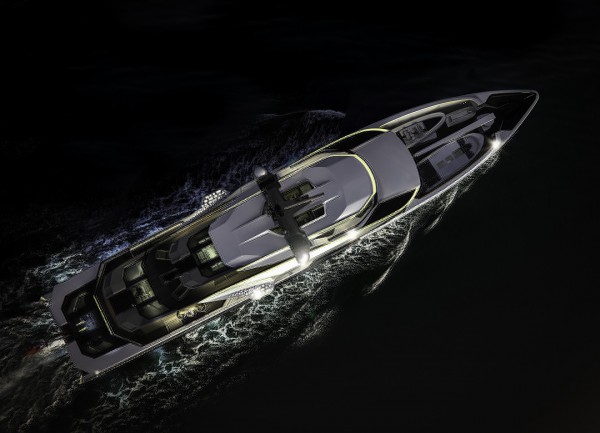 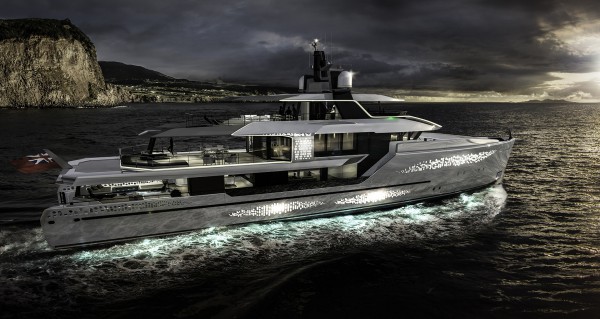 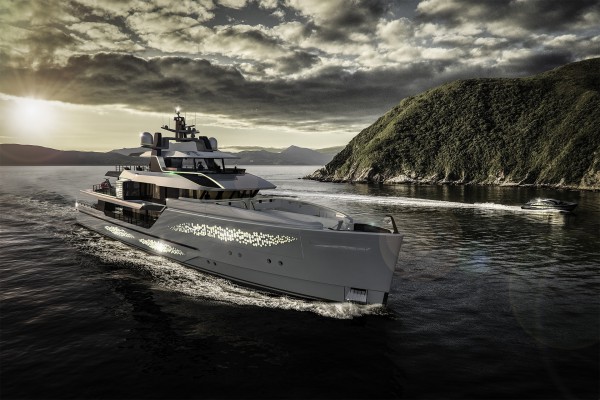 Dutch design studio Vripack has announced that the revival of Jongert is beginning with 47m motoryacht Revolution, following the project’s recent sale by Golan Levi of Israeli brokerage house Swell Yachting, representing the buyer. Having derived from concept Flow, created in 2015, stylistically the new 47m superyacht hasn’t been subject to many stylistic changes and has maintained the majority of features from the original concept.

Sitting just below the 500gt threshold, there is a surprising amount of space on board Revolution, which has seven state rooms, six crew cabins and ample storage for tenders and toys. “Her technical backbone is the crème de la crème,” says creative director Marnix J. Hoekstra. “This gives the yacht outstanding expedition capabilities in terms of safety, reliability, comfort and longevity.”

Embracing its holistic philosophy, Vripack has employed a general arrangement it calls ‘user-friendly’, with lower deck guest state rooms, which are directly connected to the crew cabins, allowing quick and undisturbed service access. Vripack has also facilitated the option of a central staircase for guests and crew.

“As the owner is an experienced captain, who enjoys nothing more than sailing his yacht, we placed his quarters on the bridge deck, with a running machine at the steering wheel and his bath in the gull wing, which gives both rear and front uninterrupted views,” comments Hoekstra.

Revolution is the third yacht Swell Yachting has sold to this owner. “We’re honoured to lead this project and make it a dream come true for the owner,” says Golan Levi, CEO and founder of Swell yachting.

“When you walk through the interior, everything is where you’d expect it to be”, says Hoekstra. “Her smooth interior layout is balanced with masculine layering exterior design. When you take a piece of paper in your hand, fold it and cut it and place pieces on top of each other, you get the effect we created.”

Further to the layout, where Vripack has opted for something unconventional but practical, little is known about the interior styling due to confidentiality, apart from its family orientation, as Hoekstra explains. “I can’t reveal anything other than she is the yacht of a supportive adventurous owner with his lovely wife and playful kids. They came to us for a globetrotter that can safely handle the seven seas while providing the comfort of a family home.”

Collaboratively, Vripack and Jongert created a diesel-electric drive train, which is traditionally available exclusively for much larger shipyards. “The biggest benefit is the size of the engine room, which is 50 per cent smaller due to the space saving electrical drives and pods.”

'RH3' explorer: the first of a kind