Mr G.J. Bilkert of AnwigemA has launched his new Trimonoran hull concept, it is an adaptation of the multihull platform and brings with it numerous advantages.… 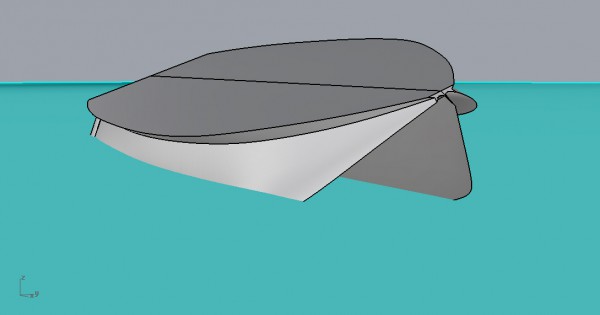 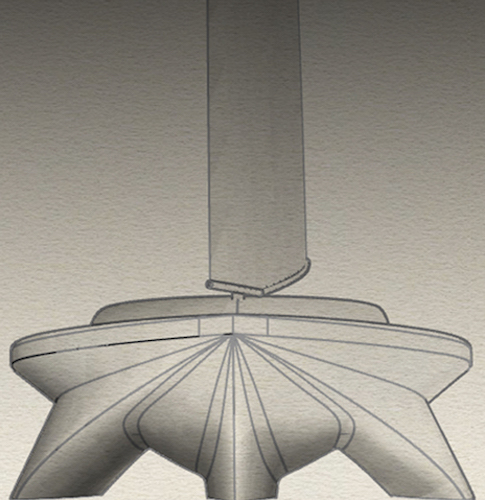 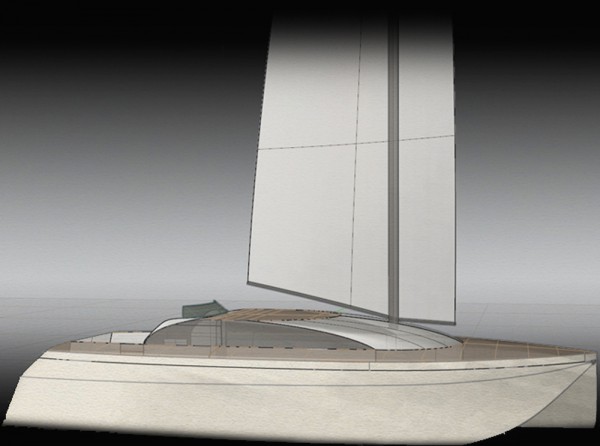 NETHERLANDS. Over the last 30 years Mr G.J. Bilkert has been on a mission to design a safer and more efficient hull form. Due to the restrictions that expensive tank testing placed on the early stages of research and development Bilkert’s project stagnated in light of the recession, but the idea remained and Bilkert’s Trimonoran has now reached conceptual fruition thanks to advances in computational fluid dynamics.

“When I started architectural engineering I discovered that if a tree doesn’t bend, it breaks,” starts Bilkert. “So to design a comfortable boat, let it lean over.” The trimonoran, unlike its multihull predecessors, has two additional slender hulls that protrude at an angle from the central hull and deck, as opposed to being parallel or at right angles respectively.

Bilkert’s designs, with the help of Van Oossanen Naval Architects, were completed in 2012, yet a sensible period of silence followed while patents and model protection were finalised.

The finished concept, that can be applied to both sailing and motor vessels in the range of 8-25m, brings with it a number of benefits. Firstly, and perhaps most importantly, statistical analysis has shown an average decrease in fuel consumption of around 30 per cent.

The slenderness of the supporting hulls and their configuration, when compared with existing motor and sailing yachts, has led to vast decreases in resistance and therefore significant increases in speed. The trimonoran can reach speeds of 20 knots using less motor or wind power than traditional hulls.

Within its optimal range of 8-25m, the trimonoran falls below the superyacht size boundary. However, as an 8-12m tender it may find expression in the superyacht market. “As a tender it is perfect because it is fit for all purposes,” says Bilkert. “The stability is greater than a catamaran and it is not as wide, it is also more efficient and spacious than a traditional monohull.”

Beyond efficiency, stability and safety benefits the trimonoran is suitable for all types of water, be it inland lakes, rivers, oceans and seas thanks to its shallow draft and stable hull.