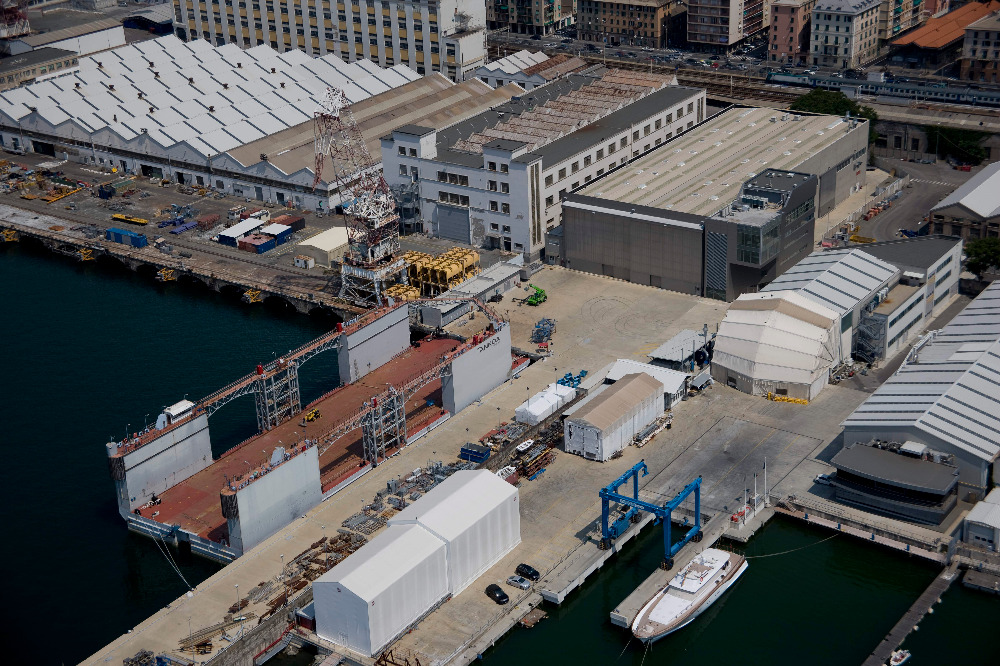 Following on from Tankoa’s big announcement about its new custom division at the Monaco Yacht Show, the Italian shipyard has provided further details on the changes that are to take place at the company. Since its conception 10 years ago, the shipyard has focused primarily on the construction of semi-custom superyachts, of which it has now completed three (69.3m Suerte, 49.9m Vertige and 72m Solo).

The success of the three semi-custom builds and the shipyard’s exposure during both the Monaco Yacht Show and Fort Lauderdale International Boat Show has reportedly resulted in new interest, with numerous reported requests for fully custom projects between 55 and 100m coming from owners and brokers. As a result, Tankoa has officially announced that there is to be a dedicated full-custom business unit at the facility in La Spezia.

“We really want to position ourselves as a competitor to Northern European shipyards, rather than Italian shipyards,” said Euro Contenti, CEO of Tankoa Yachts. The opening of Tankoa’s La Spezia facility, additionally the shipyard will also see a considerable restructuring in order to ensure that the custom team is able to provide the same one-to-one service seen on the semi-custom side of the shipyard.

Tankoa has stated that custom orders will be voluntarily limited to one project per annum in order to guarantee the best service and delivery expectations.

In addition to this significant new offering, Tankoa has provided further detail on three of its 50m series (sisterships to M/Y Vertige), which are currently under construction at the facility in La Spezia. The yachts have indeed begun as speculative projects, which the shipyard has stated lends credence to its financial stability.

“Building on spec represents a major investment, even for a financially strong, debt-free shipyard, but it makes strategic sense by reducing the delivery time,” says Edoardo Ratto, general manager at Tankoa. “Many owners are not interested in the first six to eight months it takes to build the hull and superstructure, but they do want to be involved in the layout and interior décor, and in the choice of features and equipment, which can be decided when the metal work is already well advanced.”

As of mid-September, the second hull of the 50m series, named Elettra, is currently proceeding with superstructure fairing, which is almost completed. The 50m superyacht has now had thermal and acoustic insulation and all engine room equipment is installed.

Hull number three is reportedly well under construction and will be moved to the outfitting shed in late December this year, where work will begin early 2019 for her delivery in May 2020. Hull four will then follow closely behind, with delivery scheduled for November 2020.

A new senior team at Benetti

Huisfit on track for a flourishing winter period