As M/Y 'Binta D’Or' hits the water, we take a look at Tankoa's position in the superyacht market… 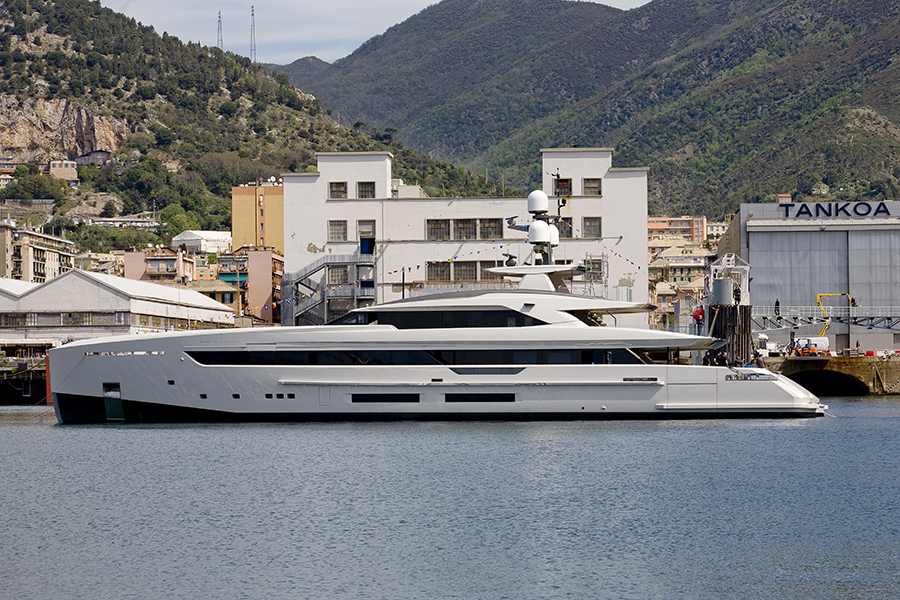 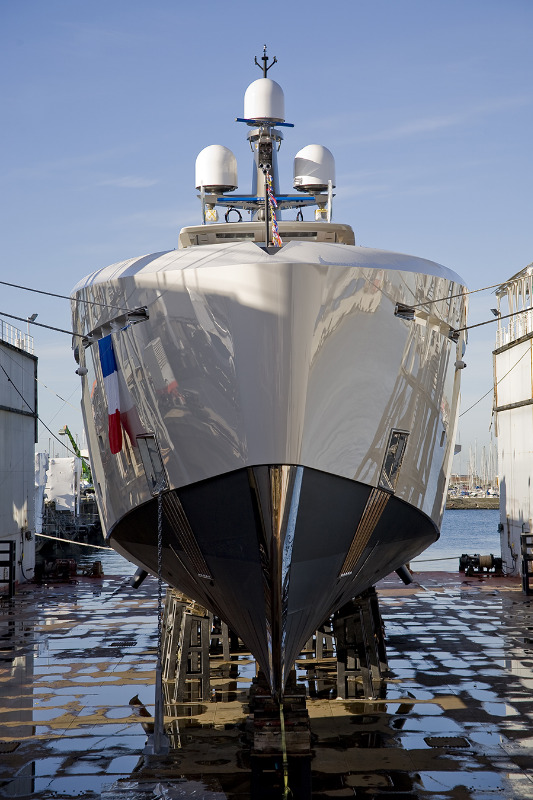 As we all know, the superyacht new build landscape is an inherently tough business. To put this into perspective, since 2009, we have seen a 34.9 per cent decline in the number of superyacht builders. The current landscape is an unforgiving one, which is why, in this market, it’s only the prevailing builders that can withstand the demands and the fierce competition of the new build market.

Having been established in 2008, Tankoa Yachts isn’t exactly a newcomer to the market, but a brand that has been built on years of Italian superyacht construction experience, through other brands, and has channelled this cumulative experience to seize what the company sees as a unique Italian semi-custom opportunity at the upper end of the size spectrum.

Based in Genoa, the shipyard has a clear and concise recipe to hold its position in this tumultuous landscape in the form of launching one or two projects per annum, and thus keeping consistency the core part of its business ethos. This has become the primary objective of the shipyard - made possible by its considerable investment in speculative superyacht construction and dedication to  consistency of quality.

Today, Tankoa’s name became that little bit more prominent in the new build market, after it successfully launched its fourth yacht, 50m S502 Hybrid, named M/Y Binta D’Or and sistership to M/Y Vertige. Built to IMO Tier III, and designed by Francesco Paszkowski, the new yacht has the same ‘sharp’ design shared by her predecessors, but additionally, has an uninterrupted view thanks to the lack of guide-rails around the yacht. 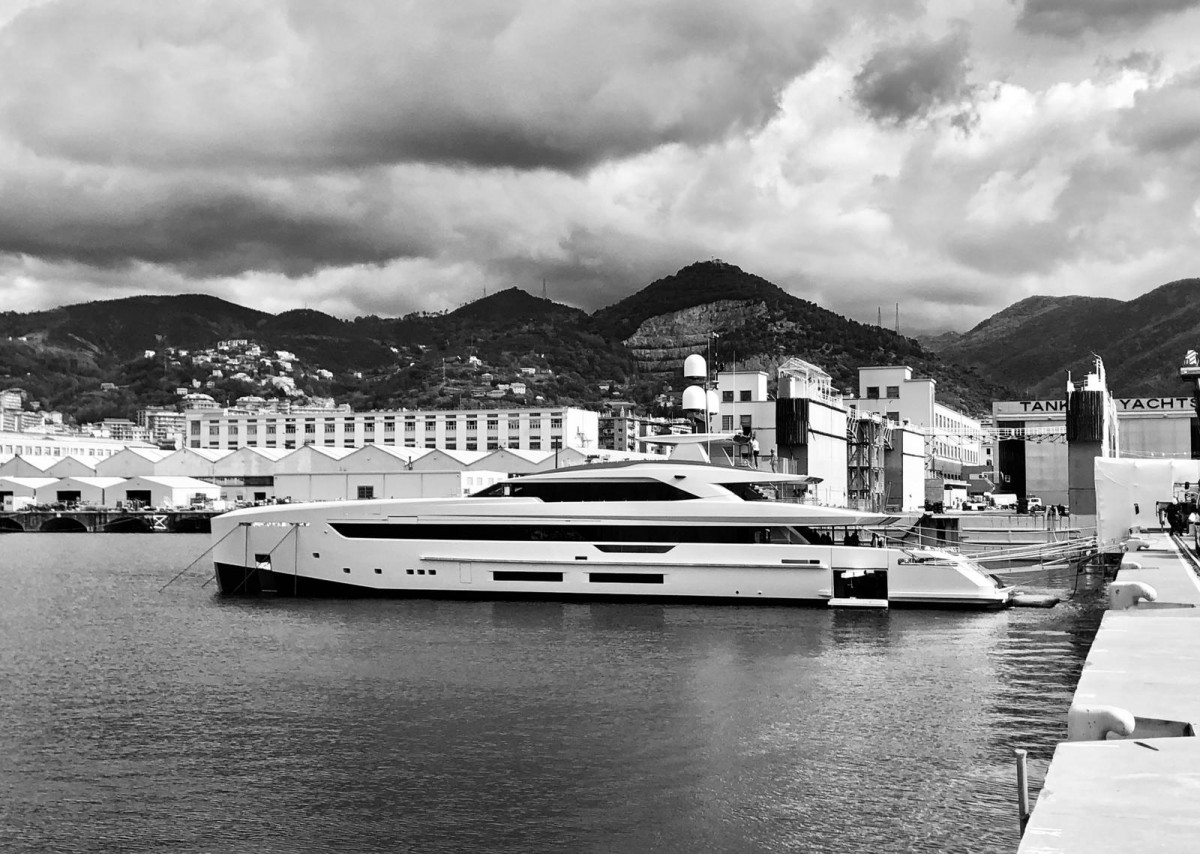 Speaking about the new project, Giuseppe Mazza, sales and business development manager, says, “She has been a great success and will appear at this year’s Monaco Yacht Show. I know I speak on behalf of the whole team when I say that we are extremely happy with the new project. The owners have been very involved in the process, which has resulted in a fantastic vessel, so we are all delighted to see her on the water.”

"She has been a great success and will appear at this year’s Monaco Yacht Show. I know I speak on behalf of the whole team when I say that we are extremely happy with the new project."

For this project, in particular, the owner opted for a hybrid propulsion package, which has four operating systems, including the DEM (Diesel-Electric Mode), Hybrid Mode, Traditional Mode and Full-speed mode, all of which have varying propulsion speeds and energy consumption. Binta D’Or is powered by twin MTU 8V4000M54 engines, alongside two 300kw electric motors fed by two 250kW speed generators. 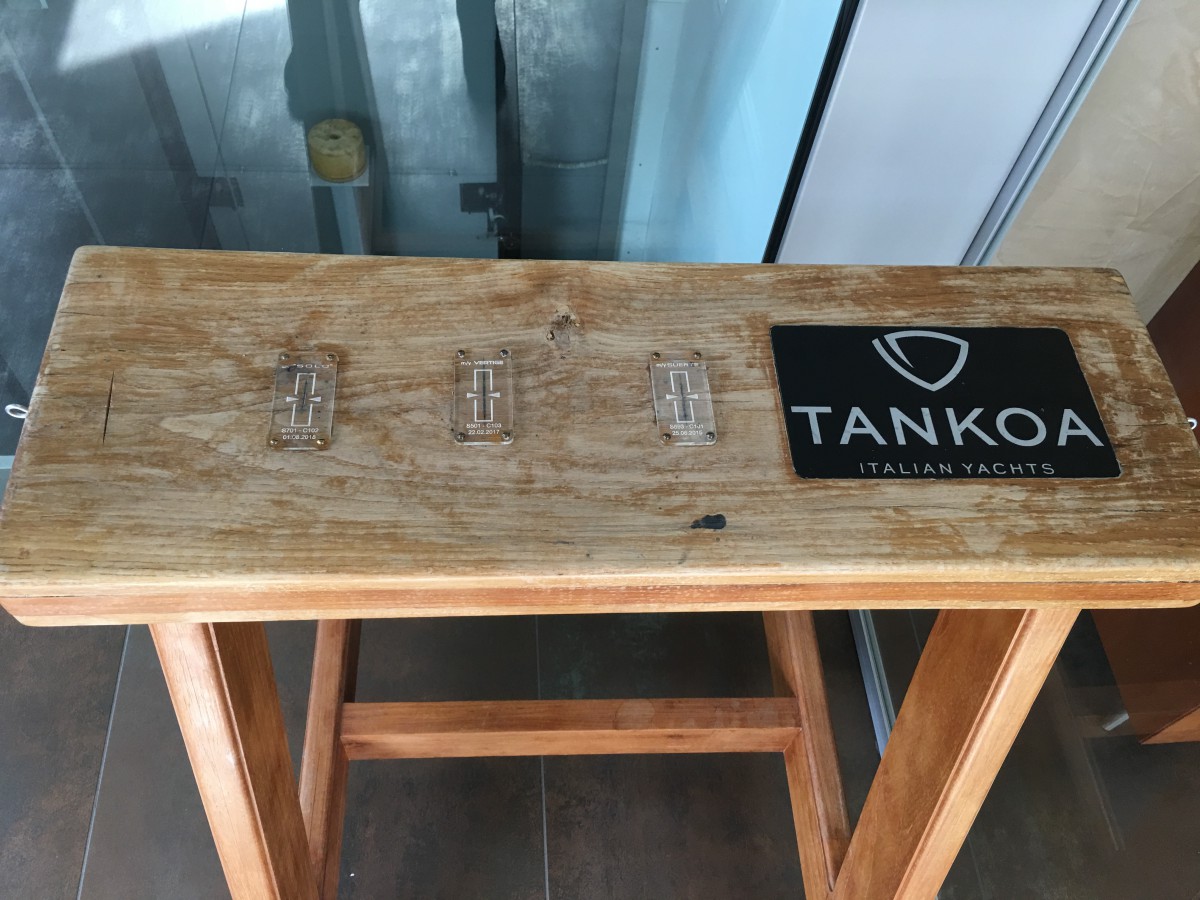 Tankoa's 'launch block',  marking all its vessels delivered to date

The shipyard also has another 50m vessel under construction, which is due for delivery in mid-2020. The speculative build, also designed by Paszkowski, follows a similar layout to Binta D’Or, but has an additional cabin on the main deck, as per Tankoa’s charter-devised option for the 50m. On this vessel, the galley also sits on the lower deck, whereas on board Binta D’Or, the galley is in prime position on the main deck, with a large window making it fully visible to guests and a core feature of the yacht’s layout.

Making her official debut at this year’s Monaco Yacht Show, Binta D’Or will undoubtedly enhance Tankoa’s position in the superyacht market, with the builder having now showcased four successful projects since its conception.