A discussion with Richard Roberts on the project designed to clear up the 12.7 million tonnes of plastic in the ocean… 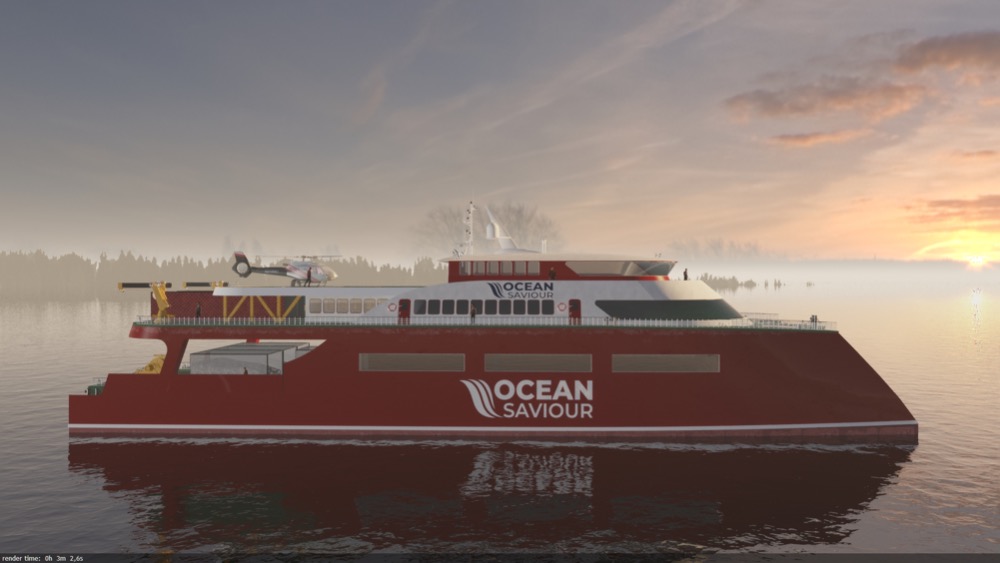 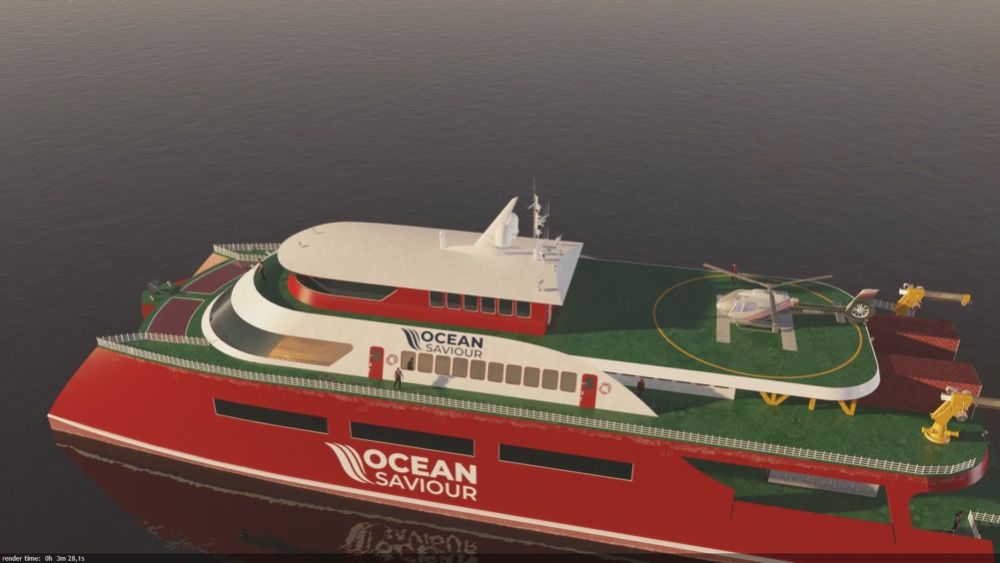 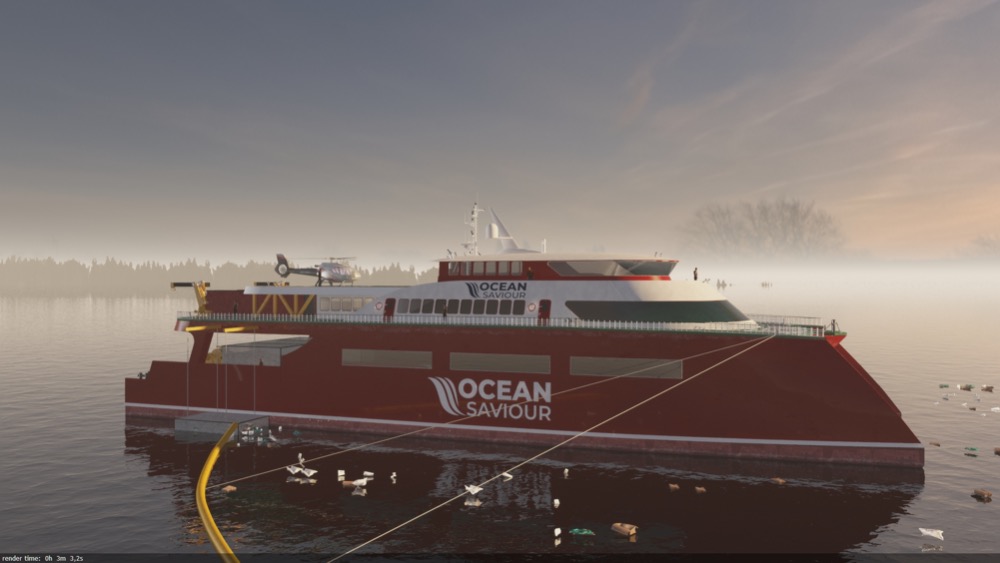 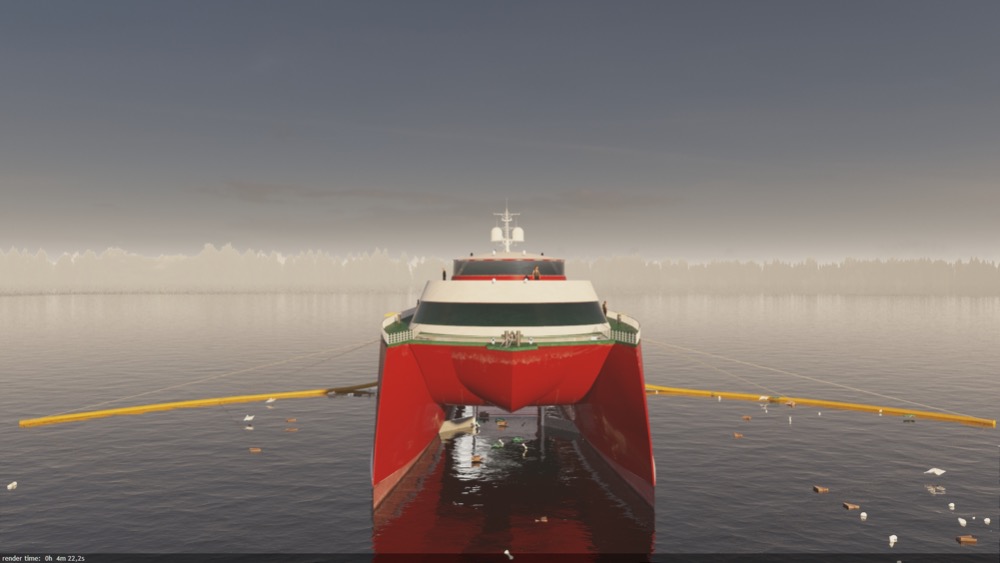 With an estimated 12.7 million tonnes of plastic currently in the ocean, plastic pollution is at an all-time high. In the hope of tackling the issue, founders of TheYachtMarket.com Richard Roberts and Simon White have set up the Ocean Saviour project, with the aim of building the world’s first vessel to tackle this issue.

The concept behind the project is a 70m self-powering tri-deck vessel, purposefully engineered to “locate, retrieve and recycle plastic from the ocean to preserve one of our most valuable assets for future generations”. The vessel would be able to hold up to 64 crewmembers and is designed to collect five tonnes of plastic per day.

As keen scuba divers, Roberts and White were horrified by the dramatic increase in the amount of plastic they encountered in the ocean. In addition, the revelations in the BBC’s Blue Planet II documentary spurred them to act and create something that would help resolve this issue. “I’ve done beach cleans and found it heart-breaking,” comments Roberts. “I cannot see any more photos of a beautiful Albatross chick that is filling its guts up with plastic, so I decided that I wanted to do something slightly different.”

The pair collaborated with Ricky Smith, a superyacht designer based in Australia, to design a vessel that employs collection systems to draw in plastics and waste. The plastics are broken into smaller pieces, sorted and put into an on-board plasma gasification facility that destroys it completely. This process has minimal environmental impact and, furthermore, the product created out of this procedure is then used to fuel the ship, making it self-powering.

“Our idea is nothing new: we are scaling up little river skimmers, so the technology already exists,” explains Roberts. “It’s called a manta collector, which scoops plastic up into the main centre conveyor. Once that's on board, it's then chopped and milled and then fed directly into a plastic gasifier, blasted and turned into a synthetic gas, which is then cooled rapidly to get rid of the toxins and that is then used to power the vessel.”

“I cannot see any more photos of a beautiful Albatross chick that is filling its guts up with plastic, so I decided that I wanted to do something slightly different.”

The design team on the project recommended large-scale catamarans as the most economical and stable option on the water. The lower deck will be open plan and home to one of the main working areas: this entire deck is dedicated to plastic removal and industrial scale recycling.

Mid-deck there will be two 12m containers which will serve as research laboratory facilities or VIP accommodation and storage. The curved front windows, which are reflective of a superyacht design, serve a useful purpose in the way that they minimise the impact of rogue waves, green water and windage and offer maximum visibility for the crew. The third deck will be where the wheelhouse is located, as well as the main crew areas and helipad.

Ocean Saviour is currently focusing on fundraising, and has appointed The Marine Social Responsibility Consultancy to help deliver the project. The agency was launched with the specific aim of helping brands, companies and organisations to better connect with the issue of the world’s marine health. “By working closely with Ocean Saviour, we are going to do just this,” adds co-founder Matthew McKenna. “We will be actively looking for companies, brands and people to partner and invest in this critically important project to help rid the oceans and seas of plastic.”

The Ocean Saviour project is a step in the right direction towards resolving the massive issue of pollution in our ocean and we look forward to observing their progression.