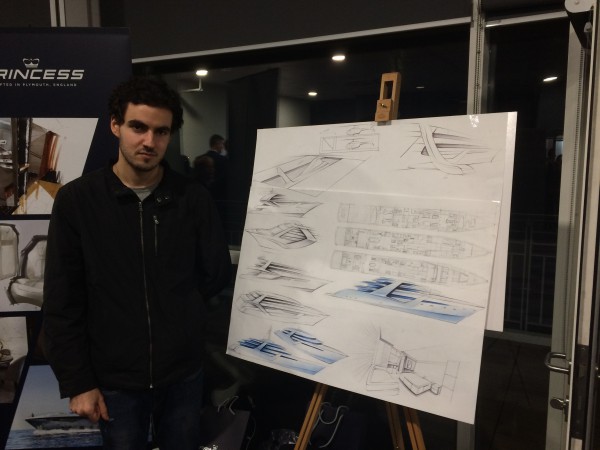 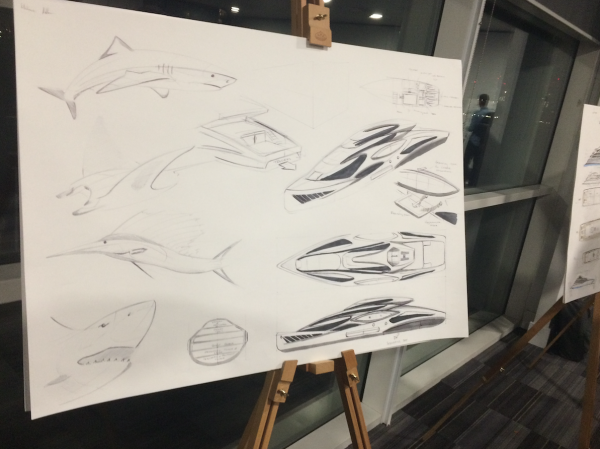 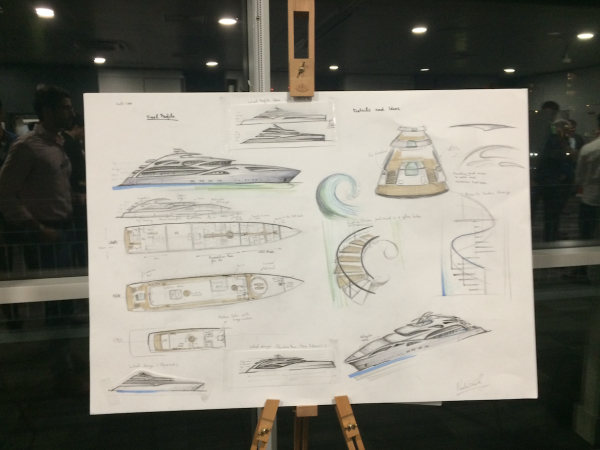 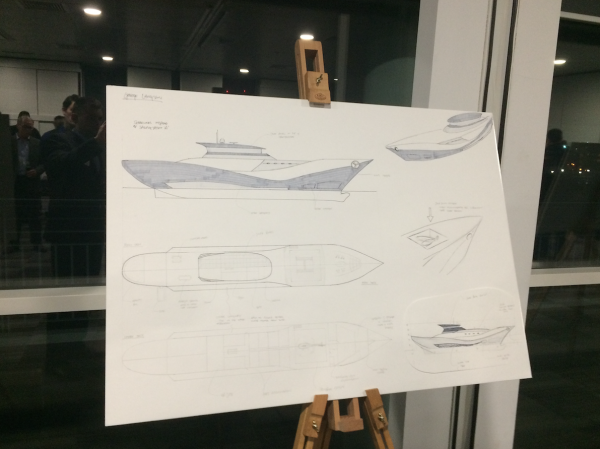 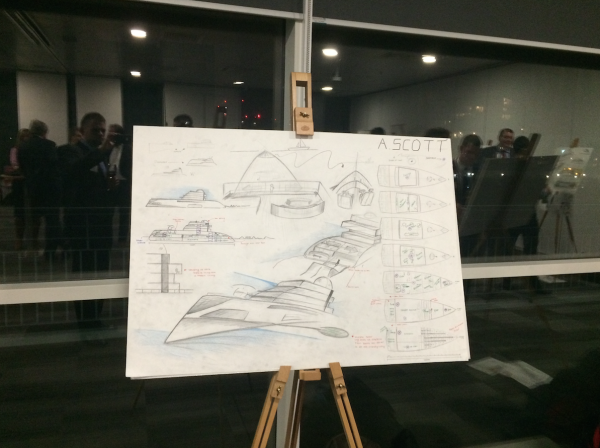 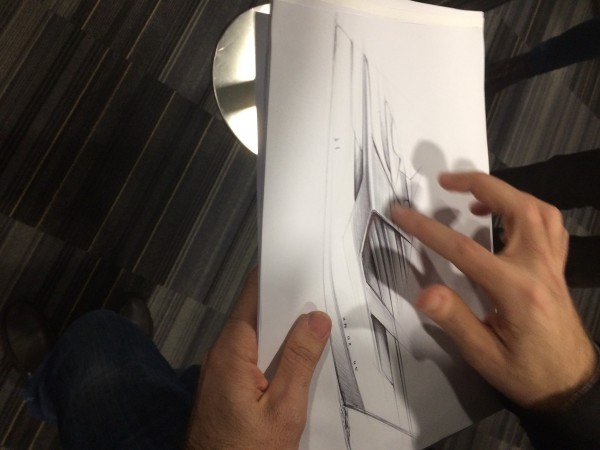 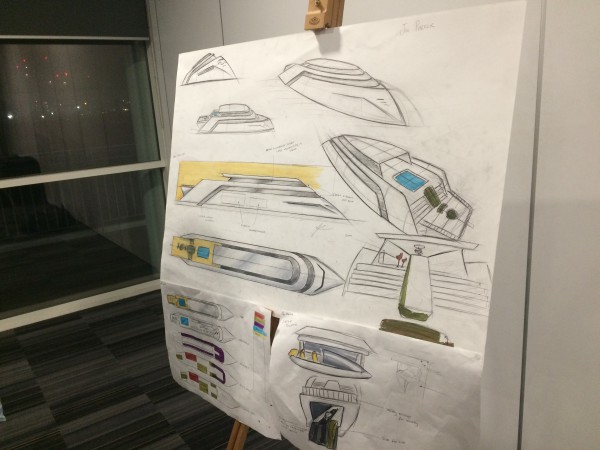 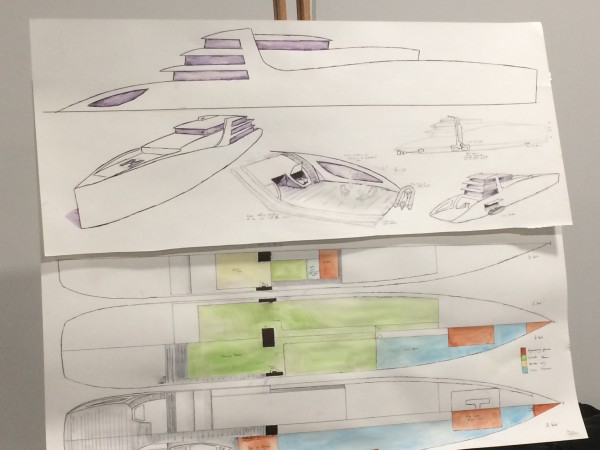 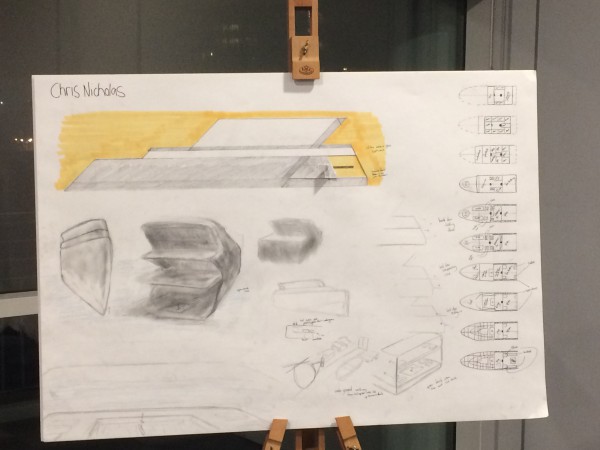 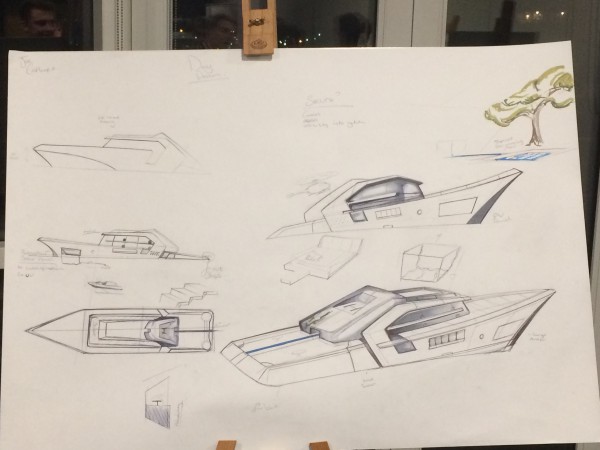 The winner of the 2017 Superyacht UK Young Designer Competition has been announced. Staffordshire University student, Christopher Karam was confirmed as the winner by Superyacht UK’s chairman, Peter Brown and will receive a design internship at Pendennis Shipyard.

Karam’s design (first image in the slider), which at the time of writing he had yet to name, was conceived from the completion brief to create a unique 90-100m superyacht design, and was selected as the winner from the nine entries by a judging panel that comprised Brown, Justin Olesinski of Olesinski Naval Architects, Tony Dixon of Redman Whitely Dixon, Bill Dixon of Dixon Yacht Design and Mark Tucker of Design Unlimited.

Speaking exclusively to SuperyachtNews upon being told of his victory, Karam said: “I tried to create an iconic design, which is important for an owner because he knows it’s his yacht. Too many yachts look the same these days and [one] should try to do something different.”

Karam, who is originally from Turin and in his third year studying Transport Design, aspires to become a yacht designer and explained that he had been sketching boats freeform, since he was eight years old. “Nowadays all of the companies copy each other – it’s the same in cars and yachts – but [one should try] to do something new, but not complicated.”

When asked what the optimum-sized yacht should be, Karam offered a pragmatic response. “It depends on the owner, and it depends on how much money he has!”

Judge, Justin Olesinksi highlighted the high level of quality on show, and said it was an indication that British universities continue to produce an excellent calibre of designer.

He welcomed the innovative approach to what is a saturated sector of the concept market, with many concepts veering between the farcical and the unimaginative. “The brief was ‘form doesn’t follow function’, so they were told just to ‘go wild’ because you can usually make an idea work but it’s getting that idea to [materialise] in the first place.

“The average layer-cake stuff is pretty benign but there are some really good ideas here. Some of the drawings aren’t necessarily presented very well, and it only came out when the students were presenting it to us that you got a real insight into what they were thinking. They only had 10 hours to do it and it actually takes a good couple of hours to get your head round it.”

Olesinski said the most common problem for the young designers was that many of them could not conceive what a 100m yacht would look like, having never seen one of equivalent size. His advice was to equate it to when many of them would have run the 100m race at school. “But once they got their head round it…that’s where we were able to help them…and a lot of them have come up with very original ideas.”

The importance of tender design