SuperyachtNews.com - Fleet - Superyacht multihulls: the past, present and future

Following news that Echo Yachts and Sam Sorgiovanni have teamed up to create a new 120m trimaran design, we sat down with the designer and Echo shipyard to find out more.… 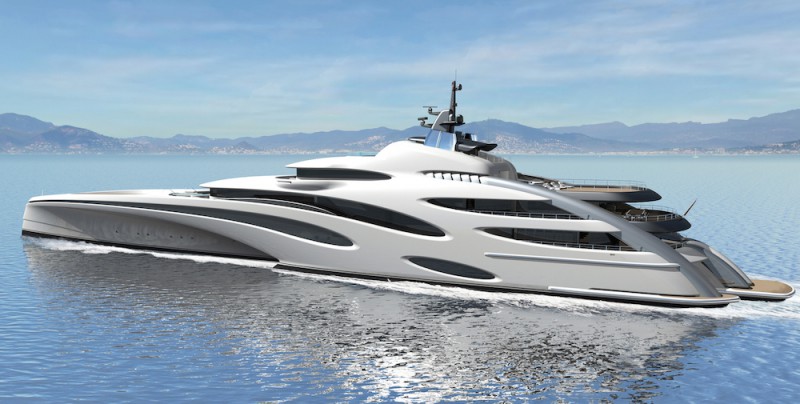 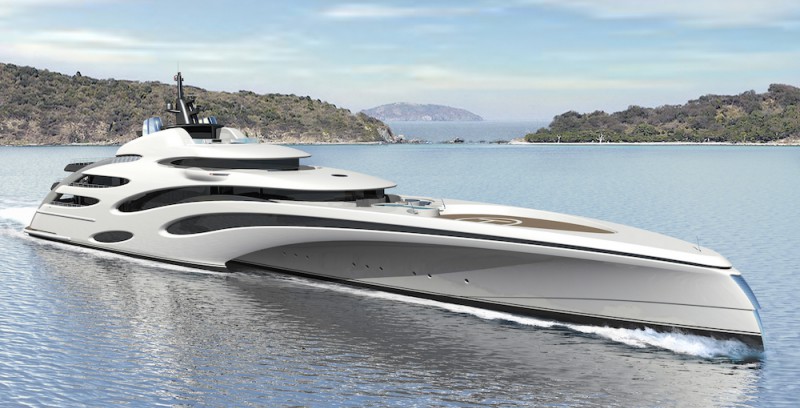 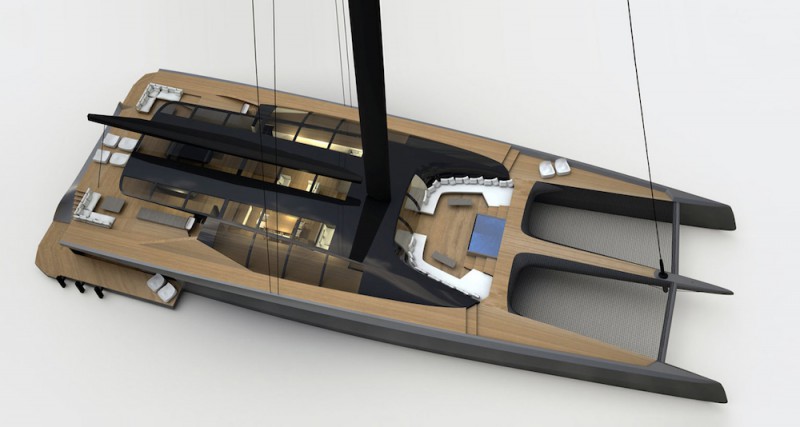 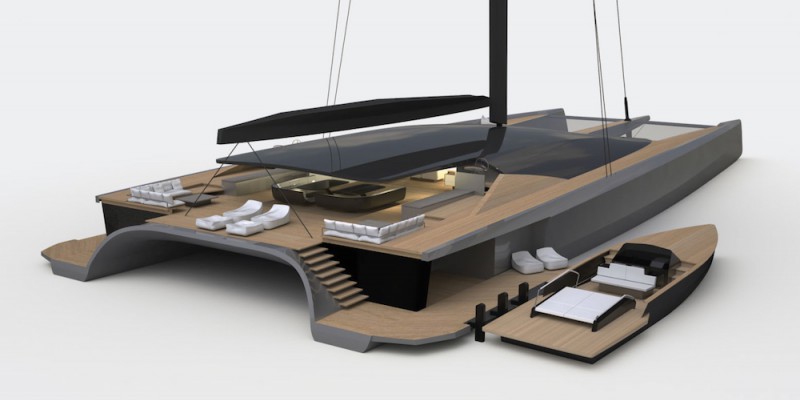 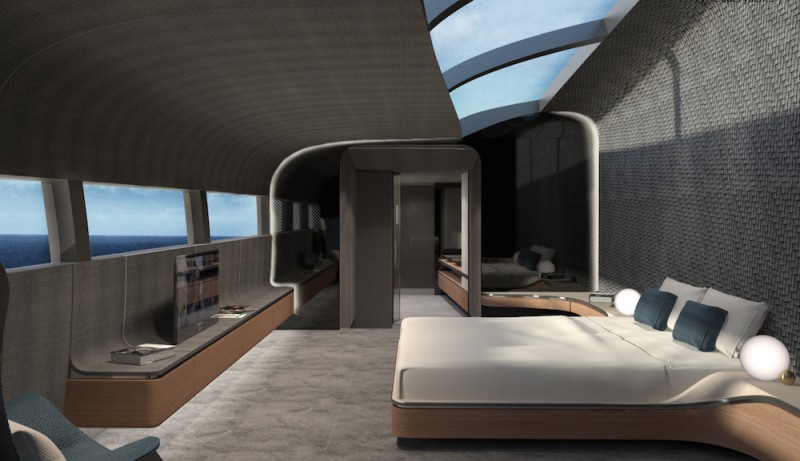 “The technical platform is based on the 84m trimaran White Rabbit currently in build at Echo Yachts,” says Chris Blackwell, Echo shipyard representative. “This meant we had a starting point for the costing, engineering and naval architecture by One2three. The hull has been stretched, but we’ve kept more or less to the same beam of 20m, which is comparable with a conventional monohull of similar size, so clients would not have to buy or lease two superyacht berths.”

Unlike the linear profile of White Rabbit, also designed by Sam Sorgiovanni, the 120m project (first set of images above) has sweeping, organic lines that envelope the palatial interior provided by the trimaran hull design. Suited to various propulsion systems including hybrid diesel electric with CP propellers and gyro motion control, the generators would be housed inside the outer hulls for a quieter onboard experience both underway and at anchor.

“The conservative superyacht industry has been slow to pick up on the advantages of the trimaran platform,” says Sorgiovanni. “First there is the magnificent interior space, but you also have the in-built stability of the hull configuration. My feeling is it is a concept that would appeal to the Middle Eastern or Asian markets. Having said that, the relatively shallow draft is also ideal for the Caribbean.”

Keeping with the multihull theme, Mitch Booth is another Australian best known as a pro sailor who has raced all types of catamarans. A casual discussion with naval architect Malcolm McKeon about the increasingly performance-oriented direction of today’s superyachts led him to set up BlackCat Superyachts. Earlier this year they presented the 50m BlackCat project, a new breed of high-performance superyacht catamaran, and in Monaco announced a strategic alliance with premium brands Southern Spars, North Sails and Baltic Yachts to develop the concept further.

“Malcolm and I came up with the idea of a superyacht catamaran built out of carbon fibre for top performance, but with no compromise on comfort,” says Booth. “At 50m overall and weighing less than 200 tonnes, BlackCat (second set of images above) offers the interior up to 50 per cent more interior space, only four degrees of heel, and outstanding performance."

Apart from 44m Hemisphere and 34m Mousetrap, currently the largest carbon fibre cat, there has been no concerted effort to create a ‘supercat’ brand. Until now. Booth points to the obvious advantages of catamarans with their higher cruising speeds in light winds (which means they can be sailed more often), shallow draft, huge interior space, and very low roll and pitch at anchor.

“If you want fast performance, then carbon fibre is the only choice and Baltic yards is one of the few yards in the world that can build to this size in advanced composites,” says Booth. “There has been strong interest from the market and hopefully we’ll be able to push the ‘go’ button soon.”

BlackCat’s stealthy exterior lines belie the rather chunky appearance of most large catamarans, while her crisply contemporary interior design by Milan-based m2Atelier makes full use of the main deck salon that spans both hulls. With an all-glass superstructure, standout features include ample fore and aft deck space, and fold-down side platforms while at anchor.

“I’m thrilled that we’re designing this new style of catamaran,” says McKeon, who expects the yacht will make 30 knots. “There’s been a space in the market for some time for a large catamaran design that can offer the luxury and quality of a superyacht this size, and also provide this level of stability and high performance."