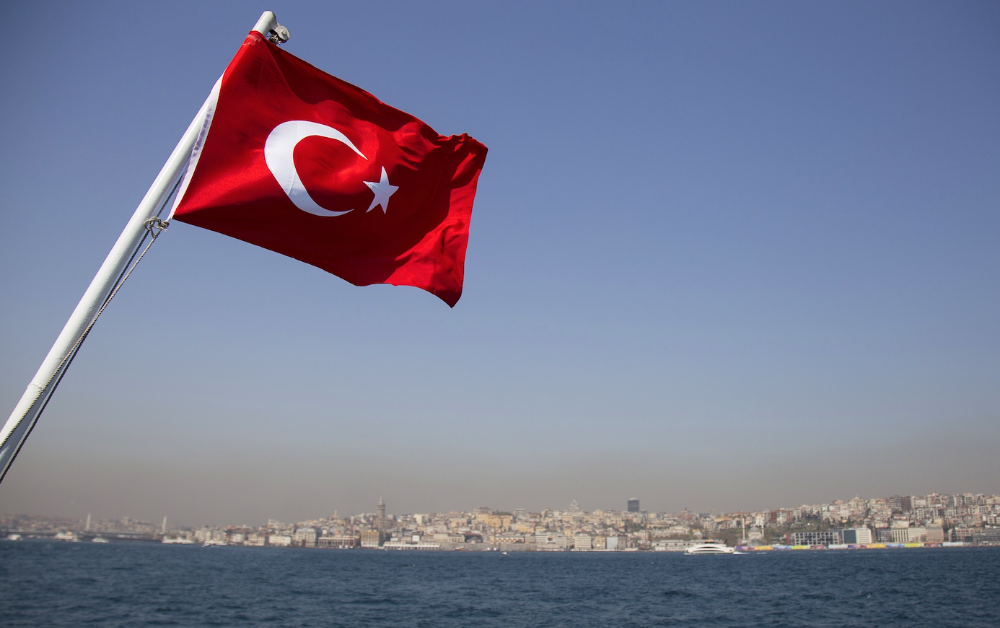 For well over 100 years, Turkey has been an important contingent in superyacht construction. And, with a fleet of 391 vessels, the region can boast output figures that are far higher than the UK (361), Germany (252) and the UAE (67). But recently, the political and socio-economic climate appears to have triggered client reticence towards the region and the opportunity that presents itself to prospective superyacht owners looking to build.

When Turkish delivery figures began to increase in the mid 90s, within a growing economy, the Turkish superyacht market showed great potential - with relatively consistent output until 2006, when this burgeoning sector witnessed a remarkable spike in output, a 76.9 per cent YoY increase in units delivered.

But, in 2008, a collapse in foreign demand, the contraction of GDP and the rapid onset of the global financial crisis saw not an immediate decline, but a plateau in superyacht output.

While the number of shipyards has indeed consolidated within this period, output per yard has increased, resulting in a more concentrated new build market and an elite tier of Turkish shipyards.

This stagnation itself didn’t last long, and in 2013, Turkish delivery figures returned to figures close to its pre-2005 spike. However, this growth cycle, like much of the global new build market, was accompanied by a contraction in the number of active builders.

The number of unique builders in Turkey has seen a decline of 66.6 per cent since 2008, which represents a dramatic market consolidation. Indeed, this contraction is indicative of the global superyacht market as, in 2009, The Superyacht Agency recorded 103 shipyards making deliveries, whereas in 2018, just 56 were recorded.

While the number of shipyards has indeed consolidated within this period, output per yard has increased, resulting in a more concentrated new build market and an elite tier of Turkish shipyards. 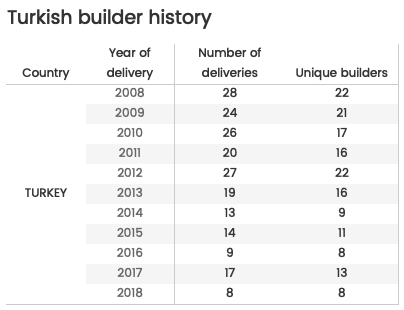 But, in comparison to the rest of the market, this consolidated group of Turkish builders offer an opportunity to prospective superyacht owners that other shipyards cannot. As Yildirim Bilgin, sales director of Bilgin Yachts explains, “Here you can get great craftmanship with a lower budget. High quality and locally-produced materials have a big role in this, too. And when a customer buys a yacht, they would feel comfortable with the marine expenses as well as wintering costs since we have lots of good opportunities in the area.”

Recently, the political climate has understandably instilled some concern over thecountry’s viability as a marketplace, with examples such as that reported in 2016, where the US embassy published an emergency travel warning stating that there are ‘credible threats’ to tourist areas in Turkey, particularly in the cities of Istanbul and Antalya, triggered by the conflict in the Middle East. But these fears have largely abated. And while the British Government still advises against traveling within 10km of the southernmost boarder, tourism in Turkey remains extremely popular, with nearly 40 million foreign tourists according to Turkish ministry figures.

The country’s mercantile community is also continuing to grow. “Lately, Turkish people have started to travel more and those who are in the yachting business always follow the international events,” says Bilgin. “We have clients who are so much in the business and understand what is going on and know what they are really asking for. Therefore, in terms of the sociological climate we are going well.

“The economic climate [in Turkey] has its ups and down, but we keep our hope as builders,” continues Bilgin. “Turkey has always been a country where the industry keeps going, no matter what.”

In addition to the economic climate and potential for a high-quality superyacht with attractive pricing structures, the maritime industry is one that is engrained in Turkish culture, and therefore the country is replete with excellent superyacht infrastructure. This corner of the Eastern Mediterranean offers a multitude of cruising opportunities to accompany the Turkish superyacht building industry.

While delivery figures may show a decline in 2018, down to a total of eight deliveries nationwide, the country’s order book shows promising, albeit optimistic projections, with 26 superyachts scheduled for delivery in 2019 alone. Here shipyards including Tansu, Turquoise, Bilgin Yachts, Numarine and Mengi-Yay all plan to contribute to the projected cumulative LOA of 1319.9m scheduled for this year among other shipyards in Turkey.

While delivery figures may show a decline in 2018, down to a total of eight deliveries nationwide, the country’s order book shows promising, albeit optimistic projections, with 26 superyachts scheduled for delivery in 2019 alone.

Furthermore, the average LOA of Turkish new builds has shown a gentle increase in the last 10 years, as larger yachts have been commissioned, such as 76.7m Go, built by Turquoise Yachts and designed by H2 Yacht Design.

There is no doubt that Turkey presents bountiful opportunities to prospective owners looking for value in the new build market. Active shipyards in the region have proved that they can build high-quality superyachts and with pedigree designers, such as H2 Yacht Design, Evan K. Marshall and Omega Architects penning the vessels, Turkey clearly is continuing to demonstrate its global pedigree.