M/Y 'Alicia' will now undergo a period of sea trials for two weeks before heading to St. Tropez… 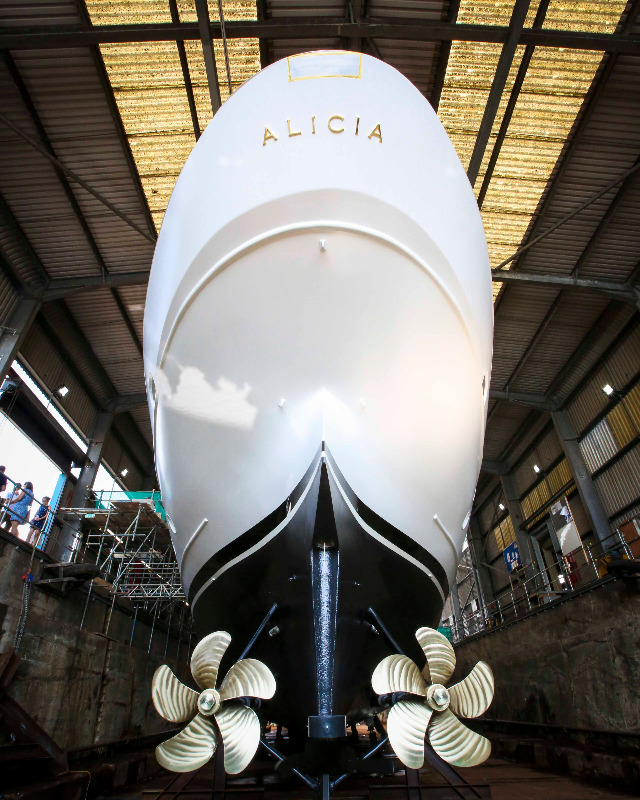 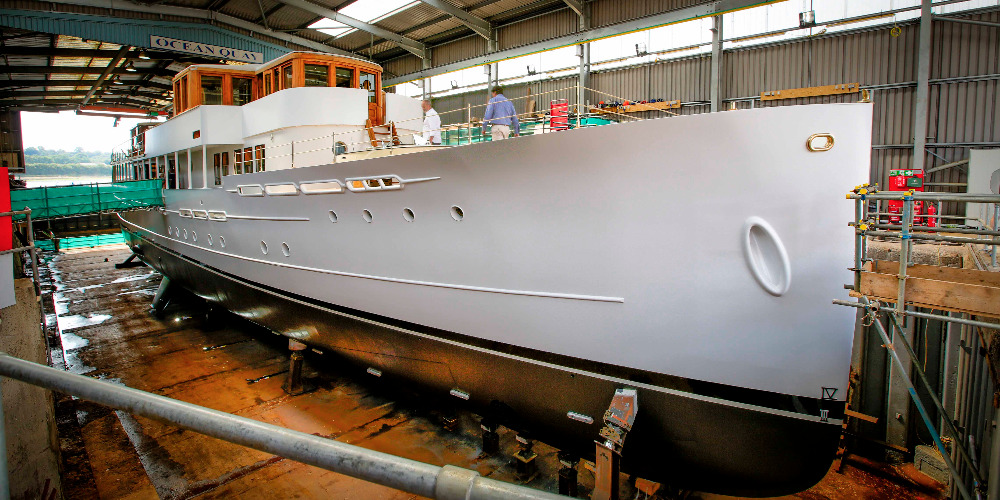 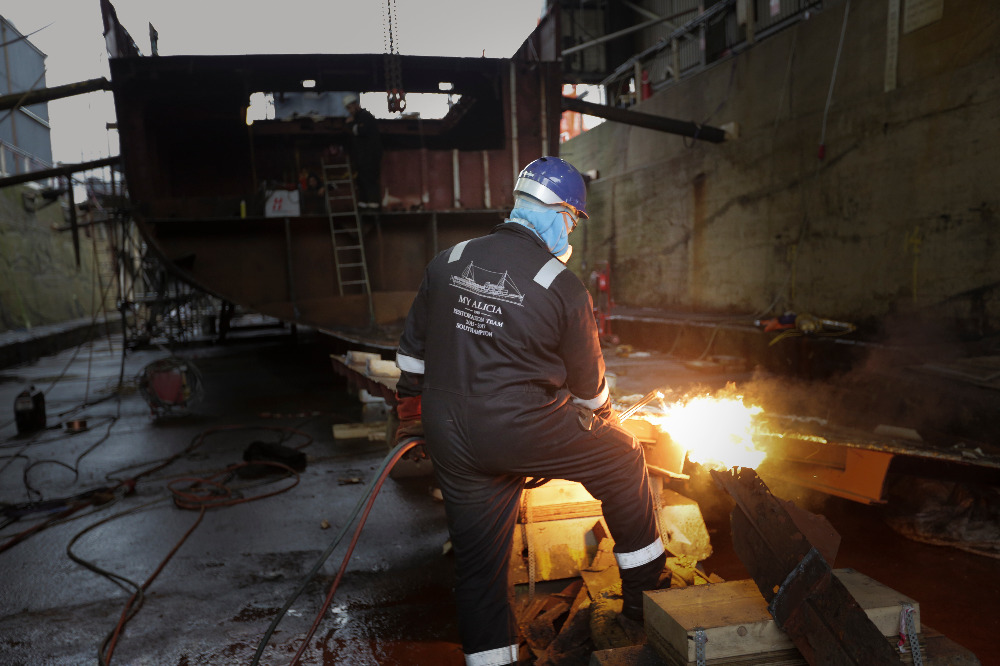 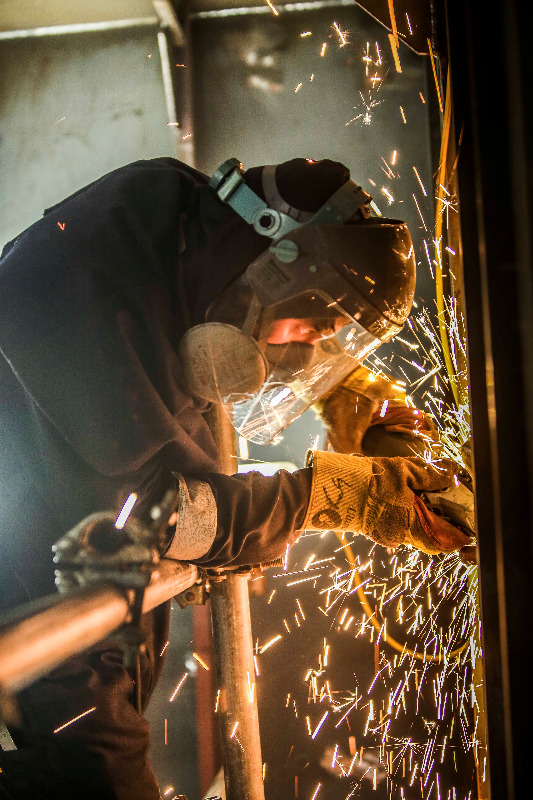 SMS Group, the British engineering and refit specialist, has announced that 50m M/Y Alicia has officially been launched following a three-year restoration project at its Southampton shipyard. Having now completed three iconic superyacht refits, SMS now finds itself being recognised as a key facility for classic yacht restoration.

Originally built by the US shipyard Defoe Shipbuilding Company in 1930, the owner had one very clear objective for M/Y Alicia; to retain her heritage and restore the yacht to her original design – with the addition of modern technologies.

“It was really a restoration project from the keel up,” says director, Nicholas Warren, “The owner fell in love with the original boat, which was originally M/Y Janidore and wanted to retain the classic traditional design of the boat.

“Throughout the vessel’s history she’s had good and bad refits, good conversions and bad ones, but what was absolutely key to the owner is that she was reinvigorated along the lines of the original vessel,” continues Warren. “So, all of the effort and energy went into ensuring that the boat that is on the water today, while it ticks the aspirations in terms of interior layout and the focus on his family, stays true to the original as much as possible.”

On such an extensive project, one might be forgiven for thinking that a new build would be more appropriate route to take. However, in this case, it was down to the owner’s fondness for the original 1930s vessel that played a vital role in the decision to redevelop the original vessel.

“The owner has a genuine passion for the history of the vessel,” Warren explains. “While he could easily have taken a picture of the vessel and gone to a shipyard and asked them to build it, the owner had a desire to keep as much of the original boat as possible, while ensuring that their investment is secure for the future. So, the effort and energy that goes through the ship’s systems, from the propulsion to the air conditioning is in effect modern, but he wants to retain as much of the original heritage and tradition as is possible.”

“The launch is a major positive milestone in another huge refit project for the SMS Group, all our colleagues and all our suppliers,”

“The launch is a major positive milestone in another huge refit project for the SMS Group, all our colleagues and all our suppliers,” says Peter Morton, CEO of the SMS Group. “It’s big, big news. As a company we are genuinely thrilled to have had the inspiration and support of another truly exceptional British businessman; and whilst the project has been challenging, the end result is simply outstanding. M/Y Alicia is unquestionably beautiful”.

The owner played a vital role in the success of the project and comments of his delight of the work done by SMS. “Refitting Alicia in the UK was the right call and it has been an absolute delight,” comments the owner. “The end result will be something that we can all be very proud of - she’s fantastic, she’s British - and she’s truly unique.  For many years to come she’ll be a big part of our family”.

Now that the yacht has officially been launched and sits outside of the yard, the mast and rig will be fitted to the vessel, along with some final exterior outfitting. Alicia will then undergo the trials and commissioning period for two weeks before heading to  St. Tropez in time for the classic regatta at the end of September.

Following on from this significant project, SMS have more work in the. “We have a couple of very big projects happening in the commercial space at the moment, we’re looking at a work boat and a very large pontoon and with the superyachts we are looking at another classic to come in behind Alicia. In the interim we are actually carrying out another refit and restoration programme for the owner of Alicia on an old Thames barge,” concludes Warren.