The second Sunseeker 155 has emerged from the construction shed in Poole following the launch of 40m 'Zozo' earlier this month.… 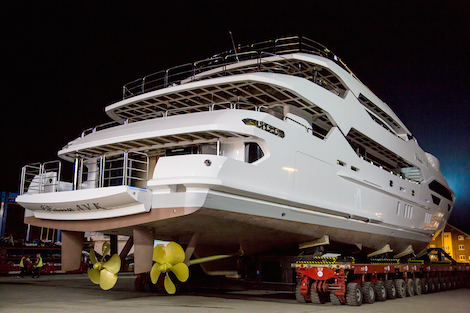 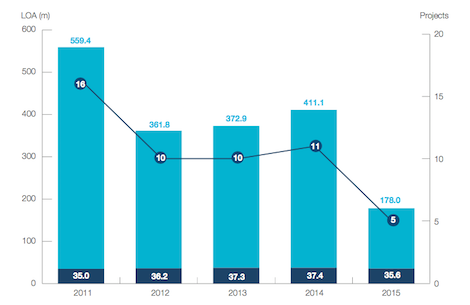 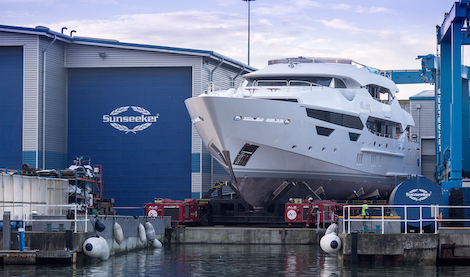 Sunseeker has begun the year on a high, following the launch of 40.1m Zozo earlier in January, with the emergence of the Sunseeker 155 – the largest yacht the English shipyard has ever produced - from its construction shed. The flagship 48m superyacht is not only the largest yacht under construction at Sunseeker, but also in the United Kingdom. Upon her launch, which is scheduled in the next few months, the second 155 will be christened Princess AVK by her owner.

Much like the majority of the Sunseeker fleet, the exterior and interior design has been completed by the in-house design studio in collaboration with the owner, who has influenced not only the interior design and layout, but also the superstructure of the yacht.

Upon completion, the 155 will accommodate 12 guests over six cabins. Her forward lower deck area will also accommodate up to 10 crew with a separate captain’s cabin, located adjacent to the wheel house. The upper salon features a full-length stone finished bar as well as a secondary dining area for a less formal experience.

Sunseeker has 11 superyachts scheduled for delivery in 2016, of which six have an LOA over 40m. This will be a strong improvement on the English shipyard’s 2015 delivery figures of six.

Over the last five years, Sunseeker has demonstrated consistency in terms of average LOA delivered, which ranges from 35m to 37.5m, as shown in the chart above. This is a pattern which is set continue into 2016 as the scheduled deliveries this year have an average LOA of 38.5m.

More information on Sunseeker’s performance is available in The Superyacht Intelligence Annual Report 2016.