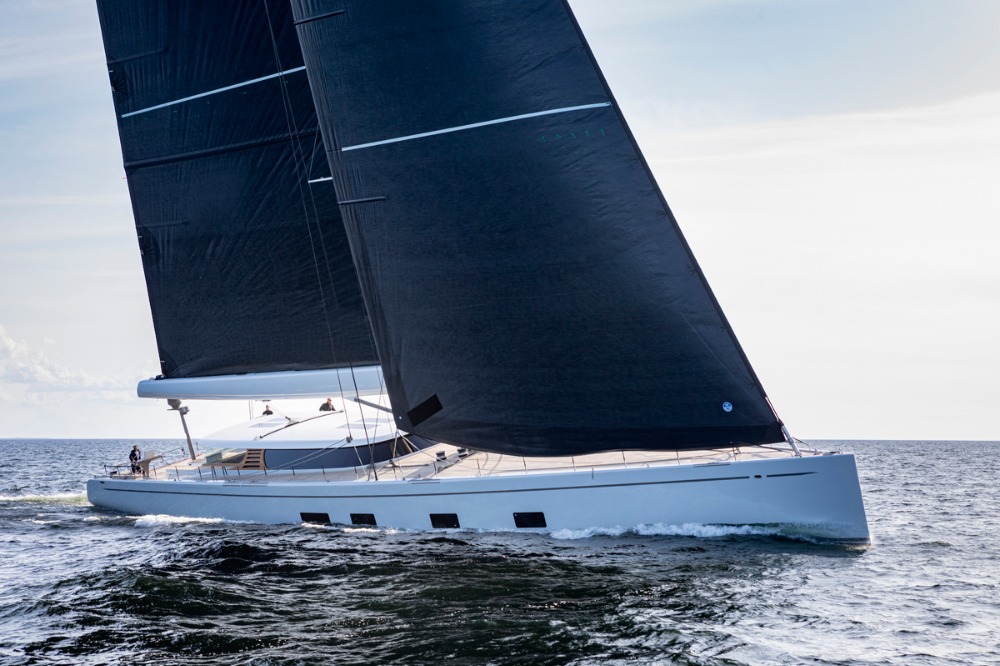 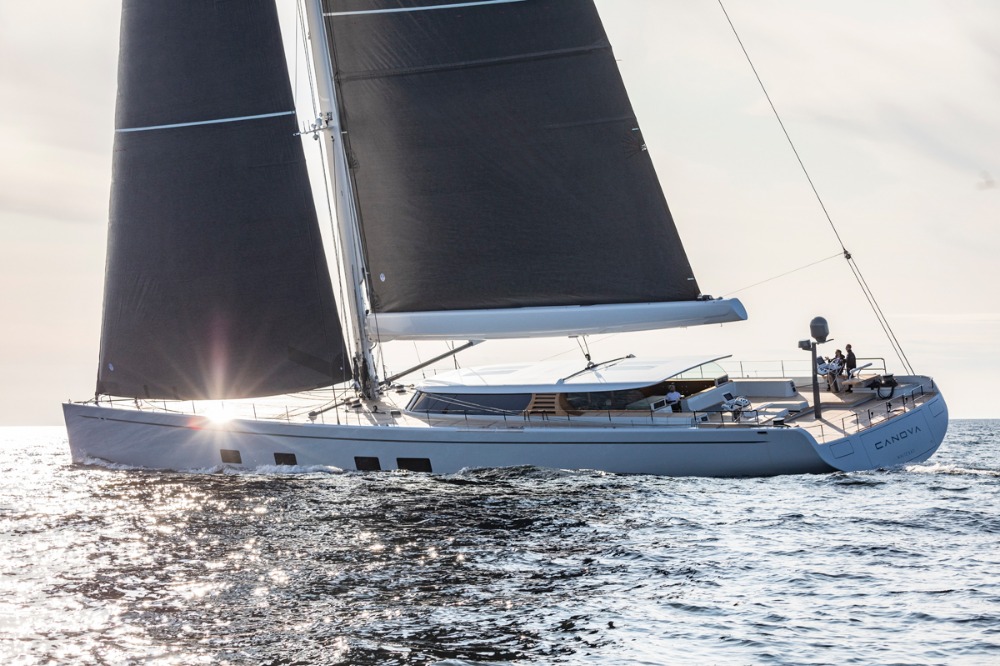 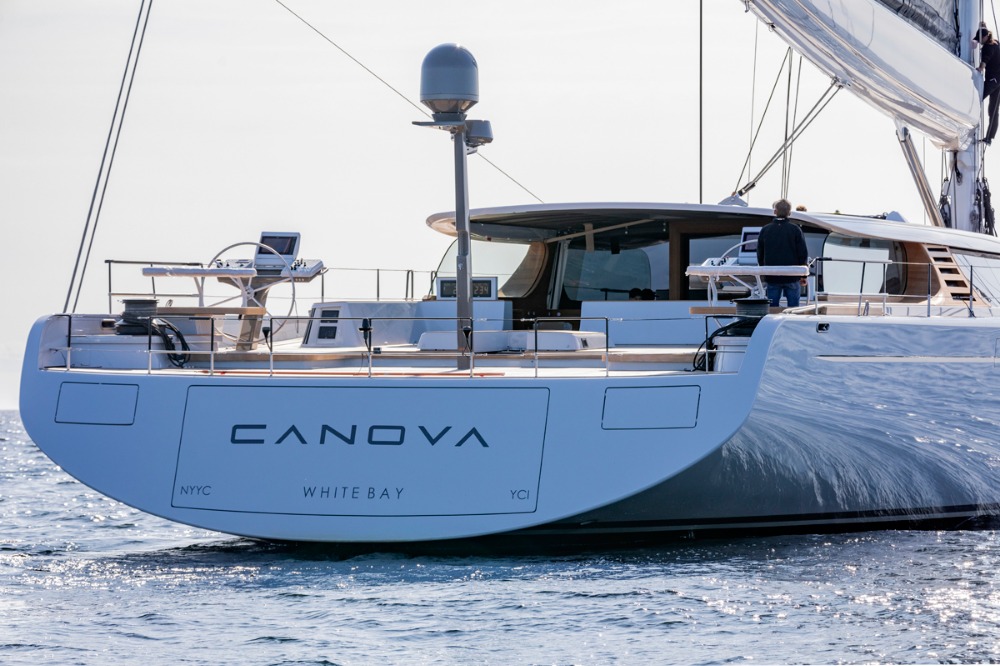 Baltic Yachts has reported that the first sea trials of the Baltic 142 Canova have produced promising results, confirming expectations for its sailing performance, diesel electric propulsion system and hydro-generation design, which have all been incorporated to make the yacht greener, quieter, more comfortable and easy to maintain.

The first yacht of its size to be fitted with a DSS foil, Canova has a rig designed to take the increased loads generated by the additional stability delivered by the foil, which reduces heel angle and improves performance. During the sailing trials, the push-button deployment of the 9m long foil is said to have been faultless and in stronger wind conditions the expected reduction in heel and pitching motion has been evident.

“The effect of the DSS foil was noticeable and impressive, reducing heel and pitching and making Canova really light on the helm,” explains Baltic Yachts’ sales director Kenneth Nyfelt, who was aboard the yacht during some rough weather sailing.

Also being tested is Canova’s innovative diesel electric propulsion and hydro-generating system, which have reduced noise and vibration to an absolute minimum under power. During motoring trials, the electric propulsion system was reported to be barely audible aboard the yacht.

While sailing, Canova can use her propeller as a hydro-generator working through the electric motor, which in turn charges her six banks of Lithium ion batteries. Kim Kolam, senior electrical engineer at Baltic Yachts, who has been responsible for developing the propulsion and generating system, has said that preliminary numbers are promising and the team are confident fine tuning will deliver the performance we are expecting. 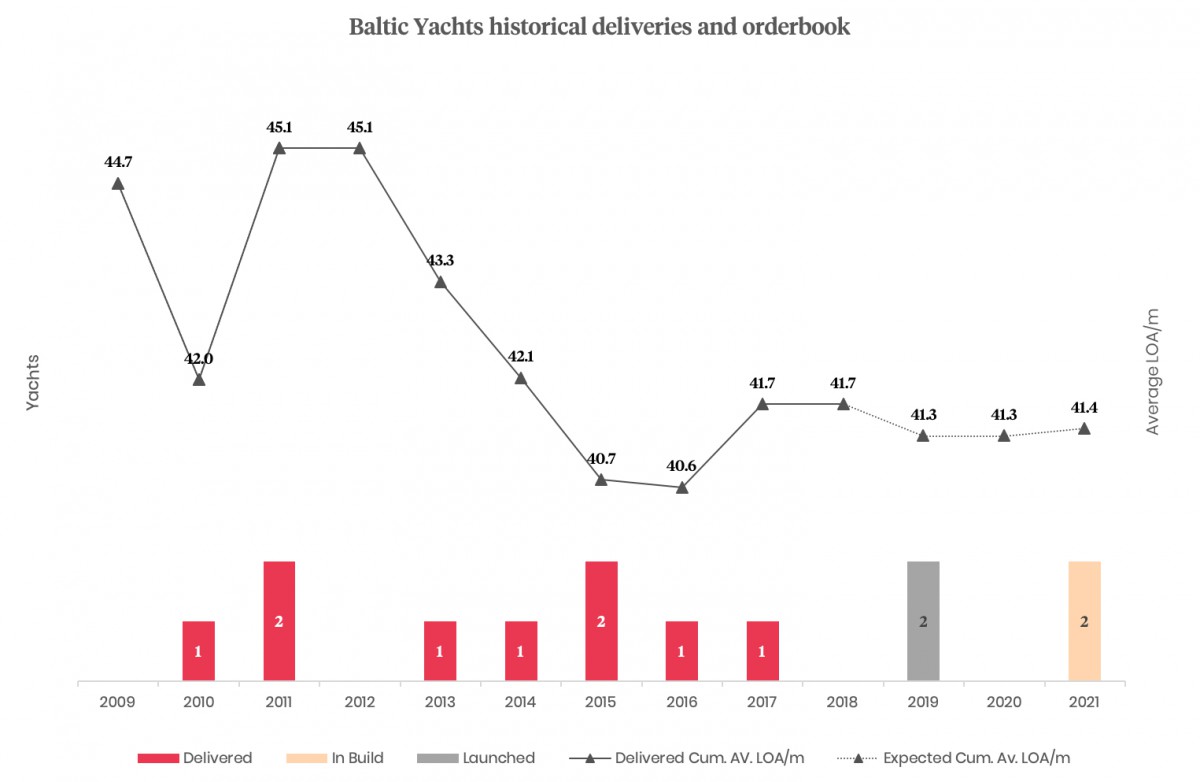 Canova will be Baltic Yachts’ second delivery this year, following the recent delivery of 34m Liara. Data provided by The Superyacht Agency shows that Baltic Yachts has maintained a fairly consistent delivery rate over the last 10-year period, with an average of one delivery per year. This is very positive considering the unpredictability of the sailing-yacht market and this rate looks set to continue over the next few years.