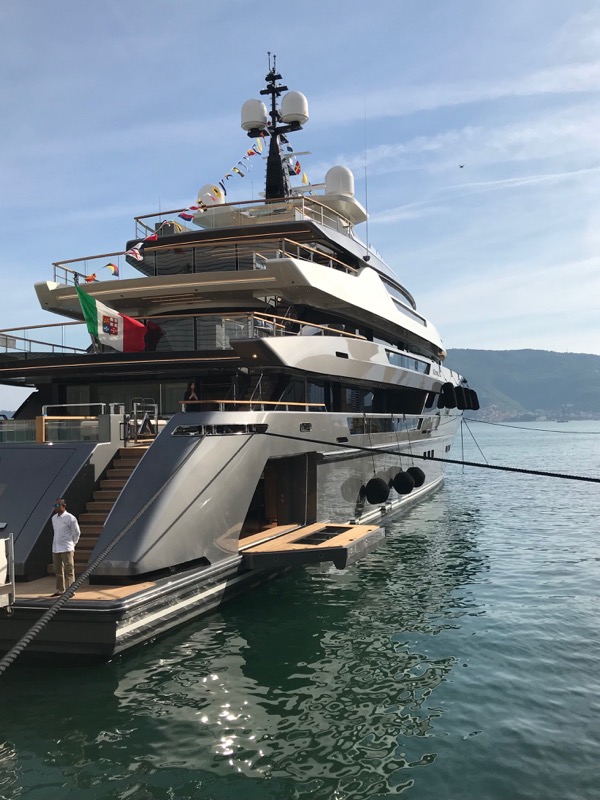 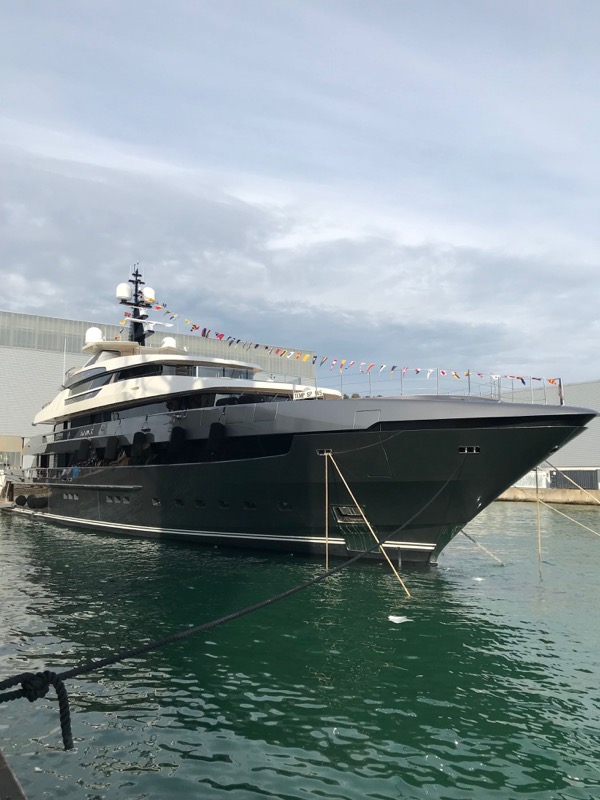 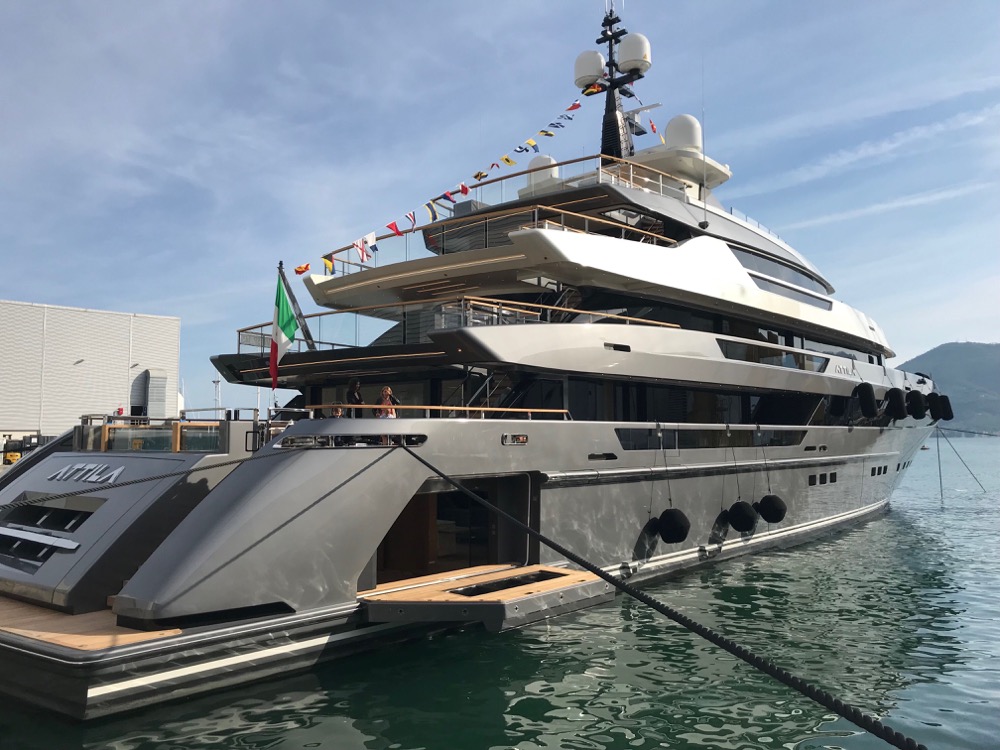 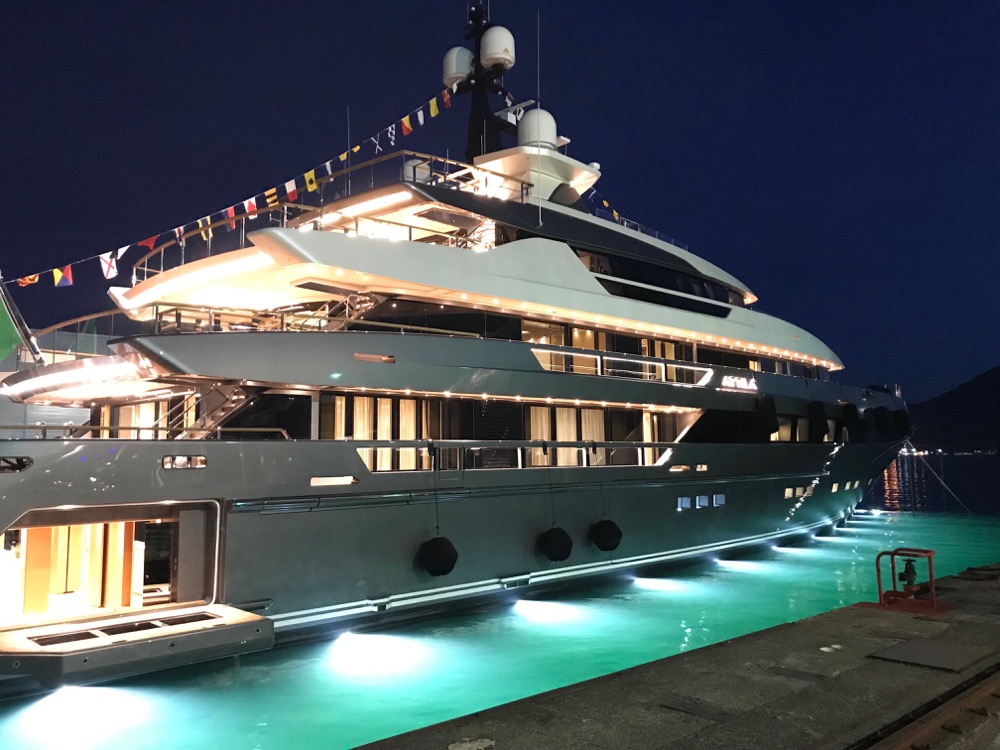 On Friday 24 May, Sanlorenzo signalled a symbolic milestone in its history, with the launch of its 1,600gt 64Steel, Attila. The five-deck, 64.25m vessel has a beam of 12.5m and features a ‘fast-displacement’ hull form. With the exterior designed by Officina Italiana Design and Sanlorenzo Style Division, the vessel was commissioned by an Argentinian client who had previously taken delivery of a 46Steel, Achille, in 2012.

At the culmination of a special ceremony to mark the vessel’s launch, the owner addressed those in attendance: “In my private and business life, I like to work with the same people. Building a yacht is a commercial proposal, but it’s also a matter of trust. I’ve known Massimo Perotti for many years and having built my last boat with him and his team, I really trust him. I knew that Sanlorenzo would have been able to build the yacht of my dreams.”

Showing SuperyachtNews around the vessel on the day of her launch, Vice President Sales & Marketing, Sanlorenzo Superyacht Division, Antonio Santella explained that Attila had originally been conceived as a 67m yacht, but had been reimagined 3m shorter, with the same 13m beam. The result is a vessel that, upon stepping inside, is noticeably voluminous for her LOA – a sense of space and openness that continues throughout.

Walking into the rather unique main salon, which features a spectacular double staircase leading to an expansive beach club, Santella explained, “one of the main ideas we had when designing this yacht was combining the two areas that we call the external beach club and the ‘al fresco veranda’”. The latter refers to the sliding floor-to-ceiling windows that lead out to an expansive terrace stretching above the water.

“Usually, there is little connection between the two areas, but in this way, we have connected these spaces for the guests on board,” Santella continued. Other notable features imagined by interior designer, Francesco Paszkowski include an indoor barbecue arrangement, which only adds to the flow of indoor and outdoor spaces.

“Another big advantage of the beam of this vessel is that we can accommodate two tenders [amidships] – a 10-metre vessel on the right side and an eight-metre vessel on the left side," Santella added. “This is another unique characteristic for a vessel of this size.” 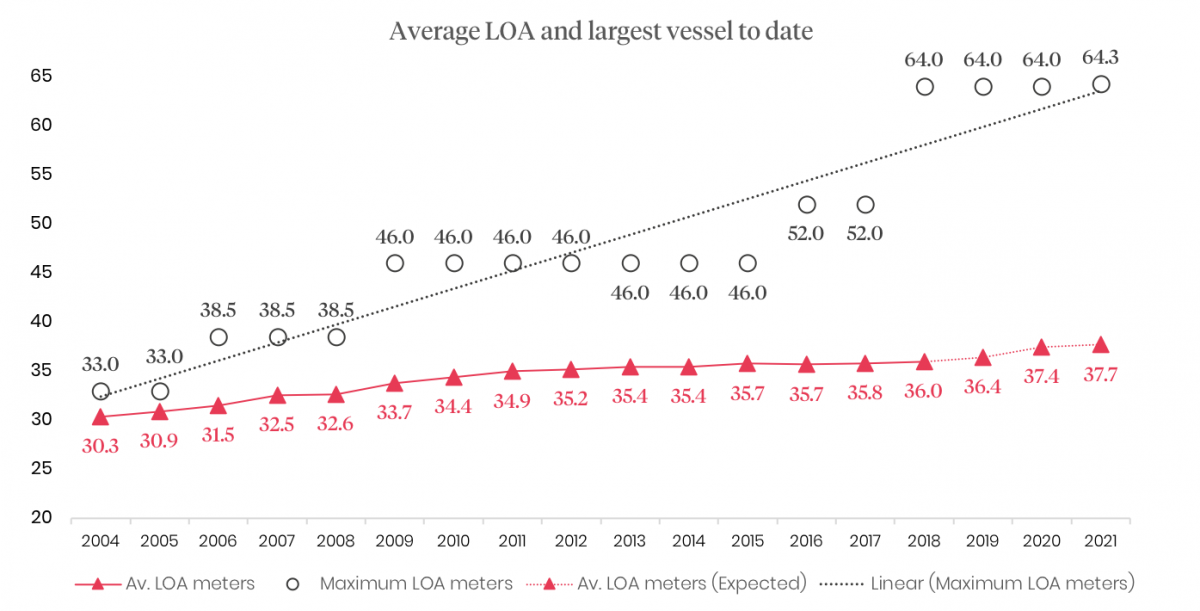 As the data collated by The Superyacht Agency in the graphics above indicates, in 2005 the largest vessel Sanlorenzo had built was 33.0m, almost exactly half the LOA of Attila. When evaluating the same time period, the average GT of a Sanlorenzo vessel has risen by a staggering 98.9 per cent. 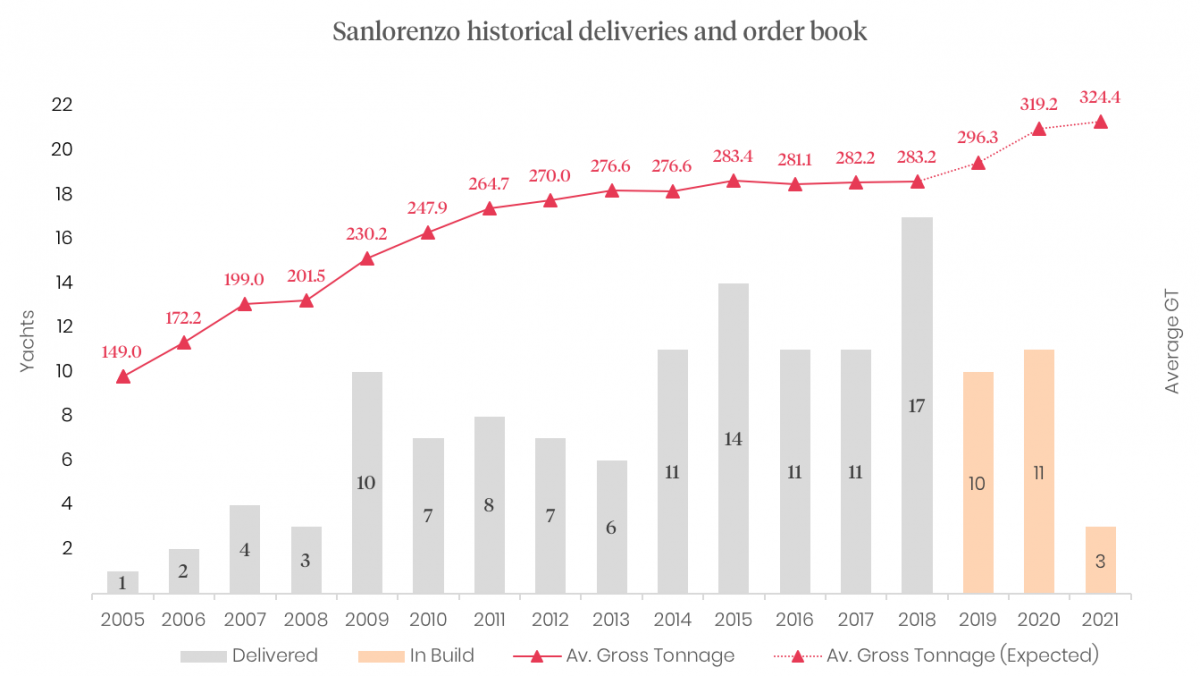 However, as if to highlight the breadth of Sanlorenzo’s offering, the average length of its superyachts has only risen by a relatively modest 6.1m in the last 15 years, underlining its work across the size spectrum.