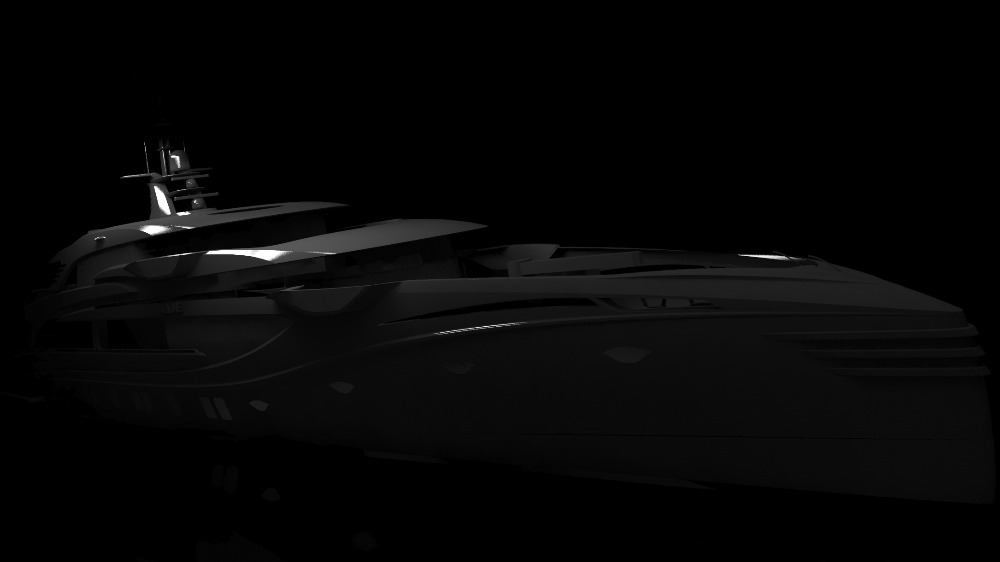 Dutch shipyard, Royal Huisman has announced that build contracts have been signed for a new Fast Displacement motoryacht, which will exceed 55m and remain under the 500gt threshold. Referred to as Project Phi, the secretive new project has been created by a fantastic line up of designers and promises to be something rather special.

While renowned for its sailing yachts, motoryacht construction is not a new enterprise for Royal Huisman, having delivered two motoryachts (37.5m Salt Dance in 1983 and 35.8m Arcadia in 2006) prior to the signing of Project Phi. Reportedly, the project has been years in the making, following hours of discussions between the owner and Cor D. Rover, who is responsible for the project’s exterior design. Alongside Cor D. Rover and the in-house Royal Huisman team, the owner’s current captain, Yacht Consultant and Arcon Yachts were key players in materialising this new project.

Project Phi’s naval architecture has been configured by Van Oossanen Naval Architects. It is Van Oossanen’s ingenuity with hull design that has been credited for ensuring that Phi can remain below 500gt and still retain plenty of space on board within its 55 metres. Using a specially developed platform called Fast Displacement XL hull form, a development of Van Oossanen’s pioneering FDHF concept, enables greater lengths that still remain below 500gt, which also facilitates increased levels of comfort and stability in comparison to conventional displacement configurations.

Although details of the exterior styling are still very much under wraps, we do know that this is set to have some pretty futuristic styling with what appears to be a plumb bow and particularly curvaceous lines. Thanks to the Fast Displacement XL hull form, the yacht will also feature what has been described by the shipyard as “some unrivalled guest spaces, all executed to the absolute finest of possible standards.” The gyro-stabilised yacht has also been designed to reach a maximum speed of 22 knots.

Upon the request of the owner, the interior styling of the vessel has been created by London based design studio Lawson Robb, with the instruction to embrace and continue the principles of progressive design.

“This is an extraordinary project, an extraordinary client and team with an extraordinary vision,” says Charlotte Robb, co-founder of Lawson Robb. “We are extremely excited to work with such an inspirational team in creating a truly unique home away from home and setting a new bar for yacht design."

Another aspect that is at the heart of Project Phi, is the requirements for advanced technological systems, as requested by the owner. As a result, the relatively low volume project has been devised to feature machinery and technical systems which can meet a series of performance objectives, which include simplicity in operation and maintenance. This is reportedly just one of the reasons that Royal Huisman was selected to build Project Phi, taking advantage of its experience in overcoming spacing challenges which are often associated with sailing yacht construction alongside the shipyard’s experience in the integration of pioneering technologies, despite these challenges.

The exact construction dates of Project Phi remain confidential; however, year of delivery is scheduled for 2021.

A closer look at M/Y 'Irisha'

The Superyacht Design Forum: not just another event